REBIRTH: How DC Comics saved itself from disaster By Christopher Baggett   In January of 2016, DC Entertainment co-publishers Dan DiDio and Jim Lee set the Internet abuzz with...
by Former Writers January 11, 2017

In January of 2016, DC Entertainment co-publishers Dan DiDio and Jim Lee set the Internet abuzz with a single image. The tweets, now seemingly deleted, featured a blue curtain with the word “REBIRTH” written across it. There was a fervor spread across the Internet. What could it mean? A few days later, in an attempt to manage expectations, they released the same image but with a single line added: “It’s not a reboot…and it never was.” 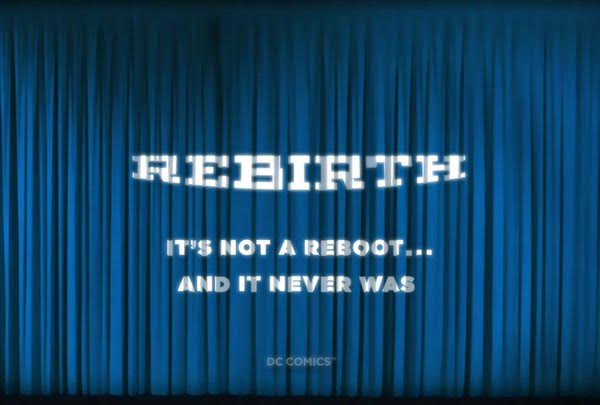 DC Comics built fan hype into a frenzy with the tease of yet another reboot in 2016. Img. Geoff Johns, via Twitter.

Quelling talk of a reboot was meant to bring peace of mind to the fans. In 2011, DC decided it needed a clean slate. “Flashpoint” saw The Flash change history, and when he tried to restore it, the pieces didn’t line back up correctly. The result was a brand new timeline. Characters were younger, origins were rewritten and the entire line relaunched as “The New 52”. The hype was palpable. An electricity came across the Internet as fans lined up for midnight releases of a relaunched Justice League. And then, it just fell flat.

Readers were greeted with characters they didn’t recognize and stories that tried too hard to be edgy. Beloved heroes like Wally West, Jay Garrick, and Alan Scott no longer existed in the new continuity. It didn’t take long for the general perception of DC’s ambitious relaunch to sour, as sales dropped and fan backlash ensued. The characters were unrecognizable. They were several years younger and given brash, arrogant personalities. Several surprising launch titles such as “Static Shock,” “Swamp Thing” and “Resurrection Man” garnered attention. But within a year they were canceled and replaced with more titles featuring Batman and Superman. Fans felt disconnected from the characters. Nothing they had previously loved about these comics seemed to exist anymore. Sales and reception began to drop, and DC soon stopped branding their titles as “The New 52”.

Nearly five years later, DC moved to correct course with “Rebirth.” As promised, it wasn’t a relaunch. Instead, elements of the prior reboots were brought into play. The number of titles shipped monthly dropped from 52 to 39, with several titles shipping bi-monthly. The New 52’s updated Superman, portrayed as young, brash and angry, died. Replacing him was the previous Superman.  Displaced from the multiverse as a result of a previous event, he had lived in hiding while raising a son with his wife, Lois Lane. The new Wally West, who had been given a radically updated backstory, finally became Kid Flash. But the original Wally made his return as well, having been trapped in the Speed Force by a mysterious entity. Storylines shifted and characters were rewritten with a running concept of prevalent hope. Most importantly (for the fans, at least) prices were locked in at a relatively low $2.99 an issue.

Fan reception to “Rebirth” was unprecedented. Sales skyrocketed, with reports that sales were up 29% from record numbers reported at the launch of “New 52”. Fans who were long jaded came back in droves. Their childhood heroes had returned. Books returning to form, such as “Batman,” “The Flash” and “Nightwing” garnered some of the best reviews they’d seen in years.

I’m one of those fans, obviously. I fell out hard with “New 52”, seeing nothing appealing about those iterations of the characters I’d read since childhood. But “Rebirth” caught my attention from the get-go, with the return of my favorite Flash and the updated take on the characters. DC had spent years avoiding Superman and Lois Lane having a family, for fear it would make him seem too old. Now that it’s here, Superman as a dad is such a no-brainer that it’s a shame it hadn’t already been a story. Moments like Nightwing returning to Bludhaven or the two Wally Wests bonding over their mutual heritage bring a real sense of joy to my heart.  It’s refreshing to be reminded of why I loved these concepts in the first place. 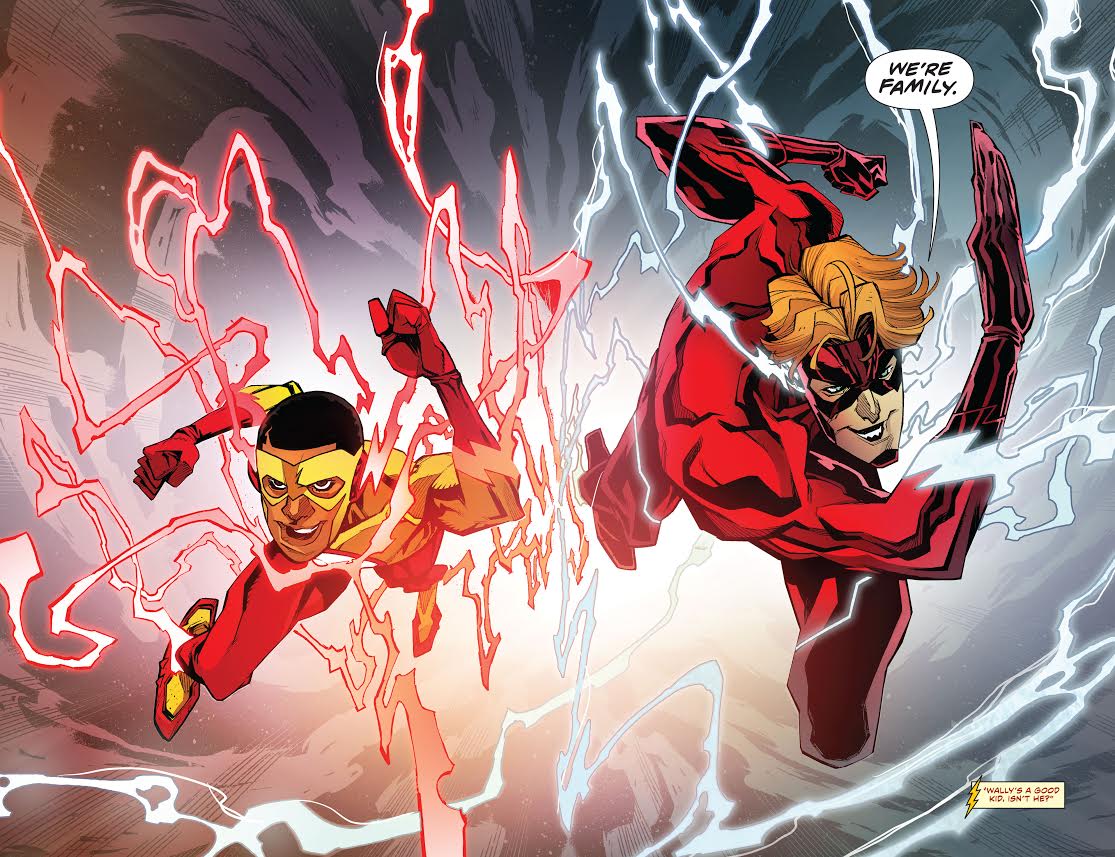 DC managed to change course and regain fans with a new focus on hope and classic character iterations. Img.: “The Flash” Vol. 5 #9

It’s great that DC finally found their recipe for success. It wasn’t in rebooting their universe or creating new characters. It was in embracing what made their characters popular to begin with decades ago. With a renewed focus on character and hope, “Rebirth” might be the most exciting shake-up since “Crisis on Infinite Earths.” The new line is wrapping up its first year this week. With more new titles coming and teases of the return of “Watchmen” characters, DC Comics is well on the way to becoming the #1 company yet again.

The Geeked Gods Podcast-Trump Against Humanity