April showers bring may flowers, which is all well and good but the best byproduct of springtime rainstorms is that it provides me with an excuse to stay indoors...
by James O'Donnell April 24, 2017

April showers bring may flowers, which is all well and good but the best byproduct of springtime rainstorms is that it provides me with an excuse to stay indoors all day and watch TV. Sometimes the biggest issue facing someone on a boring day is trying to figure out something decent to binge watch for several hours at a time. With that I’d like to humbly submit my recommendations for your next rainy day-Netflix party. 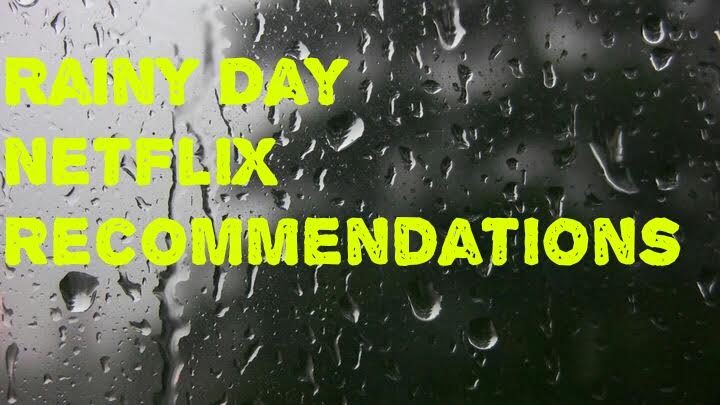 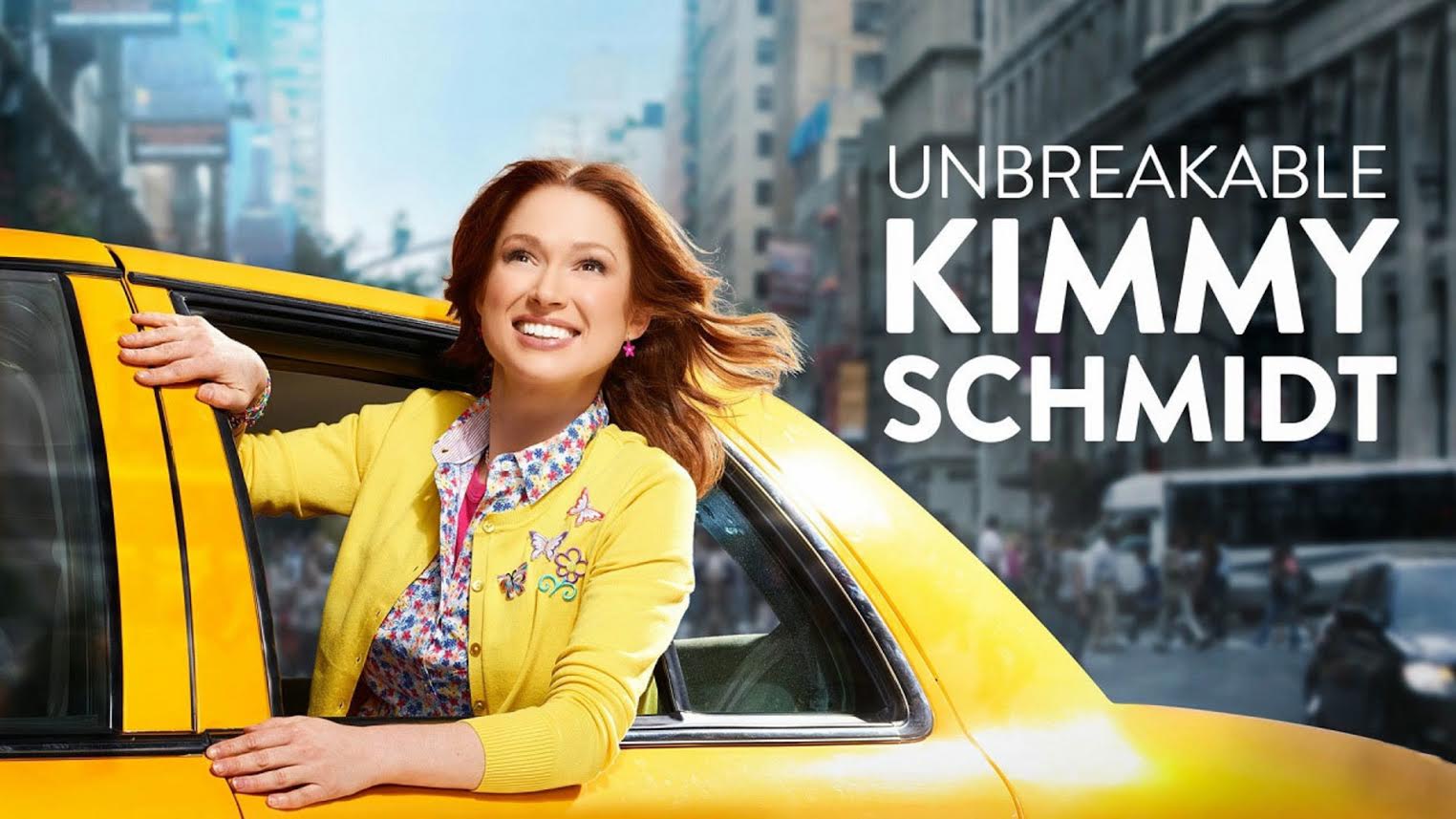 Fans of 30-Rock will love this hysterical fish out of water story that follows its titular protagonist as she tries to build a life in the big city after she escapes a kidnapping/sister-wives situation. Ellie Kemper shines as she leads a cast of 30 Rock Alums Tituss Burgess and Jane Krakowski and the legendary comedian Carol Kane. At 26 episodes this one requires a fairly strong commitment but the hysterical writing and excellent cameos from stars like Lisa Kudrow and Jon Hamm this show will keep you glued to your couch.

F is for Family 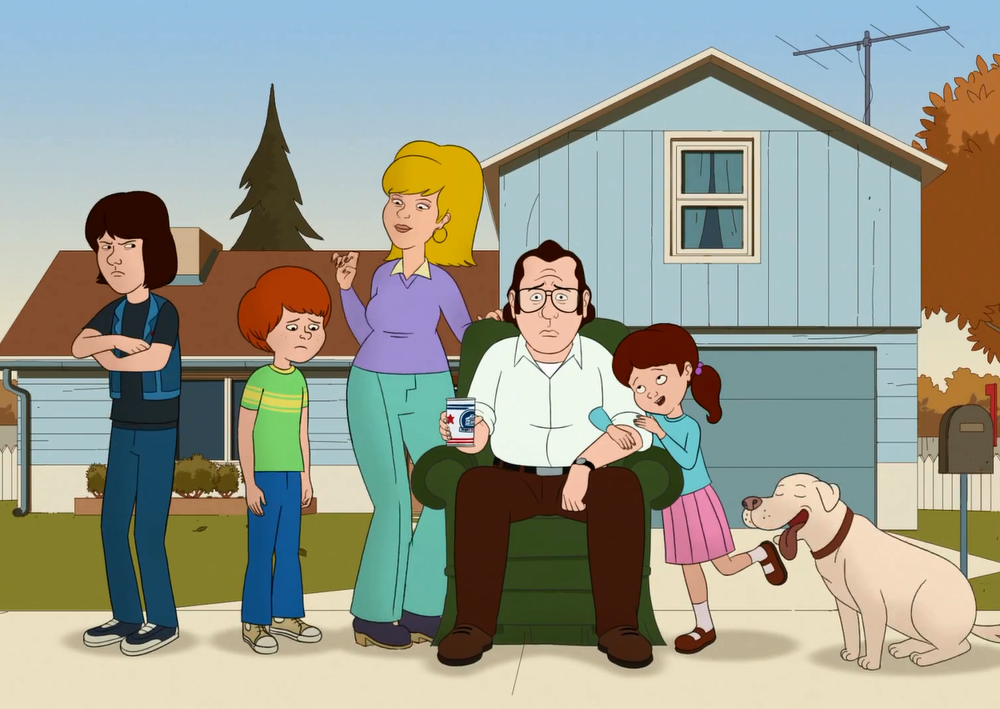 This criminally underrated blue-collar family comedy that centers on Frank an oft-angry father of three trying to make ends meet and raise his family in 1970s Pennsylvania. Though it only clocks in a 6 episodes, this show makes the most of them, fleshing out stories for each member of the family. Bill Burr takes the lead in a cast that includes Laura Dern, Justin Long, Kevin Michael Richardson and Sam Rockwell. 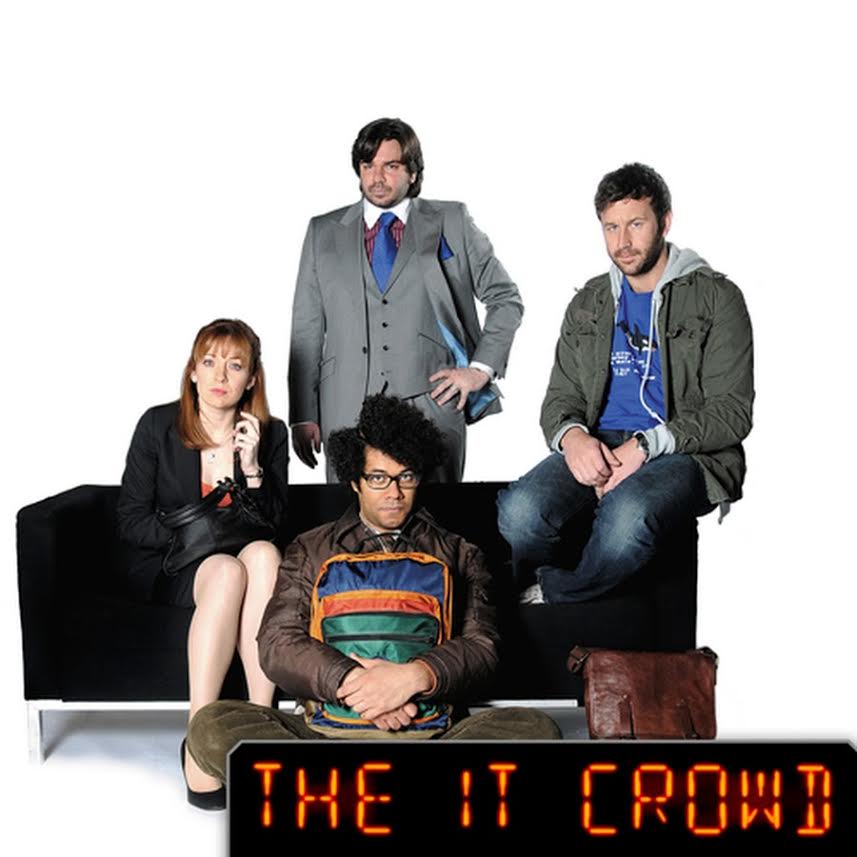 This hit BBC comedy first debuted back in 2006 launching the careers of Richard Ayoade, Chris O’Dowd and Katherine Parkinson alongside Mighty Boosh alums Matt Berry and Noel Fielding. The story follows the exploits of two anti-social computer nerds and their pathological liar boss as they attempt to navigate the perils and pitfalls of corporate life in London. This show boasts a manageable 25 episode length across four seasons (which is pretty lengthy for a BBC show) but by series end you’ll be begging for more. 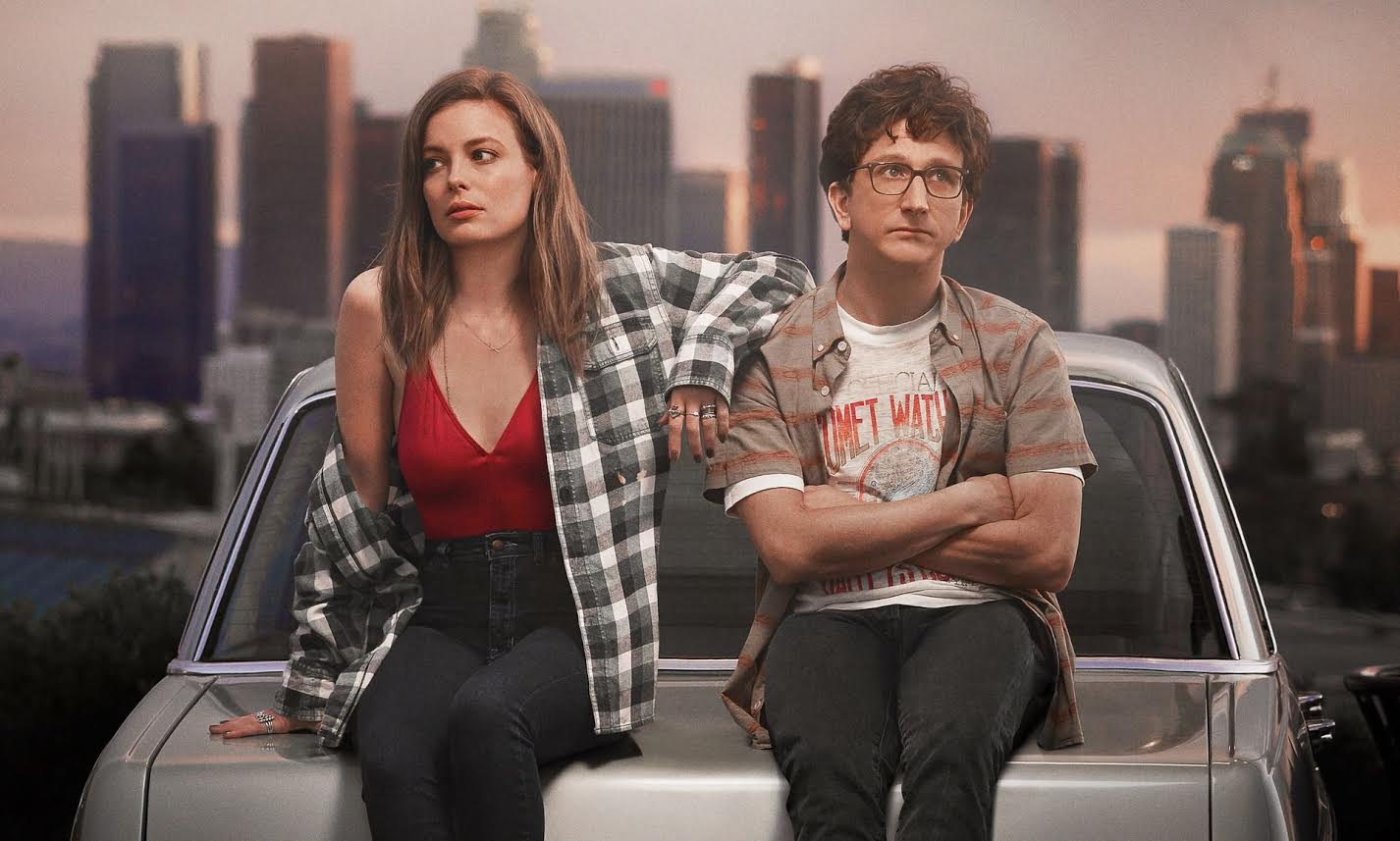 Judd Apatow’s incredible dramedy is a send-up of both relationships in your early 30’s and life as a single person in Los Angeles. This show carries its 22 episode run well, with laugh out loud humor, heart wrenching drama and some pretty dope theme songs for movies without theme songs. Starring Community alum Gillian Jacobs alongside co-creator Paul Rust, this show features supporting roles from some of the best names in comedy like Kyle Kinane, Bobby Lee, Dave Allen and Milana Vayntrub (that girl from the AT&T commercials). 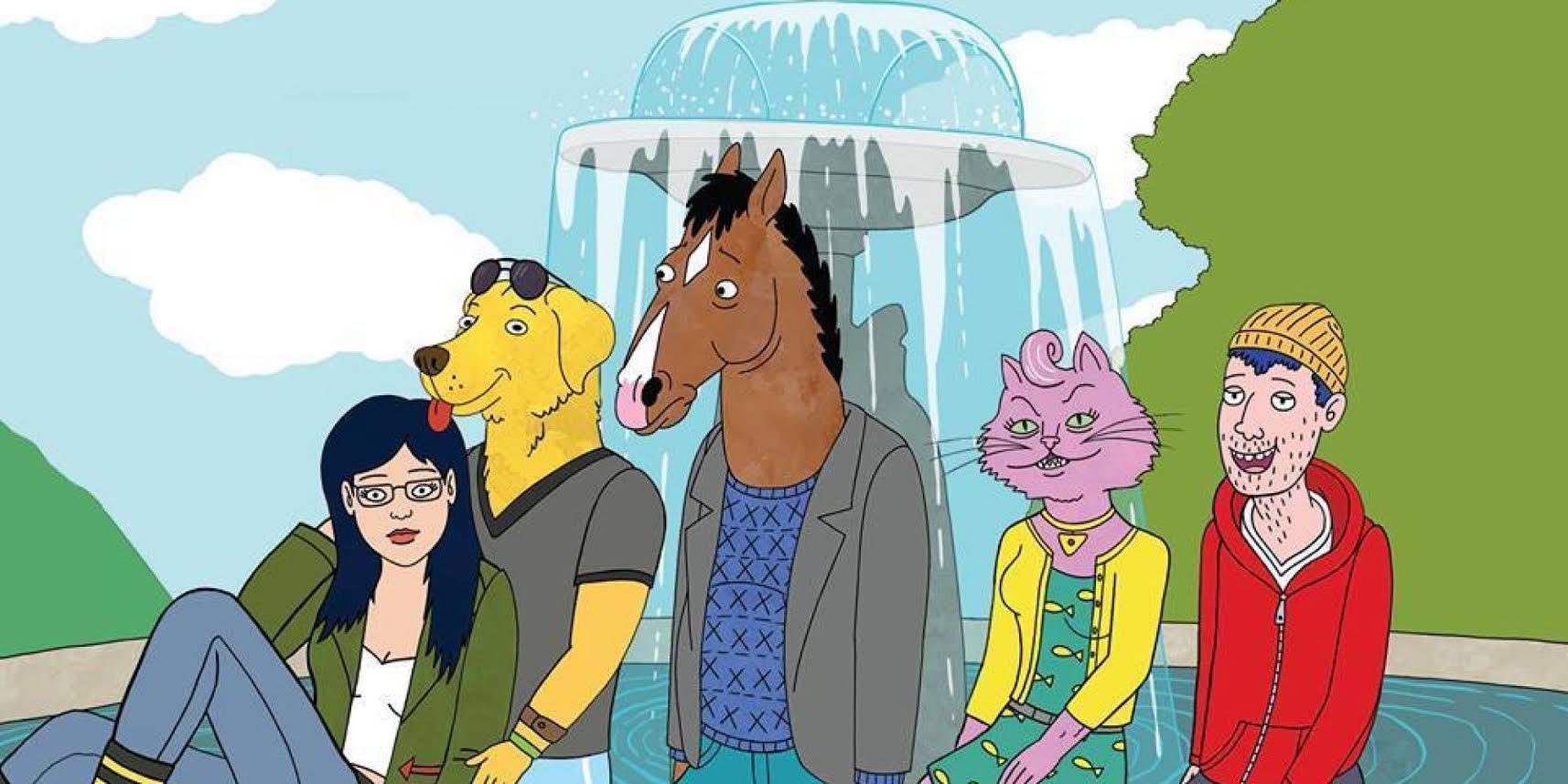 If you’re not already watching this binge-inducing story of a washed up actor drowning himself in alcohol and generally brooding his way around Los Angeles you need to stop what you’re doing and start watching now. I don’t care if it’s the most beautiful day of the year; ignore the sun and queue up this show. Lego Batman star Will Arnett voices the misanthropic title character and is joined by a veritable who’s who of Hollywood heavy hitters; Aaron Paul (Breaking Bad), Allison Brie (Community), Amy Sedaris (Strangers with Candy) and Paul F. Tompkins (Moustache Aficionado’s Man of the Year 2016). At 36 episodes plus a Christmas Special episode this is a great show to pick up if you’ve got a lot nowhere to be and a void in your life that needs filling.

There you have it, I hope you’ll enjoy loafing on your couch for the foreseeable future!