It’s Raining Pop!s What Makes Pop! Vinyls So Popular   Funko’s Pop! Vinyls have become insanely popular. So much so that Funko expanded their Pop! line onto t-shirts and... 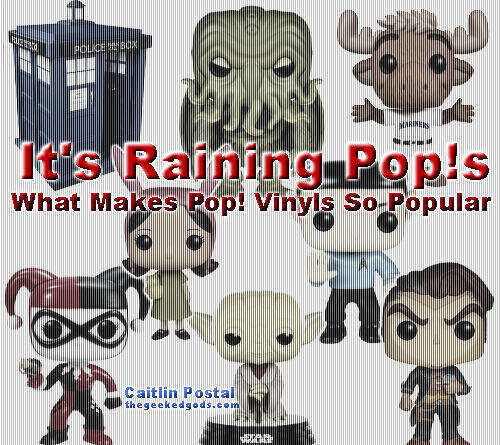 What Makes Pop! Vinyls So Popular 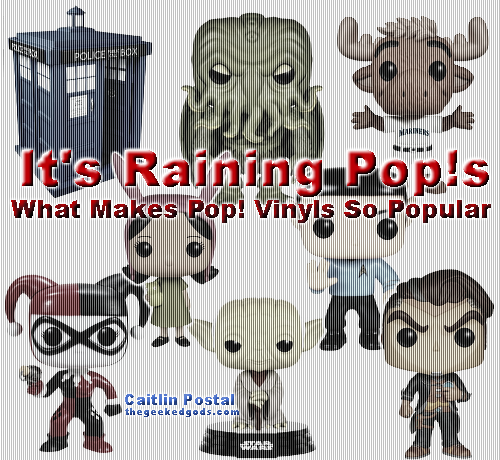 Funko’s Pop! Vinyls have become insanely popular. So much so that Funko expanded their Pop! line onto t-shirts and homewares. But what exactly makes Pop!s so damn popular? I worked in toys and collectibles for about two years and witnessed the Funko name grow and grow and grow.

For starters, Funko attains good licenses in order to create a wide variety of products. From Golden Girls to DC Comics to Disney, there’s something for everyone. Funko’s team has done an incredible job identifying what will be popular, designing recognizable Pop! Vinyls, and then offering those Pop!s to the general public. Fans of Game of Thrones and football fans are equally welcome, since there are Pop!s for both. The serious collector might seek out the Freddy Funko mascot Pop! Vinyls, featuring Freddy Funko himself. They’ll even have the iconic Big Boy of Bob’s Big Boy available at their San Diego Comic Con 2016 Pop-Up Shop!

Now we know there’s something for everyone, but what makes Funko stand out from other retailers? It’s the cuteness factor. The Pop! design is unique, adorable, and recognizably Funko. The Pop! Vinyl design unites a variety of licenses so your collection will work together, even if you have Disney princesses on one side and NFL players on the other. The big round eyes on an oversized head with a much smaller body is quintessentially Pop! The stylization is just so damn cute that it’s hard to resist buying at least one.

That leads me to their price point. Most retailers will sell the standard 3 ¾ inch Pop! Vinyls for $9.99, though prices vary especially with exclusives and abnormal sizes. Because Pop!s are so inexpensive, it’s easy to fit one or two into your budget. While some statues cost hundreds of dollars, these cute figures probably won’t eat into your monthly paycheck if you’re buying just one or two!

Plus they’re small. Normal sized Pop! Vinyls measure 3 ¾ inches, which is smaller than an iPhone 6 (measuring in at about 5 ½ inches). Plus there are Pocket Pop!s that stand at 1 ½ inches tall and supersized Pop!s at 6 inches. So if you’re worried about collectibles taking over your shelf, one Pop! Vinyl makes a small addition. Because they are small, it’s fairly easy to amass a decently sized collection without running out of room in your home.

Not to mention the exclusives! Funko releases exclusives at conventions, through specific retailers, and through their own boxed subscription services (Marvel Collector Corps, DC Legion of Collectors, and Smuggler’s Bounty). The Funko Blog currently outlines the upcoming San Diego Comic Con 2016 convention exclusives, which includes BB-8 with a thumbs up lighter from The Force Awakens, Cowboy Deadpool, a 2-pack featuring invisible Elliott with Pete from Pete’s Dragon, and more. Conventions aren’t the only place to find Pop! exclusives. Funko partners with a variety of retailers (Target, Wal-Mart, and a slew of online shops, just to name a few) to offer exclusive Pop! Vinyls. If you’d prefer to get exclusives straight to your door (and you happen to be a Marvel, DC Comics, or Star Wars fan), Funko’s themed subscription boxes are the way to go. The Marvel Collector Corps Women of Power box featured an exclusive Squirrel Girl Pop! Vinyl complete with miniature Tippy Toe! Trust me, I’m still upset that I missed out on that box. 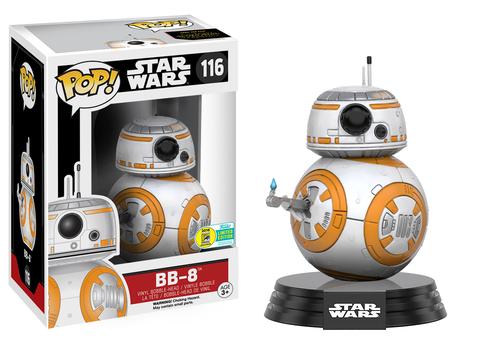 If nothing else, Funko’s interactive social media pages are a hoot. They’re always interacting with followers and offering fun giveaways. I personally love Funko on Twitter but you can find them on Facebook, Instagram, and YouTube as well. I know that social media doesn’t necessarily translate to popularity but the brand pages are run so well that you really feel like you are part of a collecting community. In addition to Funko’s official pages, there are a ton of community pages for trading and sharing Pop! Vinyl information, which definitely adds to the ambient popularity of Pop! Vinyls.

Of course, Funko isn’t limited to Pop! Vinyls. They also have stylized Mystery Minis, Dorbz, Mopeez and Fabrikations plush, ReAction and Legacy action figures, and a variety of assorted vinyl figures (including but not limited to Hikari Sofubi, Vinyl Vixens, Wacky Wobblers, and more). Yet something about the Pop! Vinyl reigns supreme, though the ever-so-cute Dorbz may give Pop!s a run for their money.