Rags and Bones: The Mummy at 18 By T.K. McNeil Movie remakes, once fairly rare and selective, have become so common in the second decade of the millennium, they...
by Guest June 9, 2017 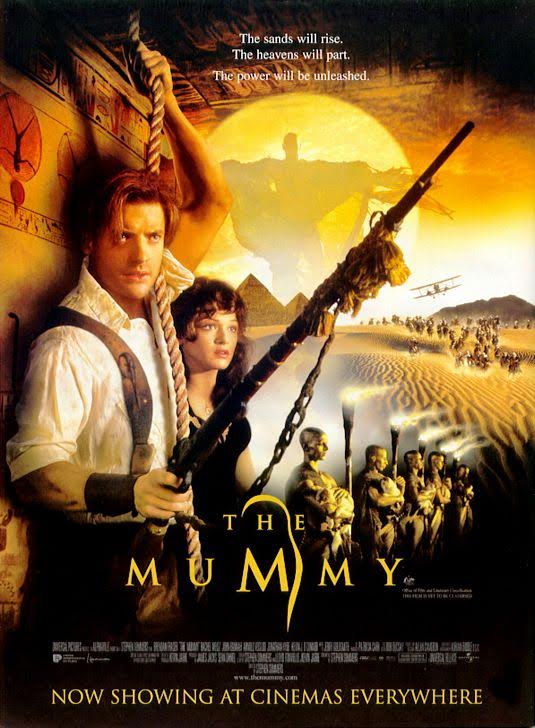 Movie remakes, once fairly rare and selective, have become so common in the second decade of the millennium, they have become their own sort of cliché. These days the second most common response to the news of – yet another – remake, sequel or ‘reboot,’ other than unbridled enthusiasm, is ‘why?’, mostly from those growing up in the 1980s and 1990s, back when even the mainstream Action flicks and Teen movies [ex. The Terminator, Alien, Predator, Say Anything, Heathers, Pump Up the Volume] were still fresh and original.

Born on the borderlands of this tectonic cultural shift, The Mummy (1999) starring Brendan Fraser and Rachel Weisz is an odd breed of goat. Both of its time and willfully anachronistic, the question if the movie still holds up nearly 20 years later is complex, not least because of its pedigree. Rather than being a direct remake of the 1932 Universal film starring Boris Karloff [Wikipedia], the interpretation is fairly loose and has more in common with a film by the British film studio Hammer Film Productions, which bought several Universal properties in the 1940s and 1950s. Once separated from the Universal classic, it is much easier to take the 1999 film on its own merits. 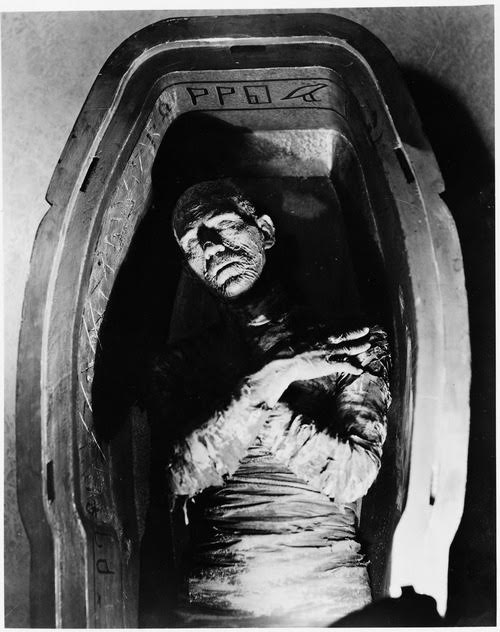 The plot, such as it is, is straight out of the classic Creature Feature playbook, involving ancient items given to a Cairo-based Librarian and aspiring Egyptologist [Weisz] by her brother who stole it from an American adventurer [Fraser] to came across them while in the French Foreign Legion. Through a convoluted series of events the Librarian and the Adventurer with the standard issue disposable crew of red shirts, head off on a grand adventure the brutal desert heat and roving bands of treasure hunters being the least of their worries. There are attempts at humor not all of which succeed, particularly in view of the original but most of them still work.

One of the advantages The Mummy has in both the 1999 and 1932 versions is it is difficult to place them. The original is so old it blends for most modern audiences into that nebulous chunk of time after sound but before color. The 1999 film, set in the mid-1920s, makes itself impervious to being ‘dated’ by literally and willfully dating itself. Every effort was made by everyone involved in the production to give not only the look but the feel of a bygone age far outside the lived-experience of the target audience. Unlike many other movies of the same time, such as the 1995 cult hit Hackers, which were so saturated in the fleeting pop culture of the day that they are easily recognizable by their place and time and, in some cases, are downright laughable today.

The greatest threat to the credulity of almost every film since 1992, the CGI is used cleverly, only used when absolutely required for effect, doing as much as possible to make it as seamless as possible. More Jurassic Park than the first Spider-Man.

The casting does not give much away either in terms of dating the flick to the late-1990s. Weisz, while known at the time was not famous to the point of distracting from the overall effect of the willful, trend-bucking, back-dating of the overall production. Not young enough at the time to date the film by way of her relative youth and not quite recognizable enough to distract from the verisimilitude of her character. She also manages to pull off the late-1990s trope of the pretty/ugly girl with aplomb. The only real elephant in the room is Fraser. While Hollywood has a history of questionable casting choices, such as putting Keanu Reeves in the role of John Constantine, comic book fans everywhere are still cringing a bit about that one, putting Fraser who was most famous for teen comedies in what is essentially an action-man role looks a bit odd. Especially when one considers how much more suited to the role Carey Elwes would have been. 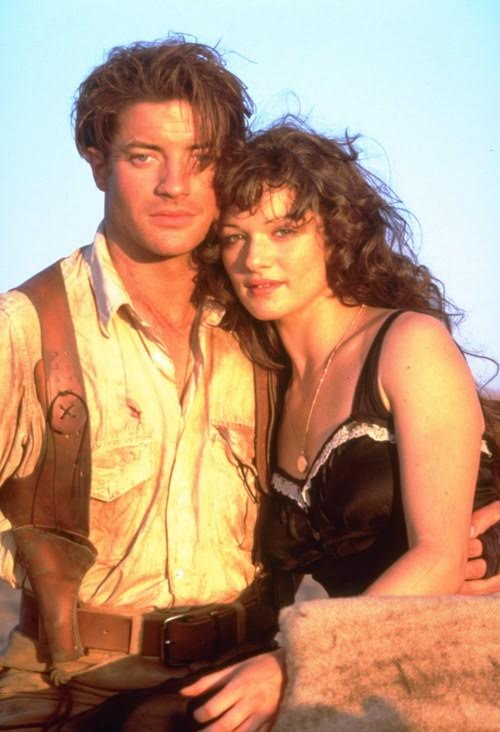 Still, though, Fraser does his job as well as he can, and so does the film. Despite the basic, B-movie plot and the adding of misguided attempts at intentional humor found nowhere in any of the source material, The Mummy is still quite effective as a fun, popcorn, action-comedy, more in the tradition of Indiana Jones than Fritz Lang, which is all it was meant to be. It stands apart from is weighty lineage while at the same time having fun with it, remaining as effective now as it was when Bill Clinton was still in office.