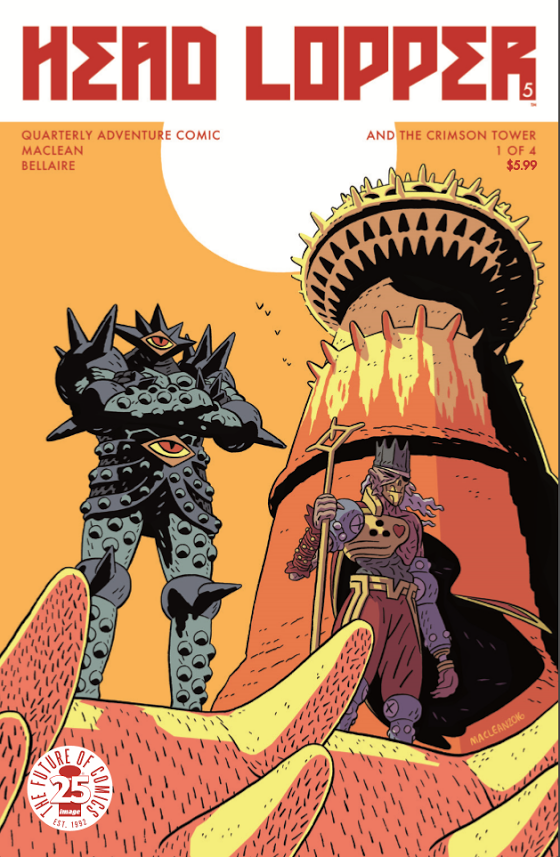 The Viking warrior Norgal (a.k.a. the titular Head Lopper) and the severed head of Agatha the Blue Witch are back in the next installment of the quarterly adventure series, “Head Lopper.” Yes, that’s right: quarterly. And I love that about the book. Quarterly comics have never been regular enough to be the norm in my life, but they were somewhat common in the mid-to-late 90s and early 00s. Books like “X-Men Unlimited” and “Superman: The Man of Tomorrow” were typically released during fabled Fifth Weeks where no other books were on the schedule, though they’ve largely been replaced by physical publications of digital first titles.

“Head Lopper”’s character moments are given room to breathe, thanks to the heftier page count.

Taking advantage of the quarterly format, “Head Lopper” #5 (which is also “Head Lopper and The Crimson Tower, Part 1 of 4”) comes in at a robust 56 pages, 47 of which are story. It’s used to great advantage, giving the story room to breathe and stretch out rather than rushing to fit the traditional 27-page structure. The resulting story is fun and engaging, with action sequences feeling fleshed out and characters not being rushed into developing or revealing motivations. Series creator Andrew Maclean apparently knows what he’s doing with the extra space, and the story feels worthwhile because of it. “Head Lopper” is another instance of a series I wasn’t intimately familiar with that didn’t leave me feeling confused or left in the dark. Maclean’s characters are all unique and engaging, with interesting designs and a crisp art style. Visually the book is reminiscent of a dark children’s cartoon. Despite this, the style is anything but simple, with pages packed to the brim with details, in particular with the story’s primary villain. The colors are brought to life by the incredibly talented Jordie Bellaire, who gives the world a breath of life that pops off the page. 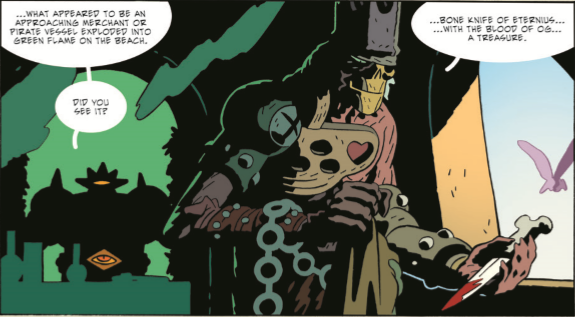 On the surface, “Head Lopper” has a minimalist design, but the details shine through when appropriate.

“Head Lopper” earns its pedigree well, having one the 2016 Diamond Gem Award for Indie Graphic Novel of the Year. The only downside is that now there’s a wait of a few months until the next installment. If this issue is any indication, though, it’ll be well worth the wait.

Geeky News: What you need to know for the week ending March 10th