CAUTION: HEAVY SPOILERS! Be sure to watch the episode before reading. 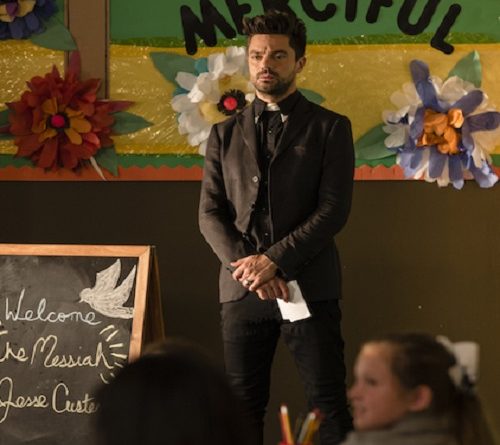 I didn’t think for one second that this season of Preacher would end happily for anyone given the absurd and violent nature of the show, but I can say that I was definitely surprised that it ended just as unhappily as it did. To put it plainly, our heroes are screwed. Jesse and Cassidy make their way to a place Jesse has no desire to ever be again…but in comparison, they’ve got it pretty good.

Preacher has a habit of making huge changes very abruptly, and I’m not sure if the shock of something so monumental happening so quickly is to its detriment or not. It’s hard to see a lot of the things that happen in this show coming, and sometimes there’s barely any leadup to it. It’s like a punch to the gut – or maybe a bullet to the gut would be more appropriate, given Tulip’s state at the end of the episode.

Cassidy decides in a split second to end his son Denis’ seemingly immortal life and pushes him out the window. Though it happens abruptly and certainly seems like he has decided it in a split second, this really is something that’s been a long time coming. Cassidy has long known the destructive nature of Denis, given the fact that Cassidy is constantly restraining himself from committing violence against his friends (in which we are able to see through a crack-induced flashback). The boiling point comes when Cassidy asks Denis if he can be good and responds by asking Cassidy if he can. In that moment, Cassidy knows he has created a monster, and he needs to do something about it. Denis is then pushed out of the window to burn, boil and bubble in an inferno, and the whole thing happens really quickly – but maybe that’s the point. Maybe, it really is supposed to come off as shocking and unexpected, even though the signs have been in our faces for so long. But Tulip’s fate really seemed to come out of nowhere, and that one seems to really hurt.

Our remaining “heroes” will now have to find a way to deal with the consequences of everything that’s been happening to them throughout the entire season, and neither seems happy about any of this. What’s going on with God, anyway? And is Jesse’s Voice really gone?

There are almost too many questions that are left unanswered at the end of this season, which obviously leaves room for the next to explore…but still. “End of the Road” feels much more like a penultimate episode of a season than a finale. There are just way too many ends left untied, and fans of Preacher are going to be left wondering for a while about how things are going to wrap up.

Though I will say that the plotline of Hitler and Eugene ended in a satisfying way. The entire episode it seemed as if Hitler had really changed his ways and was looking to redeem himself further, which is a curious move for a TV show, but not so much Preacher. After all, this is a show that works best when it is being absolutely over the top. But just as Hitler and Eugene are finally free from Hell, Hitler runs away, is hit by a car, and pushes a cripple out of the way to escape while dressed like an absolute idiot. He is now free to roam the earth, and though it would have been much more satisfying if that car had smashed his pathetic body into millions of gory pieces, I have faith that Preacher will give him a final, humiliating end. The wait will just make it even more worth it.

Going back to Jesse, it was great to see the flashbacks in the beginning. However, it did get in the way of getting the ball rolling with the whole episode. It’s a good one for sure, but once again, it just doesn’t feel like a season finale except in maybe the last ten minutes.

Season three has got some serious work to do! 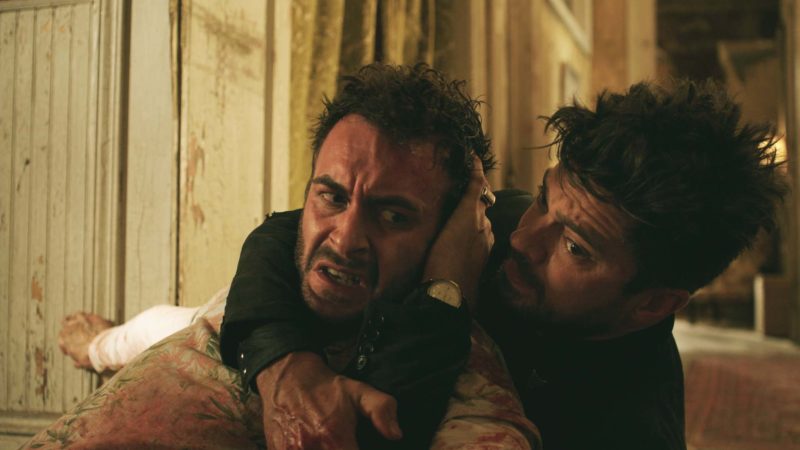