If you like blood, this is the show for you. 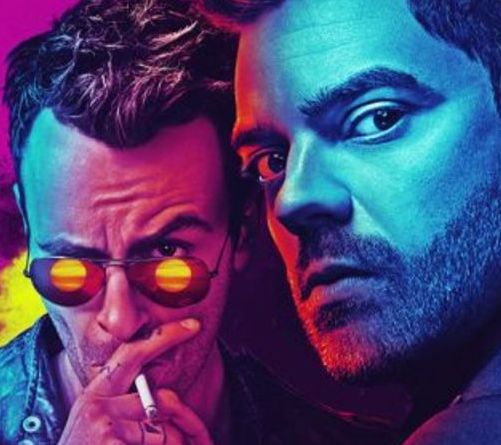 The premier of Preacher’s second season is tasteless. It’s senselessly violent. It crosses the line of sacrilege so many times that Judas might feel uncomfortable. There are conversations of rubbing crushed foreskins into your face, as they are obviously an ingredient in many makeup products, and even boasts the first instance of a character using another person’s intestines to siphon gas.

In other words, it’s awesome.

Preacher’s characters exist in a form reality firmly rooted in insanity. The core three characters – Jesse, Tulip, and Cassidy – open up the episode in a white-knuckle car chase with the cops that ends with hyper-violence that would never have been allowed on a television program in a pre-Walking Dead world. Heads explode. Limbs are crushed. Bodies are nothing short of decimated. All the while, Jesse and company don’t seem to take anything about the situation seriously. Tulip is more concerned with making sure her car has fuel and Jesse just wants to have fun using supernatural powers to get anyone to do whatever he wants. 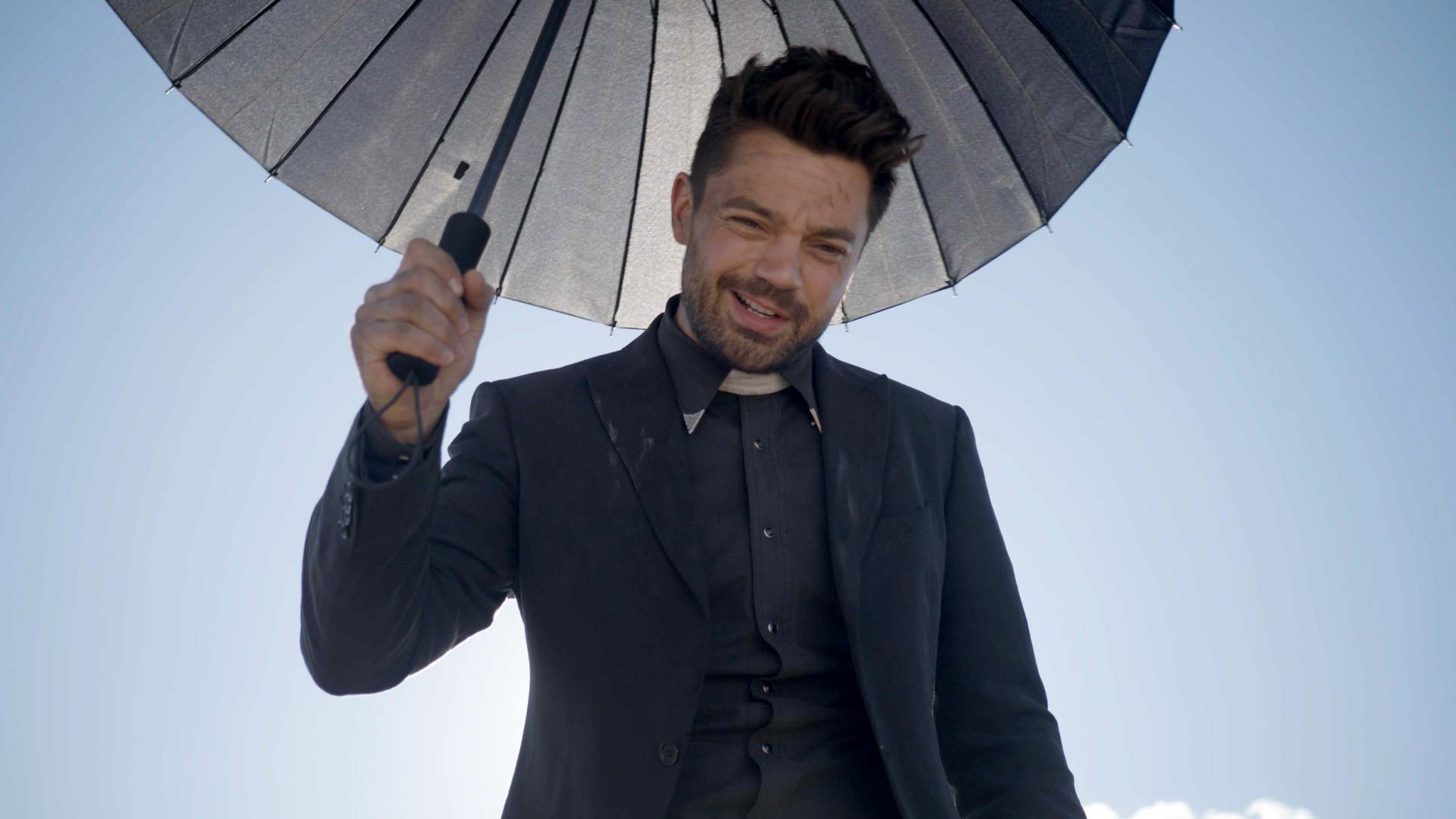 “Come on Eileen” plays as the cars squeal by and the only reason Tulip is opposed to Jesse using his Genesis powers is because she thinks it’s less fun than doing it the “hard” way. Jokes litter the violence sequences, and the gore itself is so over the top that the bloodshed itself becomes funny in a sick way. This may turn off many viewers – it seems very short on actual substance. But for those who enjoy television along the lines of Ash vs. Evil Dead, Preacher’s second season will be highly appealing.

The car chase at the beginning of the episode is phenomenal. It looks believable, and I’m almost positive that it was actually created by a team of highly-skilled stunt drivers. This was a welcome surprise; how many shows are willing to put the time and money into creating something so dangerous when they could simply do it with computers? This will sure to be a seen talked about for a long time in the world of Preacher fans. With its sweltering heat and gritty film effects, the introduction of the episode is both highly stylized and highly effective.

If you’re not emotionally invested in the show, this episode probably will not hook you in by your heart. This hasn’t been a show that’s been aiming to do so thus far so I wouldn’t expect it to now. The core fanbase going is going to be fans of bombastic, gory action that is brainless and all the better for it.

Look, I don’t think that every show has to have a deeper meaning than what’s shown on the surface. Sometimes the viewer just wants a bit of escapism. I appreciate Preacher’s attempts to dig a little deeper into these characters, but I don’t believe it’s too necessary. The show is fun. It’s exciting. It’s funny and completely over-the-top. Going forward I hope to see more of this. Bring on the bloodshed; let’s get ready to party.