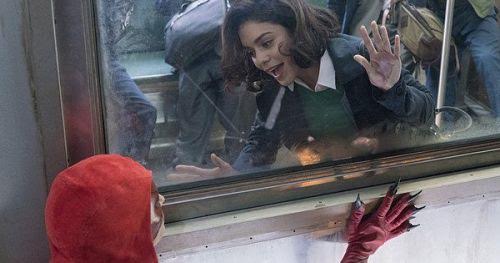 “Powerless,” the first TV sitcom based in the DC Universe, recently got axed by NBC with only two episodes left in its first season. Mixed reviews and low ratings sealed its doom, but what exactly went wrong?

Creator Ben Queen’s departure after the original pilot was filmed surely put a damper on production and likely accounts for the rocky beginning to the series. However, if viewers were willing to sit through a couple of cringe-worthy episodes, things started to smooth out as the series found its identity and got its bearings.

It is hard to believe a show like “Powerless” wouldn’t have found an audience given a little more time, especially with such a great concept behind it.

The clever premise of the series focuses on bystanders trying to navigate their lives in an age when superheroes are the norm and villains are less a threat than they are just a nuisance. Audiences see naive newcomer Emily Locke (Vanessa Hudgens) as she settles into her new job at Wayne Security, where the small team she oversees work on creating survival products targeted at average citizens.

After all, it is not uncommon for residents of Charm City to find themselves dodging rubble from a clash between supers or needing the antidote to Joker’s laughing gas. 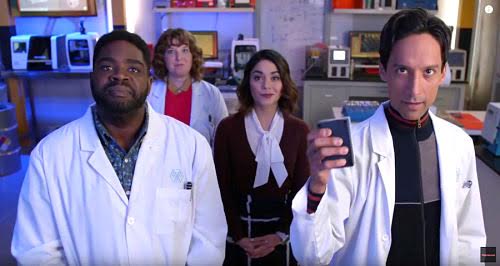 The main group of inventors consists of Teddy (Danny Pudi), Wendy (Jennie Pierson) and Ron (Ron Funches), who are usually doing anything except their actual jobs. Their bumbling, childish personalities are representative of the script’s short attention span, where the conversations are choppy and the topic changes every five seconds.

The snappy dialogue might be annoying if it weren’t for how well the actors play off each other, but it is Alan Tudyk’s character in particular who stands out among the cast. Second-tier businessman Vanderveer “Van” Wayne runs the Research & Development branch of the company, owned by his famous billionaire cousin Bruce Wayne, or B-Dubbs, as Van likes to call him.

While it may be hard to believe due to the sheer immaturity of the character, Van is actually featured in the comics. He only has a one-time appearance in “Batman” Issue 148, but both the comic book and live-action versions of the character are the epitome of rich-boy privilege. Were it not for his taciturn assistant Jackie (Christina Kirk) keeping him in check, he probably would have driven the company into the ground long ago. 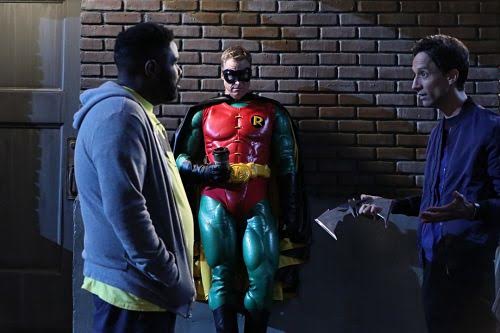 The simple, mindless humor of the show strays far from the gritty nature of Zac Snyder’s desaturated films and adds a splash of color to the world of the DC Universe. The writing mostly consists of goofy one-liners, akin to the playful characters that made “Big Bang Theory” (whether you love it or hate it) so successful. A laugh track is the only thing missing, which is thankfully nonexistent between the cartoonish delivery of the dialogue and the bleeped-out curse words that will be quick to make younger viewers giggle.

“Powerless” knows it’s silly and is unapologetic about it. While not every joke hits its mark, the creative team deserves credit for trying to step outside the box and do something different with the over-the-top scenario of heroes and villains flying through the streets.

The concept is smart, but the final product struggled to be anything more than a rehash of other campy comedies and relied on the popularity of comic books to keep it afloat. The characters are likable enough, even without being given much depth, but the squeaky clean, overly cheerful humor made it a tough sell.

For some people, that kind of family friendly comedy might be right up their alley. There are enough references acknowledging the comic book overlords that, at the bare minimum, it should appease fans. That includes guest appearances by some friendly faces, like Green Fury (Natalie Morales) and a few Atlantean citizens, who seem more like excitable frat boys than settlers of the deep sea.

Whether that is enough to get “Powerless” renewed and picked back up again is questionable, but there have certainly been worse shows that have managed to stick around past their preferred expiration dates.

Do you think “Powerless” deserves a second chance? Tell us down in the comment section.