How ‘Power Rangers’ could greenlight a ‘Sailor Moon’ movie By Brittany Cruz A team of five teenage superheroes who defend the Earth against alien threats. While that is indeed...
by Brittany Cruz March 23, 2017

A team of five teenage superheroes who defend the Earth against alien threats. While that is indeed the basic premise of Lionsgate’s Power Rangers feature film coming out on March 24, that could just as easily be describing the concept of the classic ‘90s anime Sailor Moon based on Naoko Takeuchi’s Pretty Soldier Sailor Moon manga. 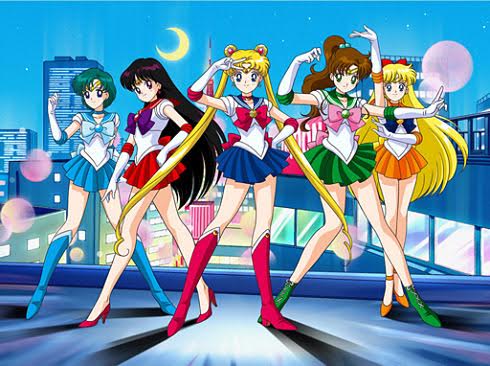 In fact, apart from having mechanical war robots (Zords) running around, the Power Rangers share many similarities with Sailor Moon and her team of protectors. This can be attributed to the Japanese origins and shared influence behind the Power Rangers TV series, which uses footage from the Super Sentai kids’ TV program in Japan that dates back to the ‘70s.

The genre gap between the two series lessens even further upon viewing the Pretty Guardian Sailor Moon live-action TV series from the early 2000s. Both shows are equally abundant in their clunky, kid-sensitive dialogue, comical use of low-budget CGI and beginner-level acrobatic fight sequences meant to impress young audiences. As far as fans are concerned, that only adds to their nostalgic charm. 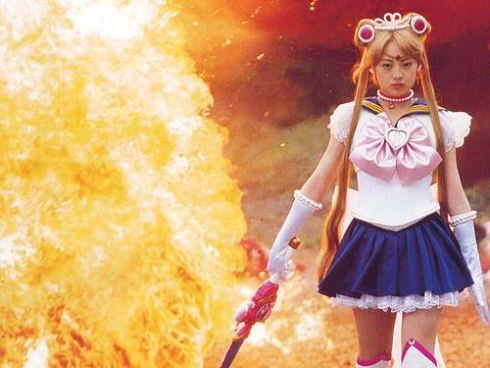 The mega-success of these franchises has followed them through their respective histories, each around the 25-year mark, with the Power Rangers TV series coming up on its 24th season and the Sailor Moon Crystal reboot pegged for a fourth season. Now, Power Rangers has taken the next big step and been adapted for the big screen.

This development was not entirely unexpected given the current climate of the movie industry, with the superhero craze at an all-time high and blockbuster flicks like Transformers continuing to rake in the cash. The stage is set favorably for Power Rangers and its success could open the doors for a live-action Sailor Moon movie. 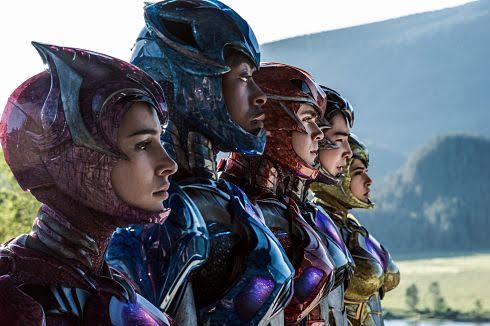 If Power Rangers does well at the box office that will tell Hollywood producers two things: a cheesy show for kids can be adapted for a mature demographic and, secondly, nostalgia sells. The latter is already something filmmakers have started to exploit, with plans to revisit popular movie franchises like Alien and Blade Runner in 2017. The thing to consider here is that ‘90s kids are beginning to experience nostalgia as their favorite Super Nintendo video games and Saturday-morning cartoons from their childhood get labeled as “retro.”

What exactly does that mean? It means if Power Rangers hits it big that Hollywood will be looking to the decade of grunge clothes and Space Jam to see what else can be profited from. That puts Sailor Moon in prime territory, with the anime debuting in the U.S. in 1995, two years after Power Rangers first aired on Fox Kids.

Sailor Moon sets itself apart as an all-female ensemble, plus the occasional rose throw and appearance from Tuxedo Mask, which makes it a promising prospect for studios looking to continue the trend of female-led movies. Rightfully so, moviegoers have been adamant about wanting more diversity and were a driving force behind the big push in women leading the charge on screen.

Star Wars: The Force Awakens saw Rey (Daisey Ridley) take her first steps to becoming a Jedi, Hidden Figures became the highest-grossing Oscar-nominated movie for Best Picture in 2017, and Wonder Woman (Gal Gadot) is making her solo film debut later this year. Ghost in the Shell is also due out on March 31, helmed by Scarlett Johansson as the Major, and has many fans of manga and anime hoping that more source material from Japan will be developed for international audiences.

This is an opportune moment to bring Sailor Moon to the big screen, which is widely credited with popularizing the magical girl genre. From the perspective of a movie studio, it would not be difficult to invest in a Sailor Moon movie as a repackaged version of the Mighty Morphin heroes with a five-woman crew. There is also less risk involved for companies since Sailor Moon already has an established fan base, which would be further validated if a similar project like Power Rangers performed well in theaters.

Five young heroes fighting monsters? Check. Themes of friendship and respect? Check. Magical objects used to transform? Double check. The resemblances speak for themselves and it is reasonable to assume filmmakers will draw the same conclusion.

Flocks of fans will show up to the theater on March 24 with varying expectations, many who will have grown up on Power Rangers and have their own kids now, but this movie has more riding on it than resurrecting everyone’s childhoods. It could determine whether a series like Sailor Moon will ever have its big Hollywood moment. No pressure…

Do you think a live-action Sailor Moon movie will ever get made? Tell us down below in the comments!