Now that Election Day is finally here, there are a lot sighs of relief echoing across the United States. Not because we’ll finally know who our next president is...
by Alexandra Wilson November 8, 2016

Now that Election Day is finally here, there are a lot sighs of relief echoing across the United States. Not because we’ll finally know who our next president is going to be, but because we can get back to enjoying politics in the way we love best – through comics!  Comic book politics are exciting because a) they’re fun to read and b) they’re not real, so we’ve compiled a list of politics-inspired comics you can cozy up with as you hear election results through the TV. 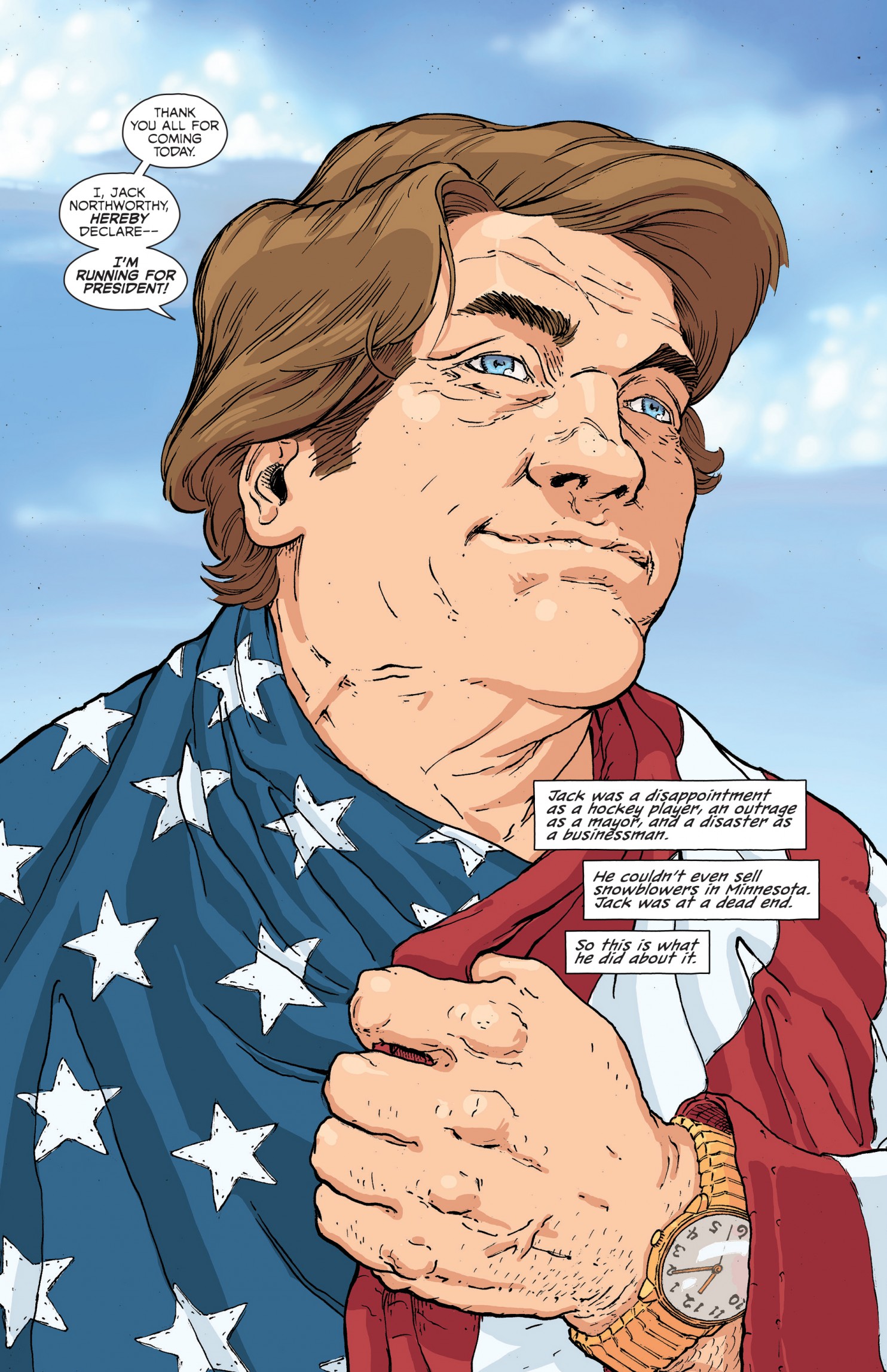 Everyone jokes about politicians having sold their soul for the job, but how would that story play out in real life?  Enter Jack Northworthy, a seemingly washed up politician who aspires to become the president.  Jack is an awful, unlikable character, but a demon named Marlinspike takes interest in him and together they plan to conquer the American political landscape.  Written Sam Humpries, the character dynamics are incredibly interesting – and Jack is a great focal point for the story and for the political themes involved. 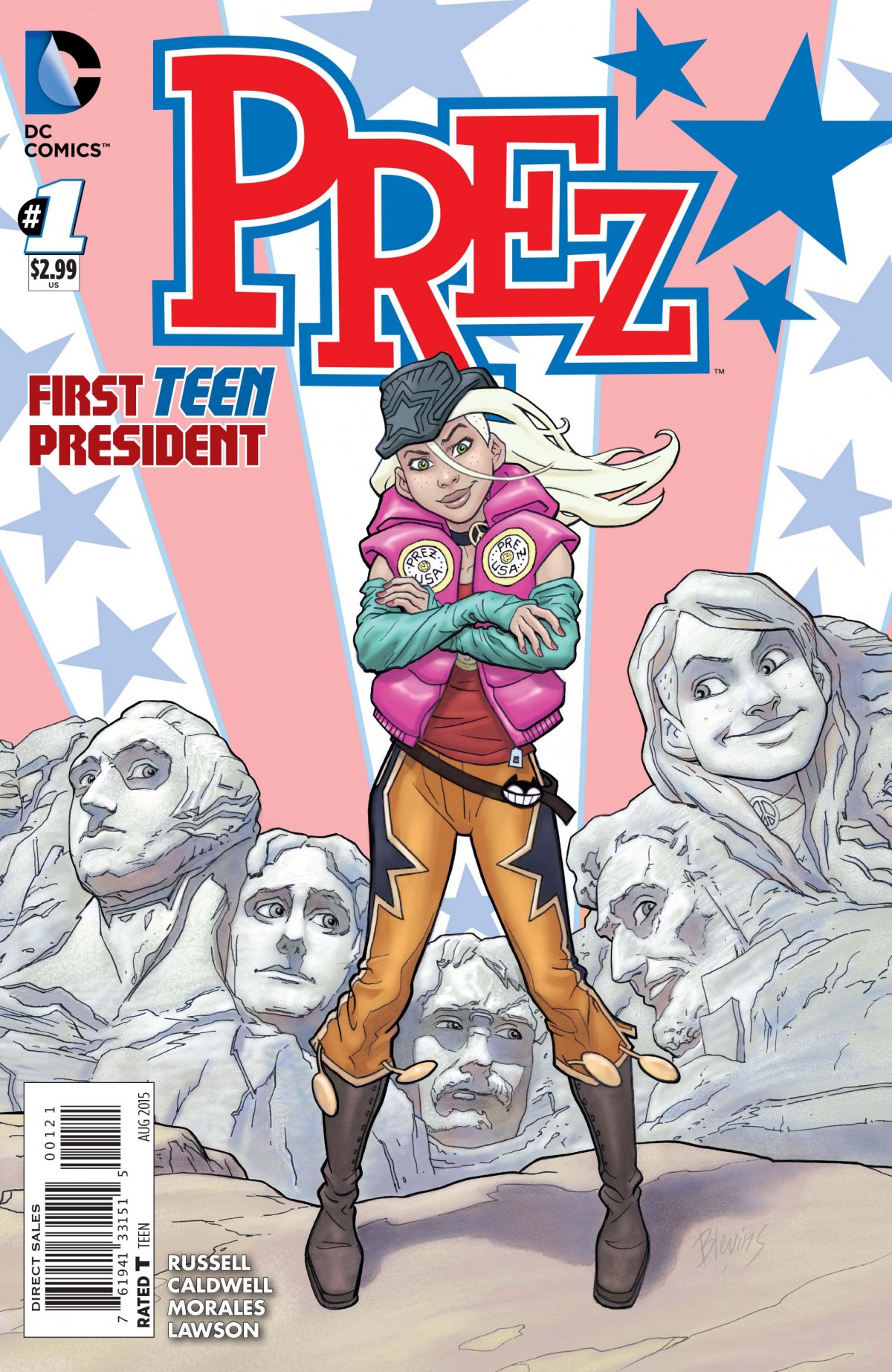 While it was cut short by six issues, Prez is still worth reading for the funny (and scary) future it depicts for American politics. Elections done by Twitter? Congressmen who vote for policies because they’ve been promised aquariums? A teenage president? If you’re looking for an escape from the craziness of the current political climate, Prez is so out there – yet so close to what’s actually happening.

Imagine you get elected president only to learn that instead of having to fix the health care system, you have to fight off an invading alien force. That’s the premise behind Letter 44, by Oni Press, new President-elect Stephen Blades has to oversee an American mission to Mars and the resulting alien communications that follow.  Written by Charles Soule (of She-Hulk, Swamp Thing, and more), this story is a perfect blend of sci-fi and politics. 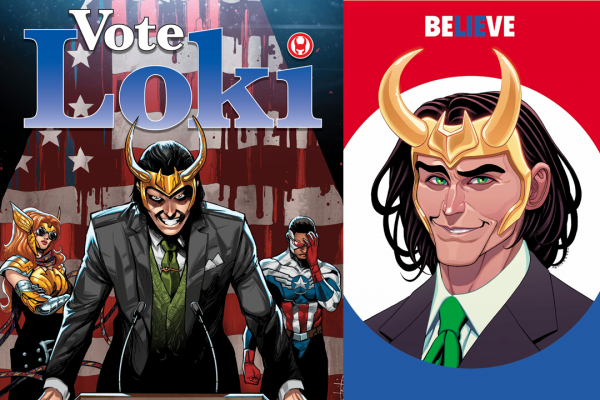 Hey, nobody’s telling you that you have to like the guy, but you have to admit that a journey to run for president by lying to everyone’s faces (and telling them that that’s what he’s doing as he’s doing it) is incredibly entertaining. Watching Loki go head-to-head with J. Jonah Jameson and other pundits while satirizing the election and business of polling is worth a read, and it’s a great super heroic (or super villainous) spin on American politics. Loki 2016, indeed!! 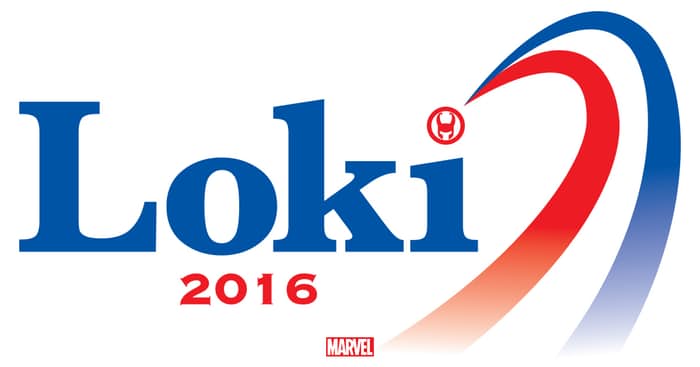