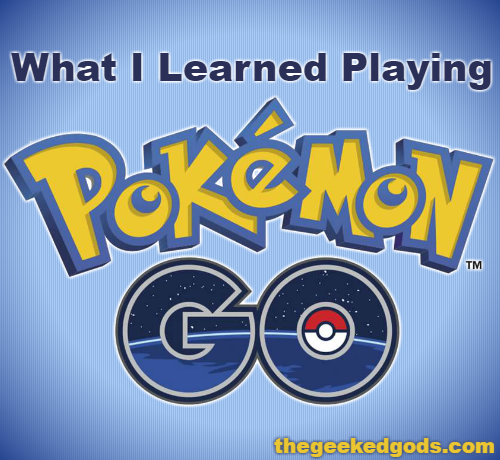 Pokemon Go launched just over a month ago and, in that time, I’ve met Pokemon trainers of all ages (including my niece and my mother). With millions of users playing daily, this interactive augmented reality app has taken the world (and social media) by storm. But I’m sure you already know all that.

Instead of regaling how many people are playing the game or how brands have improved their image by incorporating elements of the game, let me tell you what I’ve learned from playing the game since its general release.

First of all, it’s a great way to trick yourself into exercising. Maybe it’s that gym just out of reach or maybe you need another 1km to hatch your egg, but Pokemon Go incorporates so many elements that promote walking. When I play Pokemon Go and take Poke-walks, my daily steps far surpass my steps on days without a Poke-walk. The first weekend that the game came out, I averaged 8-10 miles per day just exploring new neighborhoods and hunting for Pokemon. For those of us who have difficulty finding motivation to exercise, this game provides a great incentive.

That leads me to my next point: exploring your city. Because Pokestops and gyms are location-based, finding them means exploring the place you live. I have explored new neighborhoods in Seattle, Los Angeles, San Diego, and Portland as a result of playing this game (I traveled a lot this summer). I played it in a park with 100 other people, at a coffee shop with no other players nearby, and at San Diego Comic Con where I cannot even begin to imagine how many people were playing. In addition to catching some cool Pokemon, I also got to find out what plaques are where and discover more about the spaces I inhabit.

While traversing the nearest Pokestops, you may find yourself standing among numerous others who all seem to be keyed into their phones who stand in seemingly random places. This app provides a built-in 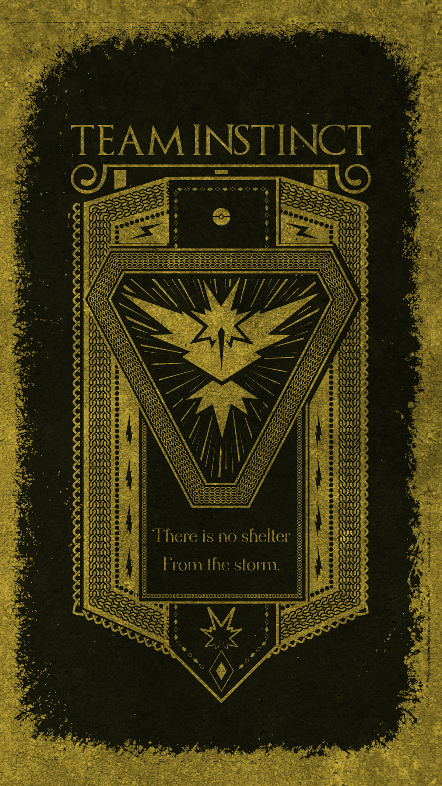 community if you want it. You can go to a park and engage with other players who are doing the same thing as you, or you can walk down a road and not talk to anyone. Just yesterday I was playing with a friend and we remarked about being unable to find her husband who was also on the Poke-walk with us. A stranger overheard and asked if we were looking for the nearby Magmar. I’ve had countless conversations about which Pokemon are nearby, which team has taken what gym, and even which Pokemon are a person’s favorite (mine is Vulpix and, no, I don’t have one yet).

Speaking of which teams have taken gyms, I have seen plenty of friendly team rivalry. Each team is represented by one of the legendary birds and, as such, has been associated with particular colors and even “team words” (much like the house words in Game of Thrones). I’m not sure who first decided on team mottos but they are delightful. Sean Campbell’s GOT-inspired Pokemon Go team designs are especially fun. It lets me jest with friends on opposite teams and bond with friends on the same team. Though I will say that being on different teams from close friends, significant others, or the people with whom you most often play… well, it sucks. My boyfriend and I are on different team and we can never decide who gets to drop their Pokemon in a gym while we’re out.

Running out of Pokeballs is a disaster and it will probably happen at one point or another. On the way to dinner during Comic Con, my friend and I came across a fairly impressive Magmar. And she ran out of Pokeballs. The disappointment is palpable when you are unable to catch a cool Pokemon. Don’t worry, you can always fall back on your army of Ratata, Pidgey, and Paras.

I grew up during the Pokemon craze. I played the games on my Gameboy Color, watched the animated show, and built a decent deck for the trading card game. My brother and I played the card game almost daily after school. Saturday mornings were reserved for the cartoon. I saw Pokemon: The First Movie in theatres when I was in elementary school. So Pokemon Go was pretty much built for people like me: adults who had loved the series as kids. But it is so much more than that. My six year old niece loves the game. My sister, who had never cared for the show or card game, plays with her husband. My adult friends who were never Pokemon fans as kids are now hunting daily. While this game may have had its fans in mind, it bridges the dedicated fans with new fans and that is perhaps the best thing I have learned.

But, if I can offer you one piece of advice, invest in an external battery and an extra charger cable. Nothing is worse than being on the hunt for Pokemon and having your phone die before you’re able to catch the stuff you really want. Dratini, I will have you one day!