Pestilence #4 Review-God save the Pope By Ashish Thomas The Black Plague was a terrible time in history millions of people approximately 75-100 million inhabitants died after contracting this...
by Ashish September 11, 2017 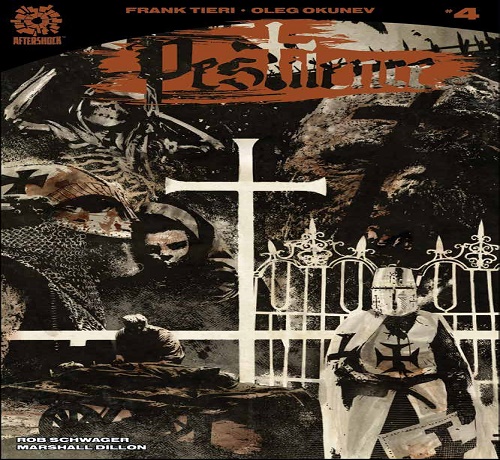 In Pestilence #4 we now know that the plague affecting the world is a zombie pestilence. The Fiat Lux is taxed with getting the Pope to safety one problem the Zombies seem to be learning, and the cardinals in Avignon are keeping secrets. We find out more about the secrets of the Fiat Lux members this time it’s Abel of Cyprus’s turn. We learn more about how Abel joined the team and a secret that no one but Roderick Helms knows. The Issue continues with the Fiat Lux under siege from zombies. 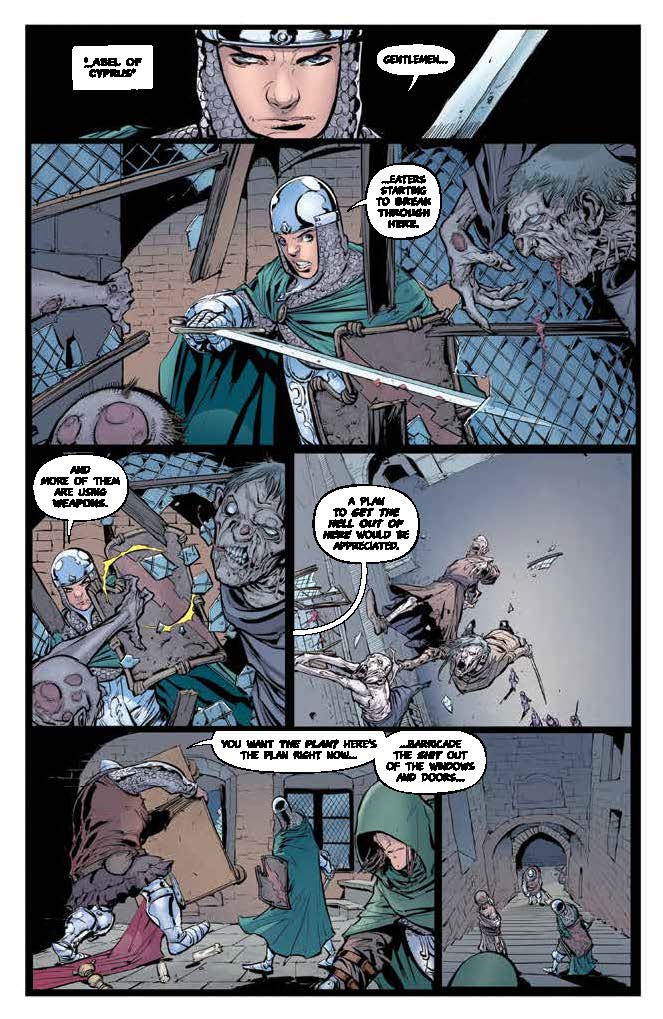 Inside Roderick is asking the cardinal to get the pope so they can make it to Paris. The Cardinal will not bring out the Pope as he is praying which cause the Fiat Lux to get angry and fighting ensues.  The Pope comes out to stop the fighting when the group discovers that the Pope is turning into a Zombie. We learn how the Pope was turned into a zombie.  During this time it seems that the group needs to escape as a Zombie horde has broken through a barrier and is coming for them. 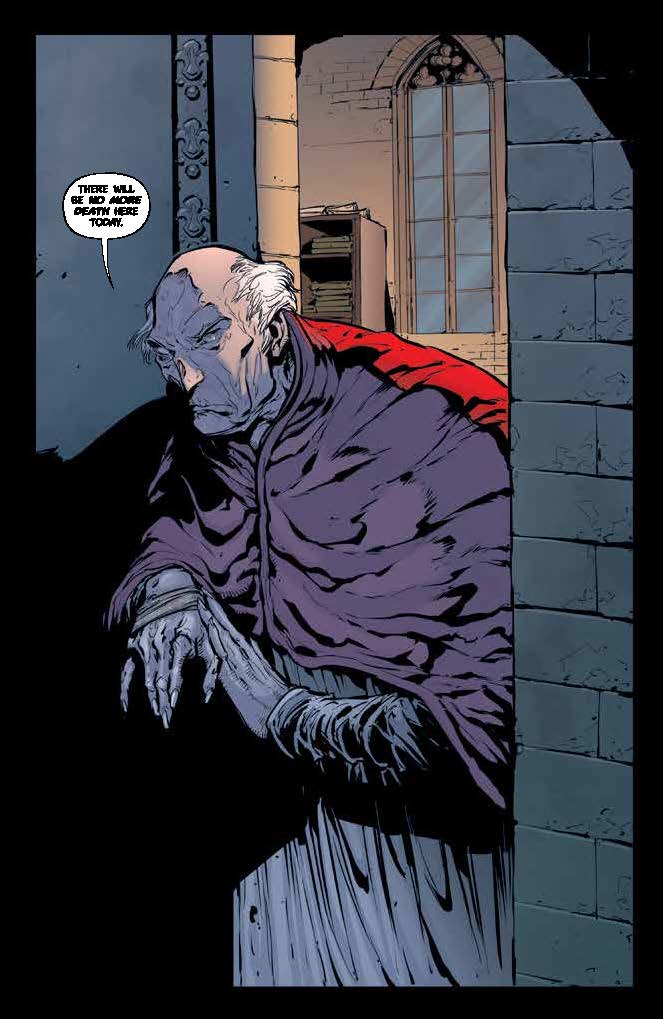 The Group flees through secret tunnels and continues to fight the zombie horde. During the fight, there are casualties on the cardinal side, and some one from Fiat Lux may not have gone through the battle unscathed. 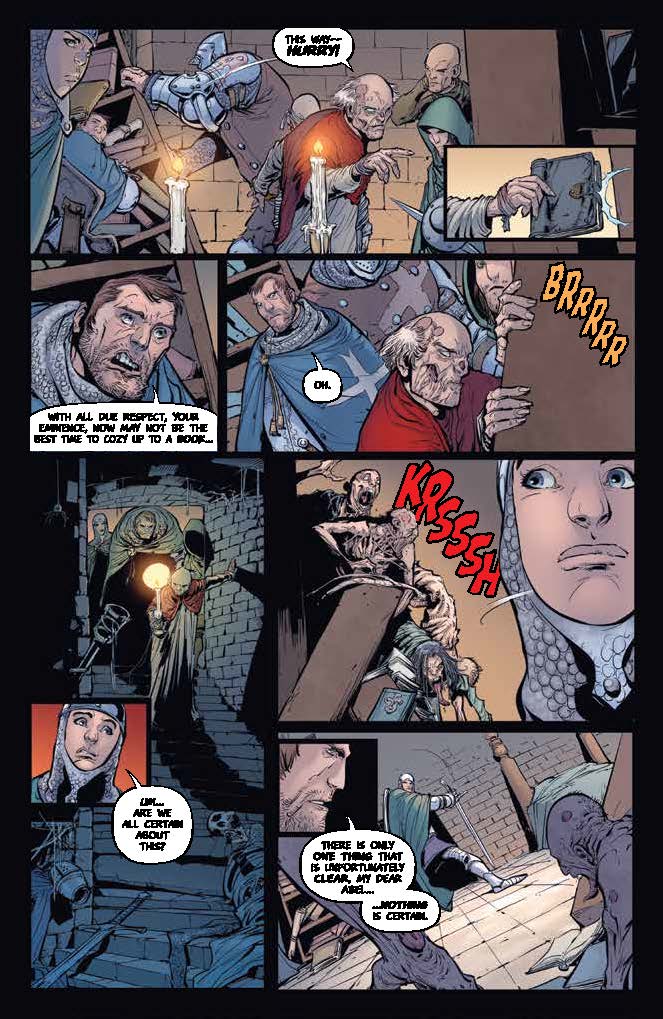 Pestilence #4 is a well-written chapter of the Pestilence story.  There were several secrets revealed the Abel of Cypress secret is a doozy, and the Pope secret was unexpected and thoroughly enjoyed. Frank Tieri is a master at keeping the audience in suspense while waiting to see how this mystery unfolds. Oleg Okunev’s art is masterful in the series. The Zombie horrid looks horrific and the Fiat Lux look knightly. Oleg Okunev’s art with the colors of Rob Schwager makes this series pop. Pestilence is a series that continues to get better with each issue leaves the reader wanting more. If you haven’t picked up, the series do yourself a favor and pick it up. 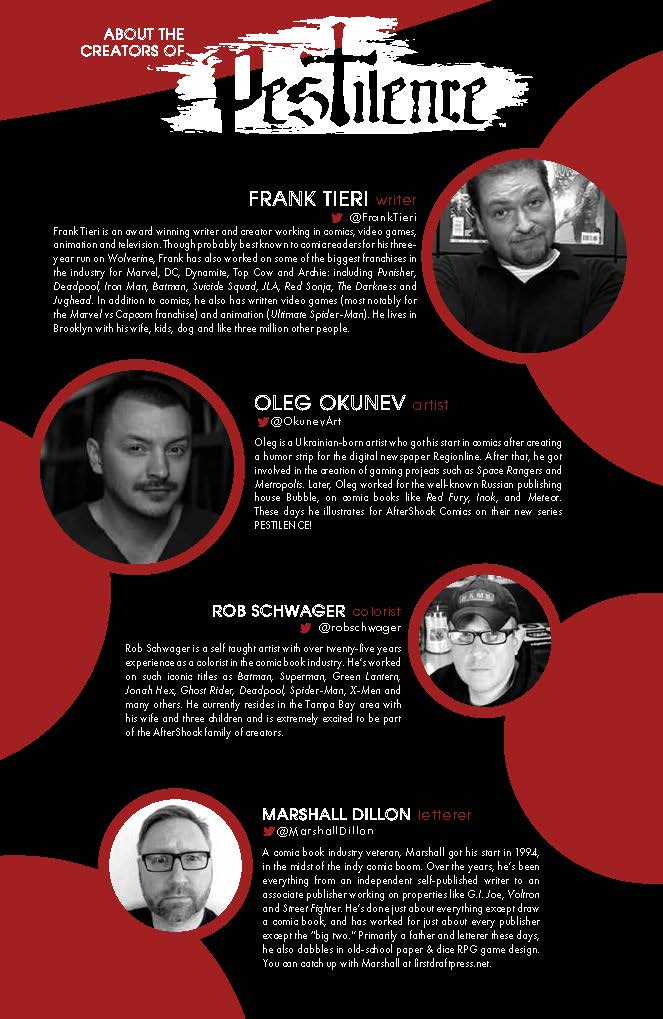