Paging the Night Nurse While Rosario Dawson has brought a lot of attention to the Marvel character Night Nurse, most fans probably still know little about the history of... 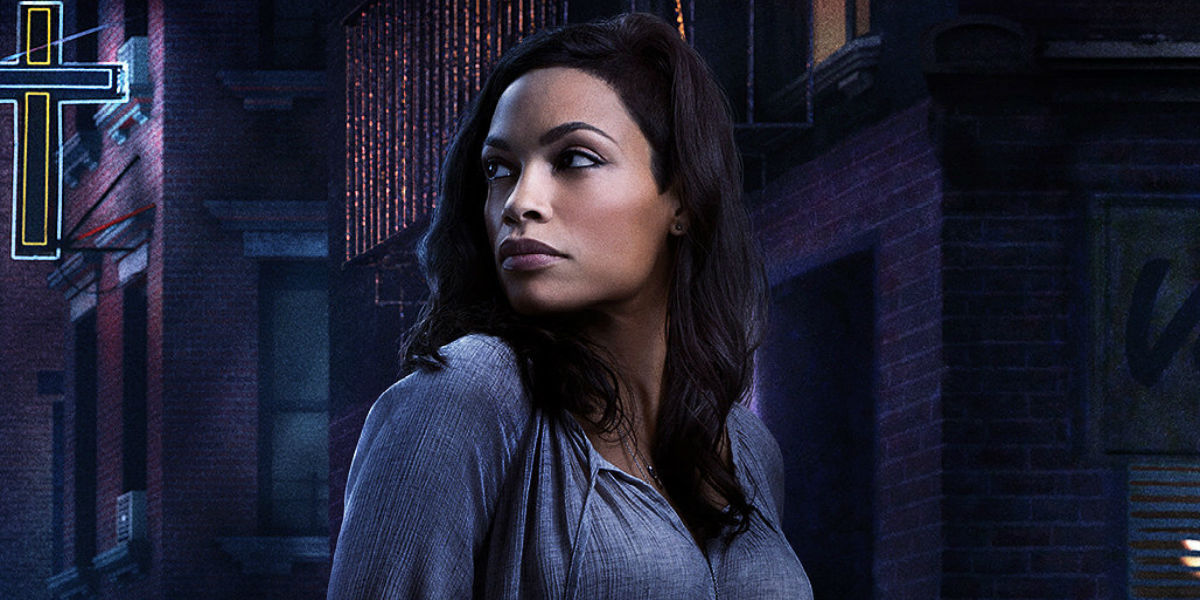 While Rosario Dawson has brought a lot of attention to the Marvel character Night Nurse, most fans probably still know little about the history of the woman best known for patching up superheroes. In the early seventies, when romance comics still dominated shelves, then editor-in-chief Stan Lee, hoping to tap into a female audience, came up with the idea of a series about three female nurse roommates. It was meant to be something between a romance and a medical drama. Marvel writer Roy Thomas was the one who came up with the idea to have women write them, and his wife Jean Thomas took the job. The series only lasted four issues, partially because, by the seventies, sales of romance comics were dropping. But the Night Nurses, named so because they all worked the night shift (and come on it is a catchy name), did have some kick-ass plots, including foiling a bomb plot and stopping a mob hit man. In their short run, they also addressed true social issues of economic inequality and race.

So, who were the first-night nurses? First up was Linda Carter, daughter of a doctor, she quickly falls in love with Marshall Michaels (I see you, Stan Lee naming convention) a wealthy businessman. When he gives her a choice between a wedding and her career, Linda picks the paycheck. Over the course of the series, she proves her detective chops by exposing an incompetent doctor and stopping the aforementioned hit man. Brian Michael Bendis is to thank for bringing the character back in Daredevil #58 (2004) as a nurse who offers pro-bono medical services to superheroes as thanks for being rescued by one. While she’s hard to recognize in Civil War #2 that is her welcoming the Young Avengers to Cap’s new headquarters. She also had a short love affair with Doctor Strange in the miniseries Doctor Strange: The Oath. 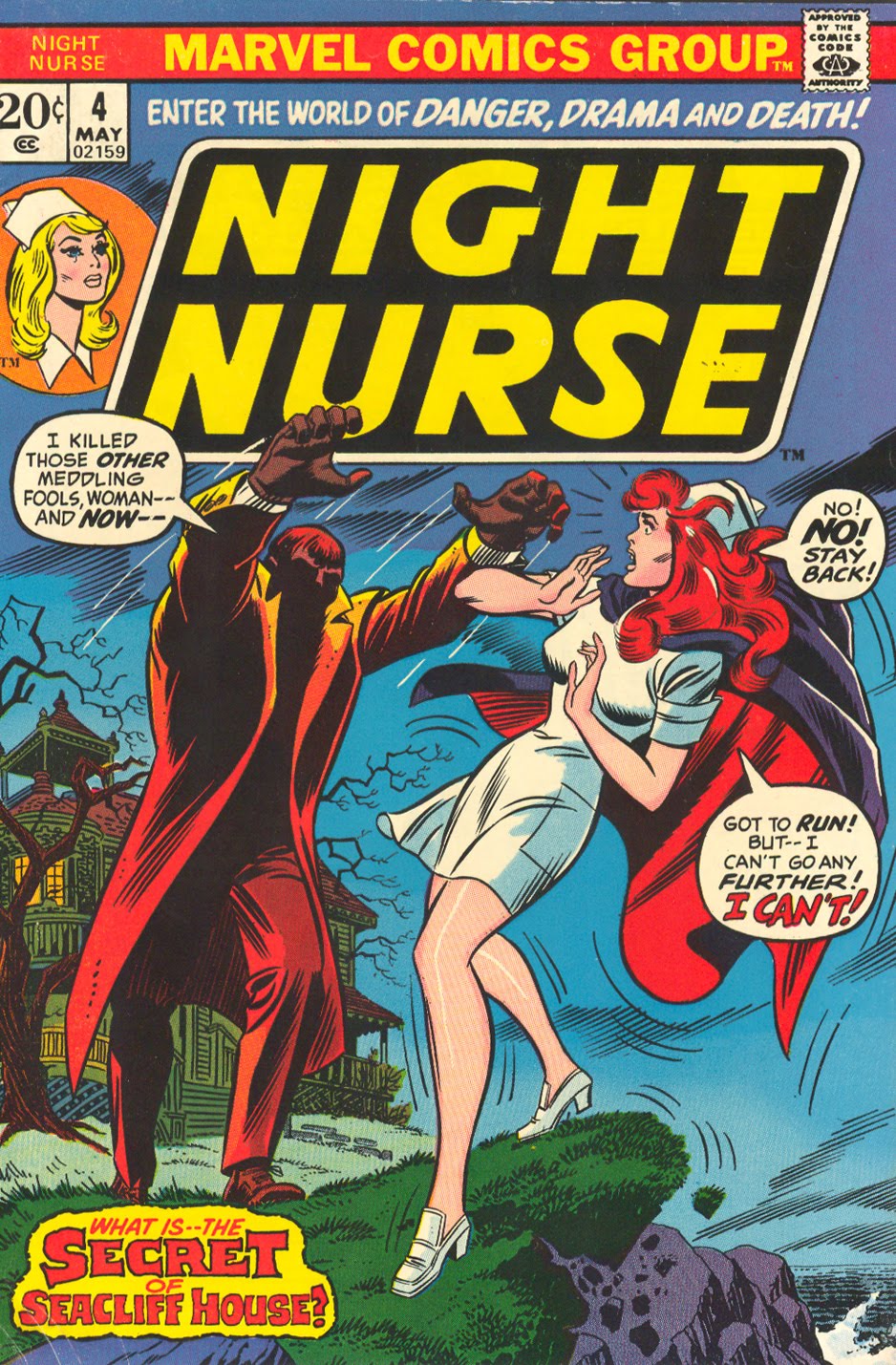 But Linda wasn’t the only Night Nurse brought back. Christine Palmer, a wealthy girl who chooses nursing over her family’s money, cameo’d in Nightcrawler #1. Writer Roberto Aguirre-Sacasa was a fan of the comics; when he realized his first Nightcrawler story was opening in a hospital, he decided to include the character without the moniker. 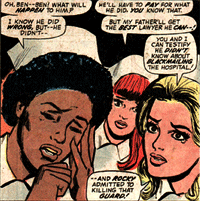 Georgia Jenkins rounded out the trio and was probably the most important, if most forgotten, of the original three. She was an African American, who came from the inner city neighborhood surrounding Metro General. Georgia provided free medical care to people on her block. Jean Thomas wrote a storyline using Georgia’s to show how African Americans receive much harsher than their white counterparts. The storyline revealed that after her brother almost blew up part of the hospital and later shot protecting the nurses he is sentenced to 10-20 years in prison. Georgia points out how much harsher his punishment is compared to the rich white mobsters who commit far worse crimes.

The fact that African Americans are routinely sentenced much harsher than their white counterparts is something that the Justice system is just now starting to admit, but Marvel comics let Jean Thomas write about it in 72.

When it came time for the Netflix show Daredevil to use the Linda Carter character, there was already another cinematic character with the corresponding name. To get around having two characters with the same name, they decided to go with Claire Temple. While Claire Temple is a doctor that appears in the Luke Cage comics and who dated Cage for a bit; Dawson’s character is intended to be the comic version of Linda Carter. 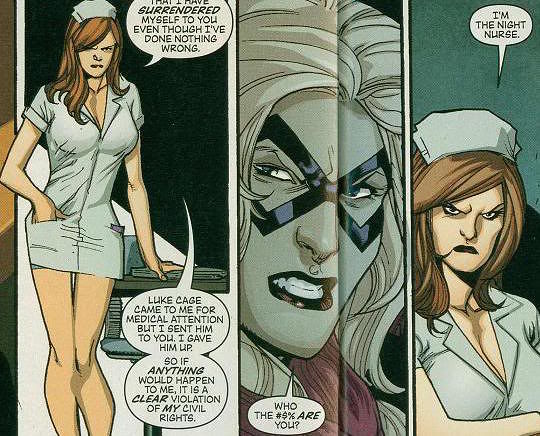 One of the best parts of having a shared universe is the huge cast of interconnected characters. Night Nurse is a perfect example of how a mostly small role can become of larger importance.

Editors Note: Marvel released an issue in 2015 collecting all 4 issues of the original Night Nurse and Daredevil #80 check out the series here 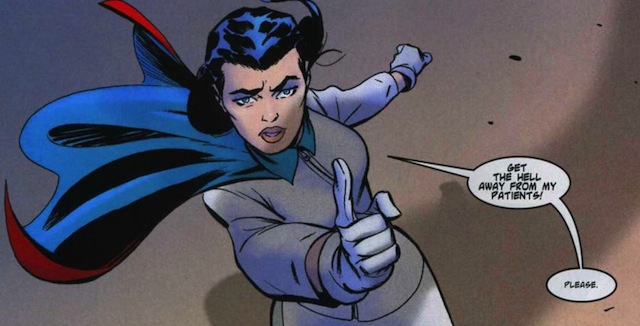