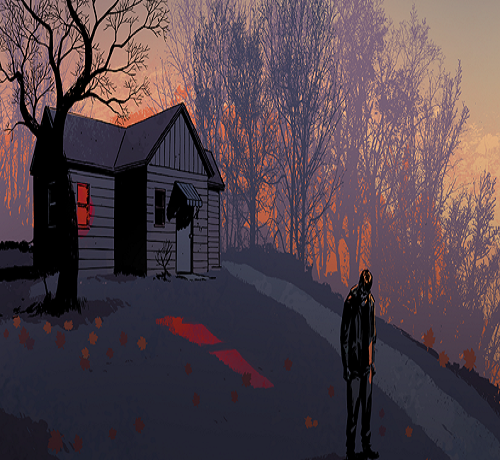 Robert Kirkman is no stranger to the world of horror fiction – after all, he is the man responsible for the hugely successful comic book series/Television show The Walking Dead. In Volume One of Outcast, Kirkman trades in zombies for Satan. The result is something moody and interesting, and while it can be a bit predictable at times, it seems like this first volume is building a solid foundation for a much bigger story.

Outcast, Vol. 1: A Darkness Surrounds Him is about a man named Kyle Barnes, one that’s had the misfortunate of dealing with demons and possession his entire life. On top of that, Barnes has to deal with the fact that he’s probably best known in his West Virginia town for beating his son and wife almost to death – but only he knows that it was to stop the demons that they were possessed by. Through the help of Reverend Andersen, Kyle comes to learn that he is what is known as “Outcast” …it’s not explicitly clear what that is, or why Kyle possesses this ability, but it’s a start.

And therein lies the what may be the biggest problem for some readers with this first volume. It’s basically all setup for a much bigger story with no real payoff, at least yet. There’s a clear absence of explanation for almost everything contained here in these six issues, but given Kirkman’s track record of producing very long and overarching plotlines and character development, this shouldn’t come as too much of a surprise.

Despite the lack of answers, A Darkness Surrounds Him is incredibly intriguing throughout and ends on a brooding, gamechanging note. There’s a lot to be found in these pages – many of the issues in this collection concern themselves with a specific possession. It’s somewhat like a “monster of the week” type format, and each one is unique and wonderfully dark. The collection starts off with a possessed child gnawing off his own finger in a colorful, grisly display, and it sets the tone for the rest of the volume. It’s clear right from the start that Outcast is not going to be a happy affair for anyone involved, and that only becomes more apparent as the pages roll on.

It’s scary, that’s a given; there’s a lot of demonic activity going on here, enough to give The Exorcist a run for its money. But it also attempts to dig deep emotionally into Kyle’s life, and it succeeds. He’s a tortured man, both from his painful childhood and equally traumatic adulthood. Life, for him, seems to be unrelenting, and these emotions pack a mean punch. Much of Kyle’s rough past is shown through flashback sequences, with Elizabeth Breitweiser’s coloring helping to add mood and depth to these glimpses of the dark past.

That’s not to say her colors are only noteworthy during the panels of Kyle’s memory – the entire volume is colored masterfully. Paul Azaceta’s artwork is astounding as well, as the art gives the story an authentic Southern setting…a place that seems quiet and unsuspecting; the perfect place for demonic possession. Which, come to think of it, it is a bit over-the-top that all of these possessions just happen to be taking place so close in proximity to each other, but hey, this is a comic book, not an experiment in realism. As a last note on the visual aspect, Rus Wooten’s lettering is absolutely rock solid. It has a great, handwritten feel to each character and adds a ton of personality to the book. 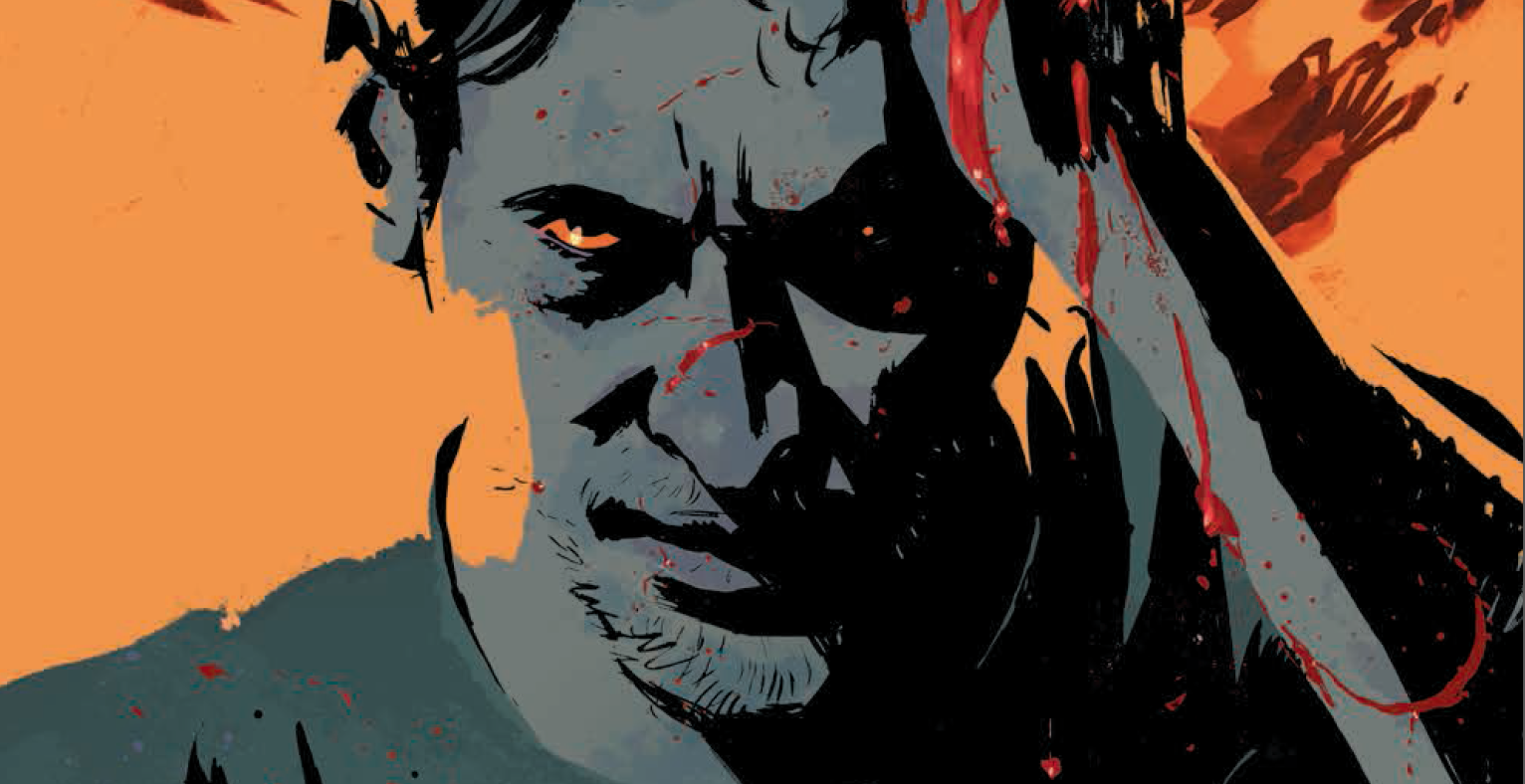 Outcast, Vol. 1: Darkness Surrounds Him is a solid start and sets up for a much bigger story, but hopefully at least some answers get resolved relatively quickly. For those looking for a quick read and nothing more, this may not be the comic for you. On the other hand, if you’re looking to get yourself into a potentially much bigger adventure in demonology and death, there are worse options than Outcast.