Ouija: Origin of Evil is Overwhelmingly Superior to the First Film

While you've definitely heard the same exact story before - family plays with Ouija board, scary spirits become angry - this one just does it right. 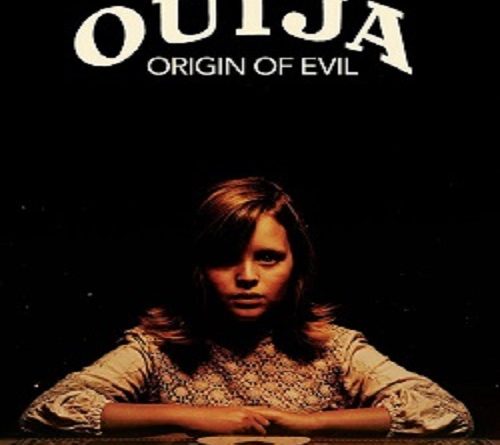 I cannot lie, and I will not even make a sliver of an attempt to sugarcoat it. The first Ouija film, released in 2014, is one of the most moronic films I have ever had the misfortune of viewing. It is bad. It is not worth watching in any way. It’s so bad that it’s hilarious, but not like The Room. It’s more like laughing that your life has gone down such a path and led you in such a direction that you ended up in front of a screen watching something so bad.

So, once I saw the trailer for the sequel, Origin of Evil, I couldn’t help but roll my eyes. There were two reasons for this. The first was that I was in utter disbelief that such a film could warrant a sequel. The second reason was that I knew that I would end up watching – because I’m just that kind of person.

To my overwhelming surprise, Origin of Evil is not a bad movie. In fact, it’s pretty damn scary. Color me impressed!

While you’ve definitely heard the same exact story before – family plays with Ouija board, scary spirits become angry – this one just does it right. There are cliches abound throughout the hour and forty minute runtime, but the cliches work nonetheless. It doesn’t rush ahead to get to the point like so many other Hollywood horror films do, either. Ouija: Origin of Evil, once again to my surprise (and I cannot stress this enough) has excellent pacing. The story progresses naturally and does not feel forced for one second.

The scares mainly come in the form of a young child’s distorted face – Lulu Wilson, who plays 9-year old Doris in the film, becomes an effective outlet for numerous nightmare-inducing sequences. Though the special effects are clearly computer generated, there’s a terrifying quality about them. Refer to the original Lights Out short to get an idea as to what I’m talking about. Writer/Director Mike Flanagan also scores points for allowing the supporting characters to provide personality and motivation. Although the movie does not benefit from any sort of real originality, it doesn’t need to. It’s a fun Halloween movie that will make you jump multiple times. It’s the kind of scare that’s a lot of fun, and most will be able to go home and sleep easily at night.

Again, I said most. There will undoubtedly be numerous angry parents who will walk away with crying preteens who refuse to sleep without the lights on for the next couple of weeks. There’s only a bit of violence, but it’s scary enough to warrant an R-rating for sure. The PG-13 rating is a tad misleading.

If you don’t have a party to attend this Halloween, a trip to the movies to see Ouija: Origin of Evil would be a suitable alternative. It’s a lot of fun and it’s very scary. Although it certainly will not win “Movie of the Year”, it’s one that I will make a point to watch again.

A bunch of cheap, yet effective scares in a movie that takes a story that’s been told one thousand times, yet finds a way to make it fun.