Ori and The Blind Forest Review Look, generally I’m not a fan of platformers. Sue me. I really like RPGs – games where you can really immerse yourself in... 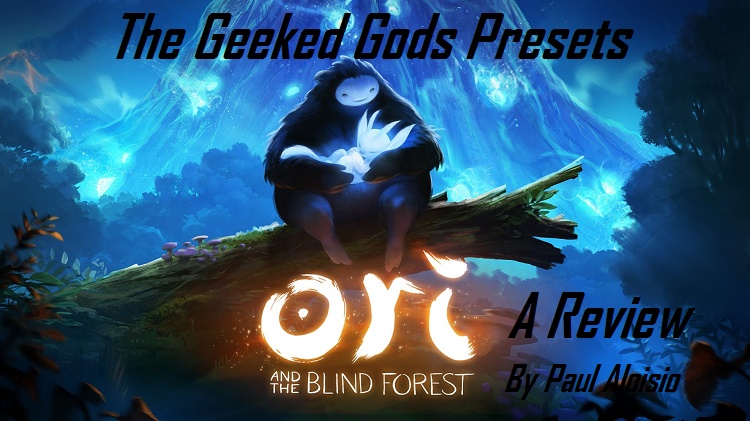 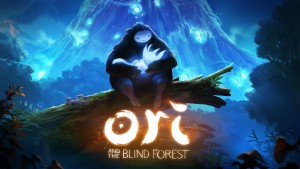 Look, generally I’m not a fan of platformers. Sue me. I really like RPGs – games where you can really immerse yourself in a digital world and get to know it inside out while building characters and creating your own intricate storylines. Mario and his friends have always been cool for me, but nothing to go crazy over. It just doesn’t fit to my tastes. However, in 2015, Microsoft Games officially changed that for me with the release of a wonderful and incredibly special game: Ori and the Blind Forest.

Developed by Moon Studios and published by Microsoft, Blind Forest tells the story of young Ori, an adorable woodland-creature-spirit-thing tasked with the job of saving the forest in which he calls home from certain doom. This forest is called Nibel, and its source of life is The Spirit Tree, which Ori fell from as a baby. Ori is adopted and then sadly orphaned in one of the most heart-wrenching and beautiful cutscenes in recent memory when her mother, a bigger, still-cute-but-not-as-cute-woodland-thing named Naru dies, trying to give Ori the last of the forest’s sustenance. Ori himself then eventually dies before being revived by the Spirit Tree and meeting Sein, Ori’s guide and attack power. The two go on a quest to re-light the three elements of the Spirit Tree: Water, Fire, and Air. Yeah, I didn’t really get it at first either…but it’s beautiful nonetheless. 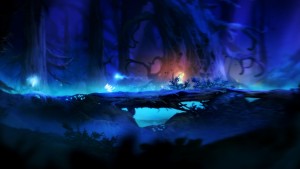 I had never heard of the game before watching a preview of it on the Xbox Live store from which I downloaded Ori and the Blind Forest. It had just been released and the trailer was absolutely stunning; the shades of blue and sparks of light splashing around the screen had me hooked from the start. I saw images or Ori running, jumping, and swimming through what I now know is called Nibel, intent on accomplishing some mission of clear importance.

The beauty in it comes from the combination of absolutely stellar graphics, which is something 2D platforms are generally not known for, and emotional attachment from the very beginning of the game, mostly due to the music and just how damn adorable the characters look. Ori and her mother look something straight out of a Studio Gibli film, familiar yet hauntingly strange. The game greets us with the booming voice of the narrator, seemingly resonating throughout all of Nibel as we watch Ori’s tragic beginnings, breaking our hearts only to empower them moments later during Ori’s revival. We see the culprit of this great disaster as a giant Owl named Kuro, who will be the main antagonist of the game. The owl is beautifully constructed and a veritable behemoth in comparison to Ori, who seems like he’d be about two feet tall in real-life. The viewpoint of the game looks as if we are peeking through the bushes to see where the action is going on – and not in a perverted way whatsoever – while tiny little forest creatures walk in front of our view from time to time, making one feel as if the forest is still alive despite everything it is going through.

But enough about how gorgeous the game is; I’m sure I’ve made that point abundantly clear by now. It’s hard not to write an article solely on the game’s presentation due to the fact that it really is that incredible, but at the end of the day, it’s still a video game, and we are meant to play them as well. So, how’s the gameplay, then? 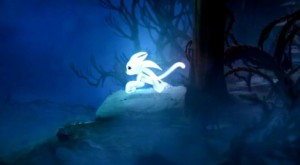 Stellar. Absolutely stellar. Throughout your mission, you learn to jump, then double-jump, then jump off of walls, then swim, then float, and even blow things up with magical spirit powers. Your success in this game relies on your ability to perfectly time each jump or wall-running act; it’s like a way more difficult and intricate Rayman. There were times when things got tough; but just tough enough that I couldn’t wait to try at it again. Some games attempt to challenge you to the point of giving up, and others are a bit too easy; this is right in the middle. It’s hard, but it’s doable. And really, that’s what you want in a game like this…I don’t want Dark Souls-level difficulty in a platforming game. It sucks the fun right out of it and sends you instead to “screw this, the game sucks” mode.

Throughout Ori’s adventure, the player has the option to level up and improve on Ori’s abilities. There are some abilities that are necessary – such as being able to float or swim – and others are just to gain power. For example, I can choose to have my spirit guide Sein shoot multiple targets at a time, or I can choose to spawn more life points. The best way to do this is to max one set of upgrades out and then cleverly balance the rest in response to what your playing style is. Want to blow stuff up? Cool! Max that out. Is health more important to you? You can upgrade that instead, if you want. Ori and the Blind Forest succeeds in being able to progress your character not only through different levels, but different stages of power.

Which brings me to another fantastic point of gameplay; there actually only is one level. It’s all one forest, but there are different areas to it. You don’t simply go from “Water Level” to “Fire Level” by a selection screen…instead, it’s your job to navigate through the forest to find these different places. It’s very fun to explore and go back to certain places once your abilities are improved that you couldn’t at a weaker stage in Ori’s development. 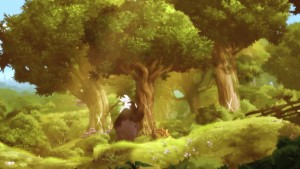 After the game’s stunning conclusion, you are free to roam around the forest and complete more of your tasks. You have the option to collect everything there is to collect, explore the whole map, and max out Ori to the fullest extent. I must stress the phrase “stunning conclusion” as well; the endgame is a powerful, gorgeous display of what a great developing team with good writers are capable of. Without giving anything away, the ending is just perfect. I couldn’t ask for anything more from it.

Or maybe I could. You know what, I definitely could. I’d ask for the game to go on forever. Add some DLC’s. Make a sequel. Since Blind Forest’s release, the game’s been given almost universal praise. It’s so incredibly unique and fun that I would genuinely beg for more stories about Ori. Put him in a different setting. Let him explore a part of the forest no one knew about. I’ll really take anything, but the game deserves a decent franchise.

Ori and the Blind Forest, put simply, is a must-play. 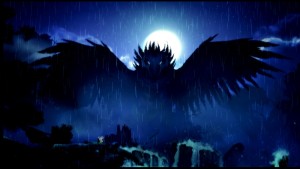 The Geeked God Interviews: Spotlight Author Peter Bebergal of the book, Season of the Witch how the occult saved rock and roll