Non-Legendary Pokemon   Alakazam Alakazam starts with a high speed stat of 120 making it go first against almost any Pokemon, and with a Special Attack stat of 135,...
by Madison Worm June 30, 2017 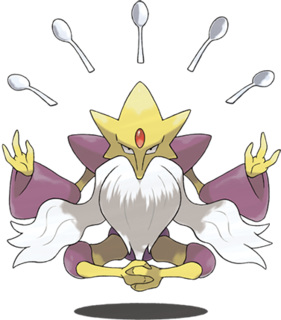 Alakazam starts with a high speed stat of 120 making it go first against almost any Pokemon, and with a Special Attack stat of 135, it hits hard and fast with its Psychic moves. Aside from the move Psychic, Future Sight is a good move because of those stats, while its regular Defense is low due to it’s fragile form, its Special Defense is a decent 95. In the newer generations, when Mega Evolved, Alakazam’s stats rise by 100 points, which is a change from the older generation where they handicapped him due to his extreme power by only raising his stats by 90. When Mega Evolved Alakazam’s Special Attack becomes greater than Mewtwo’s and makes him faster. I think we can all agree he’s the Legendary of Non-Legendaries. 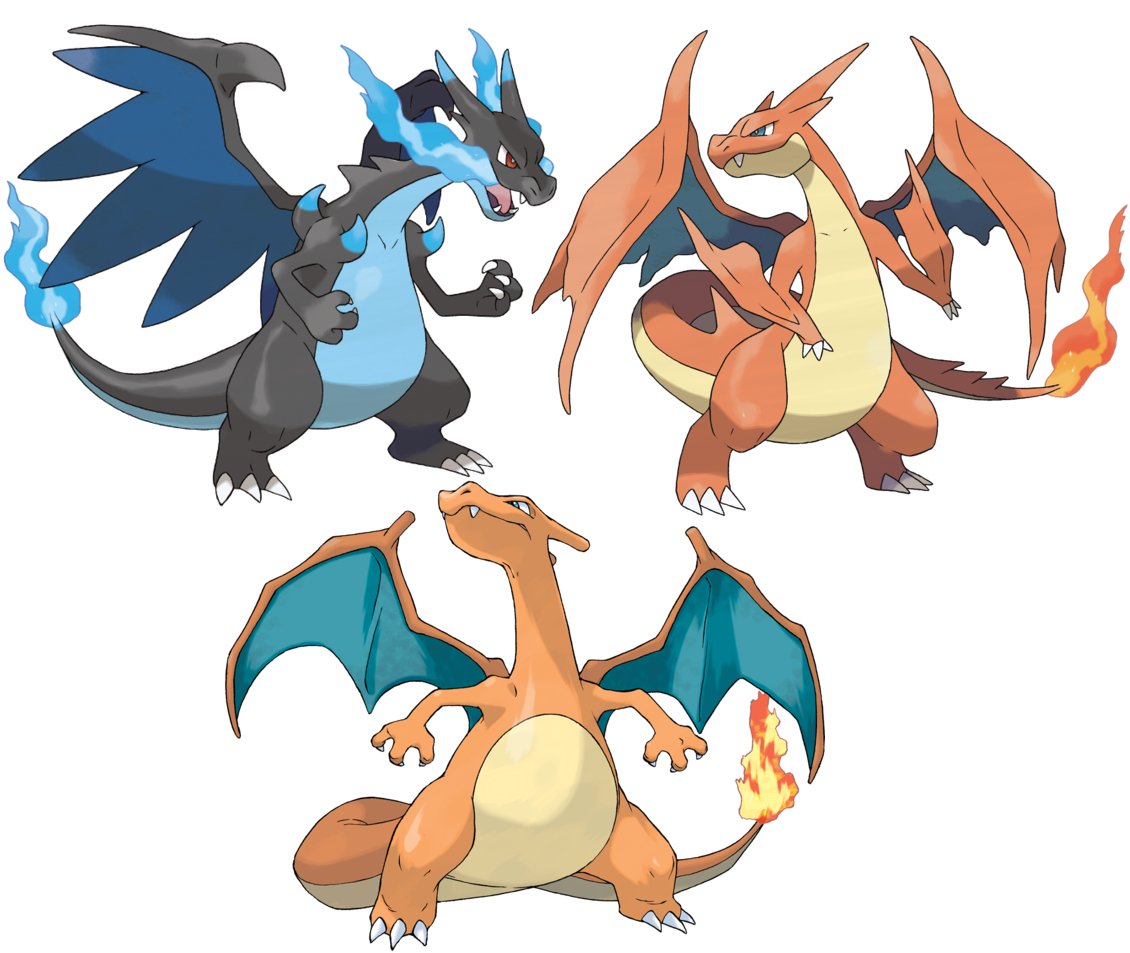 Charizard starts with a decent Special Attack stat at 109, which makes great use of his Fire-type moves like Flamethrower, he also has a heavy resistance to Bug and Grass-type Pokemon and maintains a normal resistance to Fighting, Fire, Steel and Fairy type Pokemon. Charizard has two different Mega Evolutions, an X, and Y forme. Charizard Y’s Special Attack hikes up above what Mewtwo’s is normally, while Charizard X gains weaknesses to more Pokemon types, but makes better use of moves such as Flame Blitz. He’s also immune to ground moves because he’s a Flying type Pokemon.

Metagross is Steel and Psychic which is a unique combination. Because of his type, he’s resistant to Normal, Flying, Rock, Steel, Grass, Ice, Dragon and Fairy, taking half damage; he takes a quarter damage from Psychic-type Pokemon. Metagross starts with an Attack stat of 135 and Defense stat of 130, which makes him a wall of a Pokemon, and this only gets amped up if he becomes Mega Evolved. When in Mega Metagross form his Attack Stat increases by 10 and Defense increases by 20, he also becomes faster, so make sure you have a fast Pokemon of Ground, Ghost, Fire, or Dark-type to take him out. 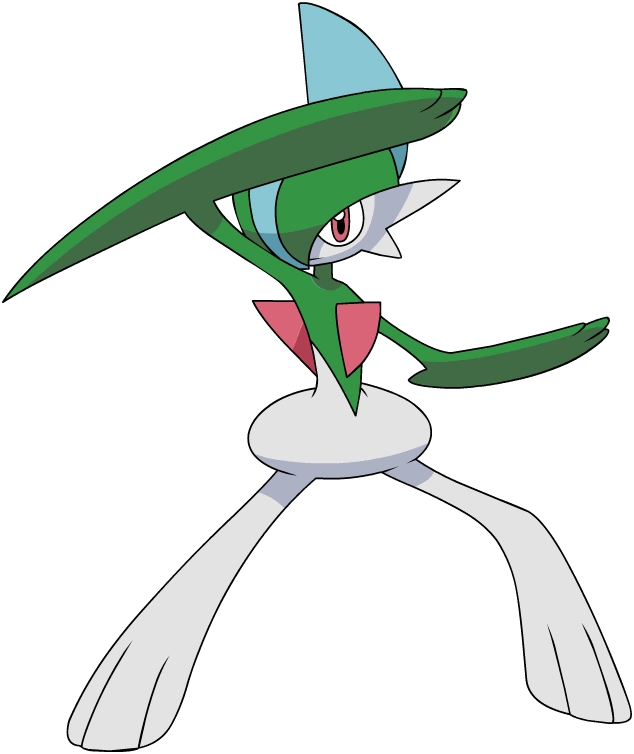 Unlike his female counter part, Gardevoir, Gallade us Psychic and Fighting, making him weak to only three types of Pokemon, Flying, Ghost, and Fairy. He’s pretty effective against Dark types due to being a Fighting-type Pokemon, and he can learn a Dark-type move, Night Slash. His stats are pretty balanced, starting a little low on health at 68, his Attack and Special Defense stats make up for it being 125 and 115 respectively. When Mega Evolved His Attack increases to 165, Defense to 95 and Speed to 110, which will help him stay in the fight and go first in battle.

Being a Steel and Fighting type Pokemon, Lucario is resistant to quite a few types, taking half damage from Normal, Rock, Bug, Steel, Grass, Ice, Dragon and Dark, and taking quarter damage from Rock types. His resistance is a huge part of his power, though his stats don’t hurt. With an Attack of 110 (145 when Mega Evolved), he’s not bad off in a fight, and his Special Attack starts at 115 (140 when Mega Evolved). His speed can help or hinder him as he starts with a basic speed at 90, and it only increases to 112 when Mega Evolved, so he’s not the slowest out there but he’s not guaranteed a first hit either.

Hoopa Unbound has an interesting typing, Dark and Psychic, while that causes him to take four times the damage from Bug and twice damage from Fairy types it causes him to be immune to Psychic types. His Special Attack is huge, starting at 170 with the ability to make it up to about 482, and his Special Defense starts at 130. While he’s a slower Pokemon with a stat of 80, his Special Defense is going to keep him in the fight for a while.

While Zoroark doesn’t have any Special Mega Evolution, it does have a special ability which has cost me more than one battle, Illusion. Using Illusion, Zoroark can appear to be any other type of Pokemon in your opponent’s arsenal, which can cause you to mistype him, causing you to enter a Pokemon that isn’t going to do as much damage as you’d hoped. His Attack starts off good at 105, and Special Attack starts off wonderfully at 120 making him a very powerful Non-Legendary, while he may or may not go first on the battlefield due to speed may not matter, again, due to his ability, Illusion.

While most of Darkrai’s stats are pretty balanced, his Special Attack and Speed can be the downfall of any Psychic. Like any Dark-type Pokemon, he’s immune to Psychic types. He’s weak to few types, Fighting, Bug and Fairy.

Gyarados in his regular form starts with some balanced stats, though with his moves he can quickly become a powerful opponent. His Attack starts at 125, and Special Defense at 100, he’s not the fastest, but he hits hard, and with his ability to learn Dragon moves he makes for a great opponent, especially when Mega Evolved. Gyarados Attack Stat increases to 155, Defense to 109, and Special Defense to 130, while his speed remains the same his change from Water and Flying to Water and Dark type makes him immune to Psychic moves and Resistant to many others. He’s also not a Dragon-type Pokemon, so while he can learn Dragon moves and be a Dragon killer, other Dragon-type Pokemon will only damage him normally.

Fall TV To Watch Out For