-It’s the Future-Next Gen Consoles–Why it took so long for me to get the Xbox 1 Hello everyone this is Ash again welcome to the Video Game Chronicles. Find... 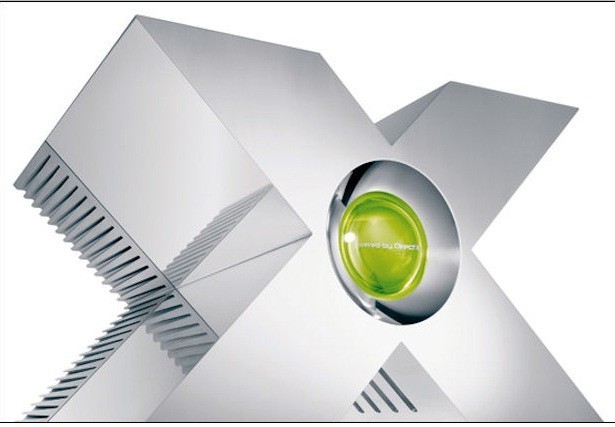 Hello everyone this is Ash again welcome to the Video Game Chronicles. Find me on Twitter at @Thatguyash1018 or the Geeked gods facebook page

For this article I wanted to write about the Next Gen consoles Xbox 1 and PS4 and discuss why it took me till this year to pick up a new console.

I again wanted to admit, I am a casual gamer however when I like a game I will spend an inordinate amount of time playing the game getting every achievement and hidden item I can. The last game that made me feel like that was LA Noire besides the DLC, I had to complete every mission, side missions, find all the film reels and cars I can say I spent over 40+ hours playing that game… Another game that I am currently playing through is the first Ultimate Alliance; I am going back again doing everything I can to get as many achievements, hidden items including mission discs and costumes. I digress……

Even as a casual video gamer I generally have picked up a console in each generation. I like most people my age started in 1988 with the NES, then around 92-93 I got the Super Nintendo and Genesis, then picked up the Sega CD then moved on to the PlayStation. Since I was a Nintendo fan boy from the beginning buying a PlayStation was hard for me. However it was the only system where Spider-man was available and that game changed my life. Next I picked up the N64 playing it in my dorm room (No Mercy/WCW/NWO Revenge 4 life) after that it was the PS2 then I stopped playing video games for 5 years. The five year gap was caused as nothing that came out really made me want to pick up a console as I kinda grew out of videogames focused on other things like making music. But then I went to a friend’s house in 2007 to play Guitar Hero 3 and Marvels Ultimate Alliance and although I didn’t get the first Xbox, the Xbox 360 made me love games again. Subsequently I picked up the Xbox 360 as the system had the games and exclusives that I wanted. I wasn’t a Halo guy but loved the third one. The 360 revitalized my interested in video games and afterwards picked up a PlayStation 3 (Uncharted and Blu-Ray player) and a Wii. I still have each system and play video games when my time allows. Why discuss all this background……

Well I wanted to show that I am a fan of past consoles and not someone who disliked videogames as I discuss why I was hesitant to purchase the next gen consoles (Wii U, PS4 and Xbox 1) full disclosure I did purchase an Xbox 1 this past Christmas. So why did it take me a while to get the new consoles it wasn’t money but there was a few reasons. First Games: I felt that with this launch of the new systems there were not games that would’ve forced me to purchase a new system. Now that is not a slight to any game developers and game designers, they work very hard to create games and often go unrewarded, what I am trying to say was there was not one title that came out that forced me to pick up the console… This changed however when Halo Master Chief Collection came out, I wanted to experience the Halo games that I missed on the first Xbox. I still feel there is a lack of games on the system that I would purchase but the slate of new games coming out like the new Batman Arkham Knight has me hoping. Second Kinect: The Xbox 1 with Kinect was the only way to get an Xbox 1, I have never been a fan nor had the space to utilize the Kinect. I do know that the Kinect is needed to unlock all the features of the Xbox 1 but not necessary. Third bundles: I was looking for the right bundle which I picked up the Assassins Creed black flag and Assassins Creed Unity. Fourth backwards compatibility: The next generation consoles are not backwards compatible which means you cannot play Xbox 360 games on the Xbox 1. However as you can hook up your Xbox360 to your Xbox 1 and it solves the problem see below. However as most of my reason for not getting the new consoles were abated it was time to join the next generation of console owners.

So it’s been two months since I purchased the Xbox 1 and have to say it’s become a favorite console for a few reasons.

Media Hub: the Xbox1 can be my Television command center, even though I have Apple TV, I use my Xbox 1 as my media hub. I often use it to run Hulu, Netflix and other apps around. Another reason Blu-Ray Player: even with a PS3 it’s nice to have as a main console. Easy to use: You can set up voice commands and it is literally plug and play. Limited HDMI ports is I connected my Xbox 360 to my Xbox 1, my current television has only two HDMI jacks (I know, I know I am working on it) but the Xbox 1 has an HDMI in port in the back and setting up the snap function is easy to do. Editor’s note you can hookup anything with an HDMI port to the Xbox 1 and it is easy to use.

The console is not backwards compatible; I know this has a big issue with the console as discussed above.

The Hard Drive: The console comes with a 500 Gb hard drive, however a user can burn through it pretty quickly as all the games must be downloaded to the hard drive. I have five games and several apps and I am at 45 %full for the hard drive. You can purchase flash drives and other external hard drives.

The Xbox 1 is a great purchase lucky everything came together for me to purchase….. I also got a PS4 but am waiting for Uncharted 4 to come out to open it….

Stay tuned for details as the geeked gods will be having a giveaway contest where we will allow a winner to pick either a Xbox 1 or PS 4 controller and customize it for the winners preference at www.colorware.com.