Daredevil Season 2 New Faces    The first season of Marvel Studios/Netflix collaboration, Daredevil, beat out every other show on the service for early views and ratings, including other... 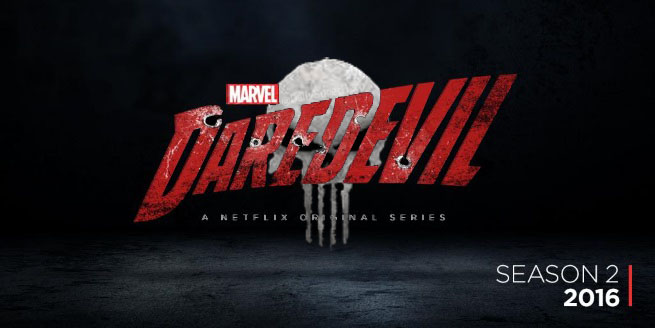 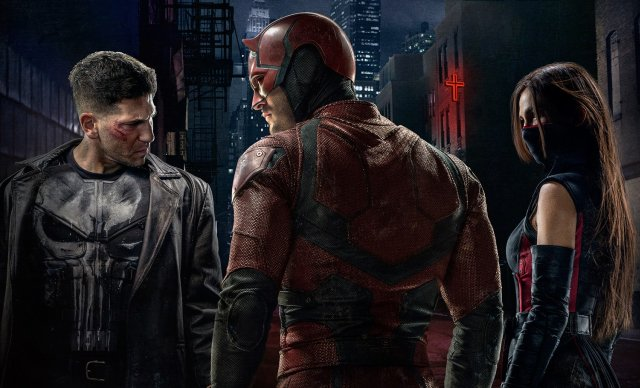 The first season of Marvel Studios/Netflix collaboration, Daredevil, beat out every other show on the service for early views and ratings, including other Netflix original series. It received stellar reviews and three Emmy nominations and is currently nominated in four categories for the upcoming Saturn Awards. With season two premiering this Friday, anticipation is high, and early reviews promise another knock-out.

To help Daredevil newcomers prepare for their imminent binge-watch, here’s a quick look at three new faces that will be joining the trio of Murdock, Nelson, and Page as regulars this season. 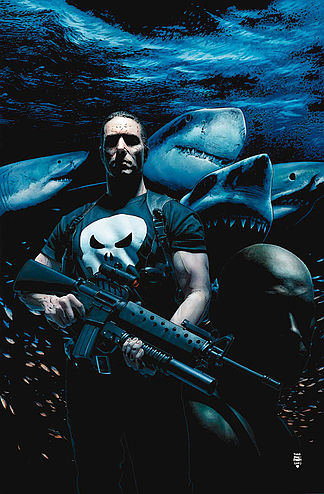 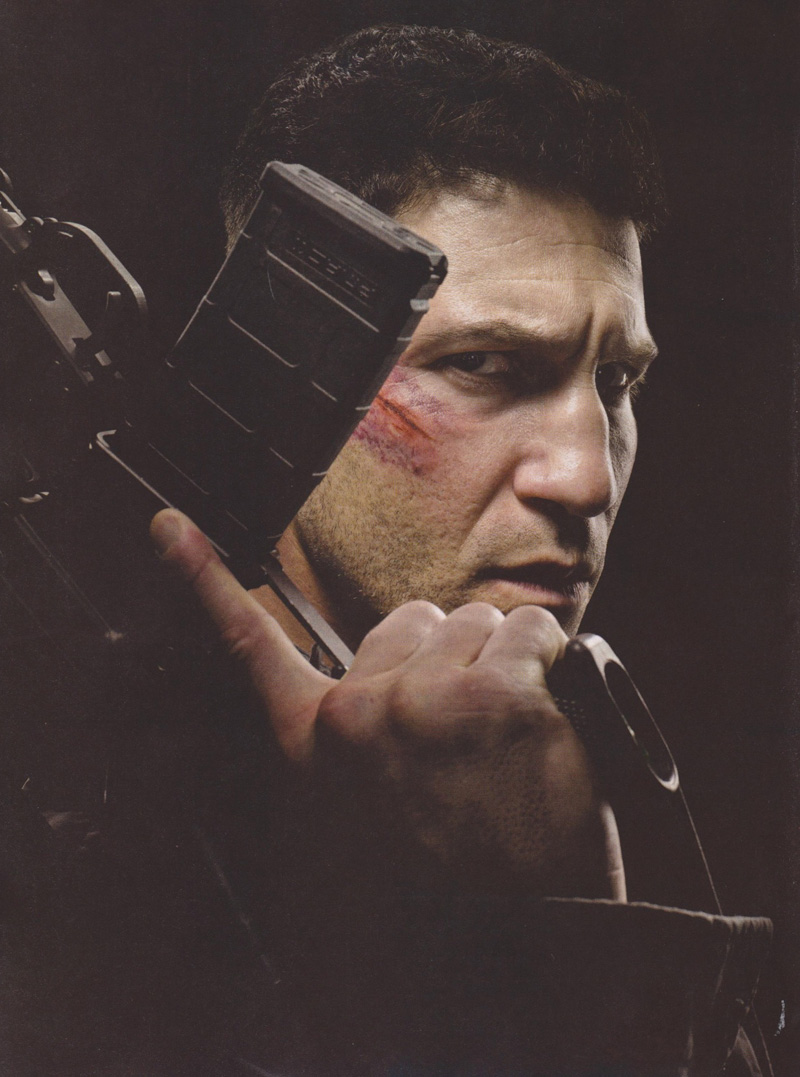 Fans turned off by Daredevil’s brutal violence are not likely to get a break in the second season, since brutality is Frank Castle’s signature style.

First introduced in 1974, The Punisher got off to a great start by trying to kill Spider-Man, but, instead of a murderous villain, he was later revealed to be a murderous vigilante. The character grew in popularity throughout the 1980s, typically teaming up with the heroes best suited to make judgy faces and deliver heavy-handed commentary about the appropriate use of violence, like Captain America.

The Punisher’s association with Daredevil is complicated, to say the least. Though both are vigilantes who beat the crap out of petty criminals and mafiosos, they disagree on some of the more nuanced dilemmas of their vocation, such as cold-blooded murder and the safety of bystanders. With season one villain, Wilson “Kingpin” Fisk, not slated to return, Castle is set up to play an antagonistic role in Daredevil season two, possibly with an enemy-to-ally story arc. However, series producer Jeph Loeb has also indicated the possibility of a Punisher spin-off series, which suggests that the character will ultimately land in the “good guy” category.

Jon Bernthal, best known for another comic-to-TV adaptation, The Walking Dead, will be the fifth actor to play Frank Castle since the 1989 film starring Dolph Lundgren and the first to bring the character to live-action TV. 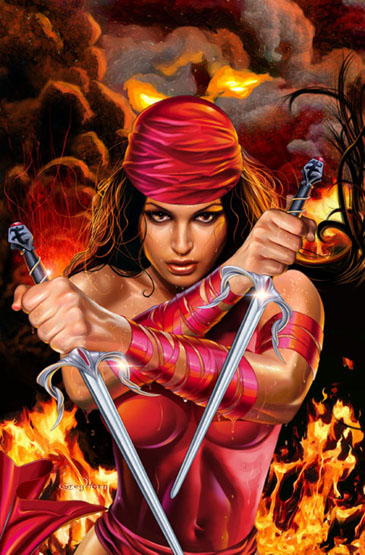 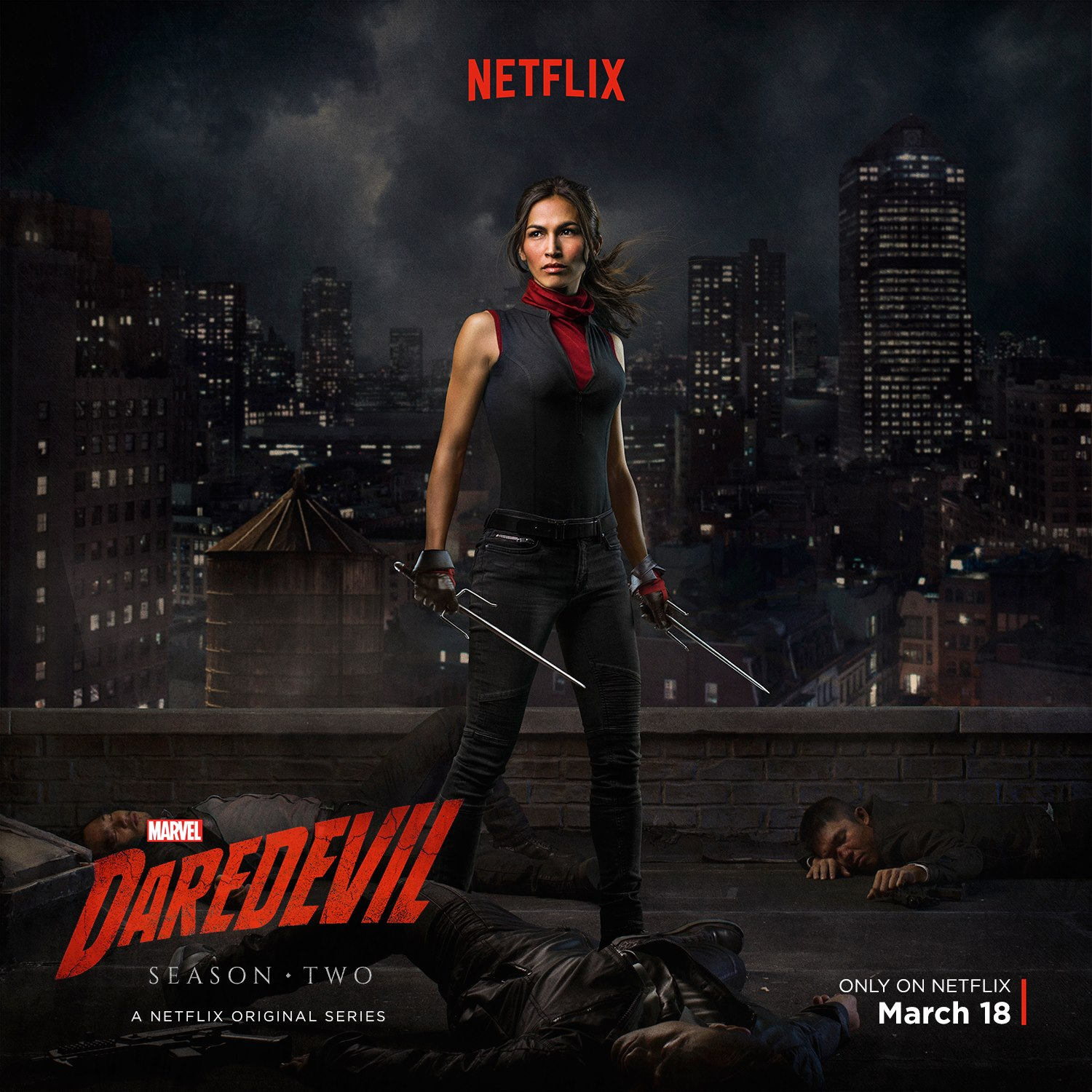 Elektra Natchios was originally intended as a one-off villain during Frank Miller’s run on the Daredevil comic in 1981, but she has since become a mainstay of the Marvel universe, acting as villain or hero depending on the day.

In the first season of Daredevil, Foggy briefly mentions a Greek girl Matt dated in law school, referring to Elektra and setting up a host of potential conflicts for her appearance in season two. Whether Elektra and Matt will be lovers, adversaries, or both, there probably won’t be any happily-ever-after.

Cambodian-French actress Élodie Yung, who holds a black belt in karate and appeared most recently in this year’s heavy-weight trainwreck, Gods of Egypt, is only the second person to portray Elektra Natchios, following Jennifer Garner’s performance in a pair of films most comics fans would rather not think about. 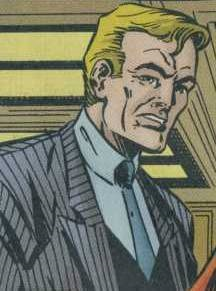 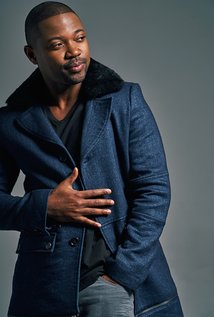 Putting bad guys in jail only goes so far without a good-guy District Attorney to make sure they stay there. Enter: Blake Tower, Daredevil’s new best friend.

Tower was first introduced in 1975 as a political rival running against Foggy for DA. He won the election and went on to participate in legal trials involving a variety of heroes, including Spider-Man, Captain America, Luke Cage, and Iron Fist. Notably, Towers was also involved in the trial against Bucky Barnes concerning Barnes’s crimes committed as the Winter Soldier, which feature significantly in the upcoming Captain America: Civil War movie. While this doesn’t guarantee a tie-in, it seems that everyone else from the Marvel Cinematic Universe is set to show up in Civil War, so throwing in a supporting character from Daredevil wouldn’t be out of place.

This will be the character’s first appearance outside the comic book page and is the first major role for actor Stephen Rider, who previously appeared in Lee Daniel’s The Butler and Showtime series, Shameless.

Season two will also bring back familiar faces, such as Daredevil’s mysterious mentor Stick, played by Scott Glenn, and Rosario Dawson’s Claire Temple, aka Night Nurse, and Marvel fans can look forward to a new round of references, in-jokes, and Easter Eggs. At the season premier party on March 11, Netflix and Marvel officially announced that the next super-powered streaming show, Luke Cage, will be released later this year, on September 30, and the casting of Finn Jones as Kung Fu hero, Iron Fist, was announced back in February. While fans chew on that news and wait for the Jessica Jones season two date, we’ll have bloody battles in Hell’s Kitchen to tide us over.

(Images via ComingSoon.net, Images via Wikipedia, Image via IMDB, Image via Marvel Wiki. All images property of Marvel Entertainment and Netflix.)