Did I mention there's a lot of blood? 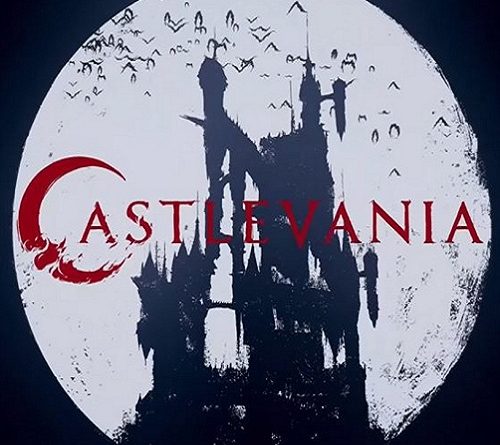 I love Castlevania. Who doesn’t? As a fan of both horror and video games, the series provided a near-perfect marriage of the two. Combined with the nostalgia aspect of the whole franchise, there is almost nothing to dislike about it.

So when I found out about a Netflix original series based on the game, one that was intended to be extremely violent, I immediately became excited. This would be pretty hard to mess up. Castlevania has never really been known for its intricate plot development. All you would need, in my opinion, is some monster slaying and some of the iconic tunes from the game. Pretty simple, I would say.

It certainly exceeds on the monster slaying front and very loose plot, but it’s an absolute tragedy when it comes to the delivery of any classic musical themes from the games. The opening sequence is great. It starts off very eerie and foreboding. No familiar themes yet, but that’s okay. Maybe one of the songs will just erupt and everything will fall into place. Unfortunately, that never happens. 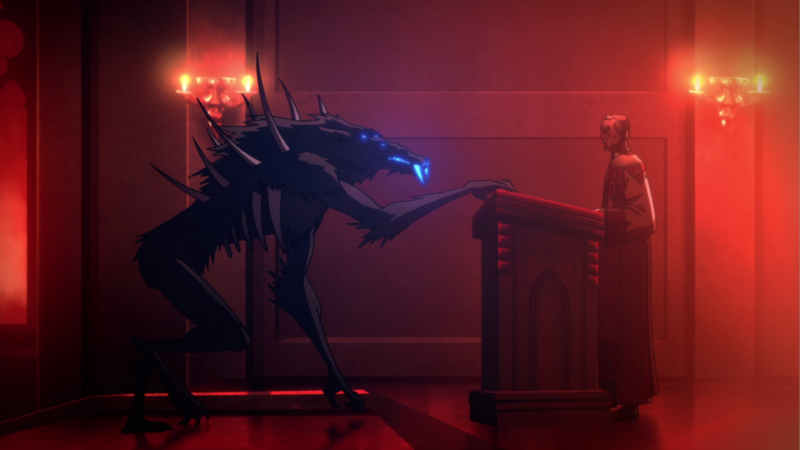 The score is nothing that diehard fans will remember from the video games because it was never a part of the video games. And while it may seem like a very silly complaint, I would beg to differ. Some of the most nostalgic aspects of the games were the scores to them. Sadly, they are nowhere to be found.

Besides that, Castlevania is a pretty good show. For one thing, it is extremely bloody. This is in no way, shape or form, a kid’s show. Trevor Belmont’s introduction is accompanied by a conversation about having sex with dogs in a tavern. It’s followed by a brawl where everyone keeps kicking each other in the nuts. Trevor then goes outside to puke. So, yeah, not for kids. (As a side note, you’ll notice numerous vomit scenes throughout these four episodes. What is up with that!?)

The voice acting is excellent, most notably Dracula’s. Graham McTavish’s vocal performance is harrowing and powerful, with the only detractor being that he is only featured in one episode in the series thus far. Trevor Belmont, voiced by Richard Armitage, takes the focus in episode 2 until 4, and McTavish is not heard again.

Castlevania’s first season starts off with a violent bang in the first episode but changes gears too quickly in the remaining three. It’s not that they’re bad – they’re not – it’s just that it’s extremely unbalanced. This feels very much like a prolog to a bigger story, which we now know to be the case. A second longer season has been announced, thankfully, because if we were to only be left with four 23-minute episodes, Castlevania would have been a disaster.

I’m excited for what is to come and I hope that the series can find a way to streamline the plot and action in the coming season. Director Sam Deats does a fine job, but there are a fair amount of dull spots. There are also some scenes of serious humor and a good amount of sequences that are genuinely frightening. Going forward, the series needs a little bit more spit and polish to make everything develop more evenly. It’s absolutely worth a watch, but it may be worth waiting until the second season so there is more to watch. A little less than two hours just isn’t enough!