Thomas Jane stars in this Netflix thriller about murder and regret.

In “1922”, a man murders his wife with the help of his son in order to keep her from selling their wealth of farmland. It’s a messy, bloody affair; the two hold her down as the father slashes clumsily and violently into her throat. It’s incredibly upsetting, and that’s not even the worst of it. This duo’s woes only begin after this gruesome deed. What follows is a slow, painful descent into regret, trauma, and deep despair.

Thomas Jane plays Wilfred James, a farmer from Nebraska who takes great pride in his farm work and the raising of his son, Henry (Dylan Schmid). His accent is thick – maybe even too thick for the most part, and subtitles are going to be your friend in this Netflix horror venture – but I’ll be damned if he isn’t convincing as all Hell in his role. Actor Dylan Schmid does a fine job, but Jane overshadows the younger actor completely. It’s almost a shame because a stronger supporting actor could have given even more emotional weight to this disturbing, haunting film. It’s one of the only things keeping the movie from being incredible; I suppose “great” will just have to do.

As it is, Jane carries the movie, and it’s a good choice of actors. His stern, rugged demeanor works perfectly for the character of Wilfred. This is a movie that is heavily dependent on character depiction, and if Wilfred was not convincing, “1922” would crumble in on itself. Thankfully, this is not the case.

It also makes use of a minimalist score. The soundtrack is scarce, but when it plays, it does so with intent and urgency. Ambient soundscapes permeate throughout the film, showing equal parts restraint and terror. But what else would you expect from none other than Mike Patton? The Faith No More frontman has never been a stranger to horror and eeriness, and “1922” recalls his Fantomas sensibilities, sans King Buzzo.

The Zak Hildritch-directed film may come off as a snooze fest to viewers expecting a straightaway horror film, complete with jump scares and chase sequences. I hate the term “slow burn”, because what that usually ends up equating to in my opinion is a long, dragged out bore. This is more like a steamroller being driven deliberately slow over you to squeeze and squish the agony out as thoroughly as possible. Quiet as the movie may be, it’s extremely eventful.

“1922” is effective on all fronts – but what it really excels in is illustrating the consequences of your actions. Now, most people know better than to kill their wives, let alone kill anyone; that’s not necessarily what I mean. The film can be seen as an allegorical work. As Henry, Wilf’s son states, “there was another way.” Maybe there always is. Yet, sometimes we choose the wrong path, and sometimes, those consequences far outweigh whatever good could have come from it.

Just don’t go into this movie expecting anything happy to happen. Keep “I Love You, Man” on queue. You’re gonna need something to make you smile because “1922” will do anything but. Highly recommended. 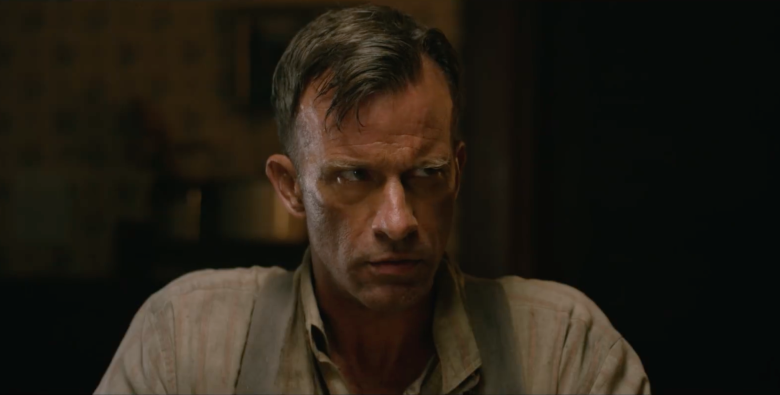