Mysterious Ways: Religion according to Kevin Smith Movies By T.K. McNeil     It has often been said that there are two topics one should never talk about in...
by Guest June 30, 2017 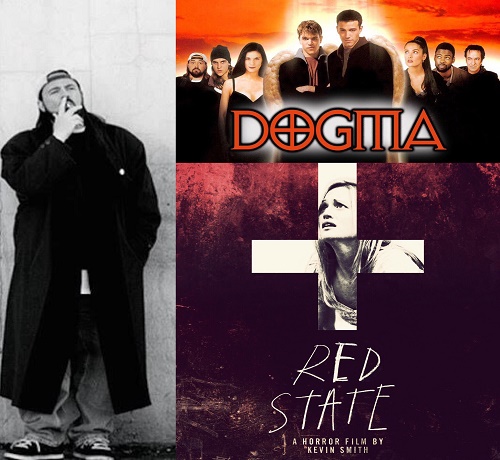 It has often been said that there are two topics one should never talk about in polite company. Politics and religion and one certainly should not joke about such serious subjects. Thankfully there have always been those willing to go against conventional wisdom. Including Voltaire who when urged on his deathbed to renounce the Devil quipped: “This is no time to be making enemies.”

As with all great traditions, later generations have taken up this irreverent, taboo-breaking mantle. One of the best, if least expected is the foul-mouthed philosopher, Kevin Smith. Known mostly for low-budget, vulgar comedies such as Clerks and Mallrats, Smith surprised just about everyone with his fourth film Dogma. Released in 1997, the film was meant to be “a tongue-in-cheek-yet-still reverent expression of the faith I was raised in” (Tough Sh*t; Pg. 25). Though it is safe to say there were many who did not did see it this way. Even among Smith’s fans, many saw it as just another Kevin Smith movie, the presence of Jay and Silent Bob, in the role of prophets, not assuaging this assumption. On the other side of the spectrum, the production caught some serious flack from religious groups, some of them resorting to death threats: “ it wasn’t a good time for most, to work their asses off on an entertaining-yet-thoughtful pot-boiler about faith and spirituality only to have so-called Christians let us know that the Son of God had charged them with smiting us” (Silent Bob Speaks; pg. 17). 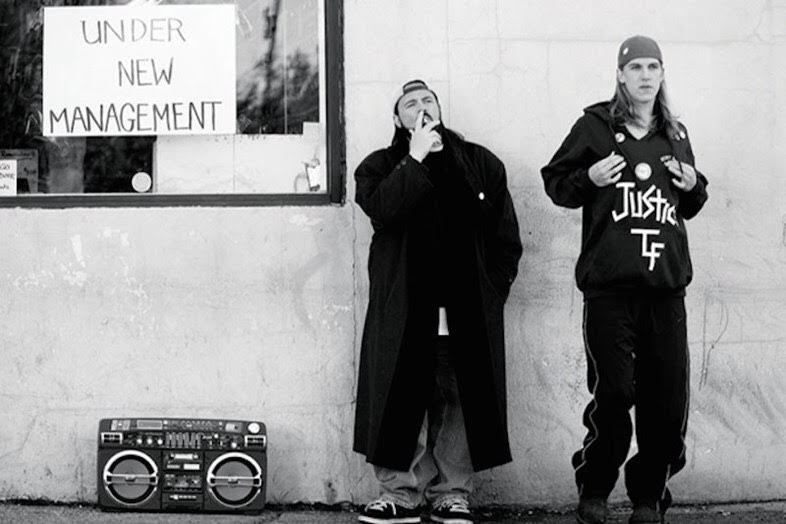 The reason for these two very different reactions, ranging from indifference to murderous rage is the fact that, in typical fashion, Smith did things a bit differently. Had he gone for a straight historical religious drama like Ben-Hur or The Passion of the Christ or for a straight-ahead satire like The Life of Brian things may well have gone quite differently. What set Smith apart was his blending of the high and the low, the profane and the divine. On the one hand, there is George Carlin playing a corrupt, media savvy Cardinal unveiling the Church’s new sigil, the Buddy Christ, replacing the crucifix, on the logic that “Christ didn’t come to earth to give us the willies. He came to help us out. He’s a booster.” On the other side, there is Alan Rickman, who was gravitas personified, as the literal Voice of God, the angel known as The Metatron, providing the ‘silly comedy’ with a degree of seriousness and even heartfelt emotion in the process. Even the theologies referenced are a mixed-bag. Roman Catholicism is, of course, at the center of the narrative but there are also appearances by the Greek Muse Serendipity, and even the name of Loki, the Giant who betrays the gods in the Norse tradition, in this case, applied to a smart-arse, hoodie wearing, former Angel of Death who gets his kicks convincing members of the clergy to go, atheist. 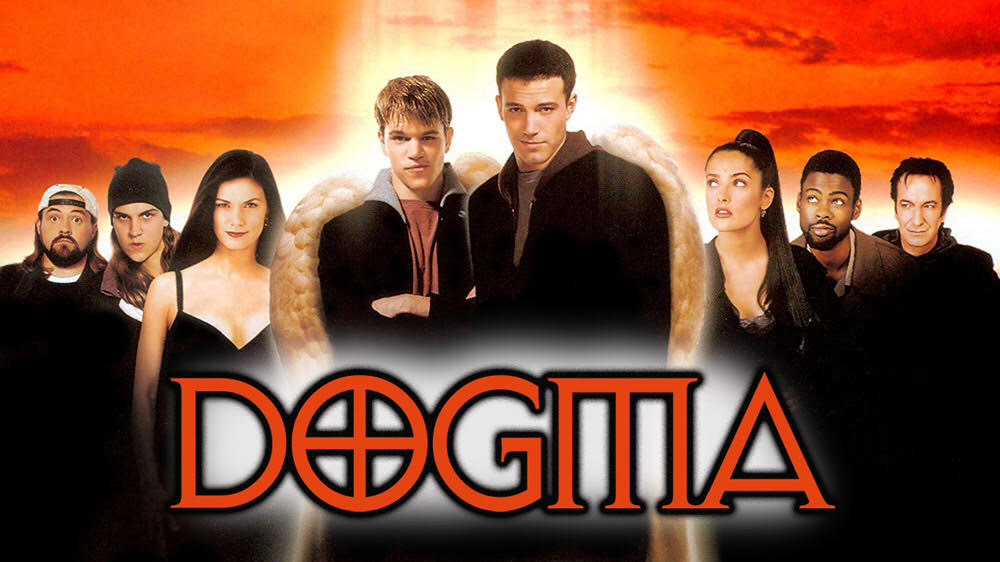 Far better received, at least in part because it bears only a passing resemblance to his earlier work, Red State, released in 2011 was the first film Smith produced and distributed on his own. On paper, the film is a ‘domestic horror’ movie in the tradition of  Straw Dogs or Last House on the Left, in which the surroundings tend to be familiar if not cozy and the monsters undeniably human and therefore much more terrifying. In the case of Red State, the horror originates with a large family of religious fanatics, overtly modeled on the real-life Phelps family that make up the Westboro Baptist Church. Though to be fair, the real-life Phelps clan have never been anything annoying, protesting anything they don’t like. The Conner family in the film are more of a mash-up between the Phelps family and the extremist, Waco chapter of the Branch Davidians lead by David. Koresh, who had their compound burned to the ground by federal agents in 1993.

The film starts out like a Gregg Araki sex comedy, with three virgin high-school boys shocked and elated to find a woman online willing to have sex with all three of them. It is not until they go to meet said woman, a member of the above-described Conner family, that things go south. Though even when they do, a touch of dark humor permeates the proceedings such as having John Goodman, best known for playing the patriarch of a different Conner family, as a conflicted federal agent gently reminding the audience that this is still a Kevin Smith flick. Despite being almost designed to offend certain sensibilities, the only people who really came out against Red State are the Phelps family themselves and not all of them. Former members who defected from the group such as Megan Phelps-Roper have since stated their support for Smith and appeared on-stage at screenings of the film.

Despite going against conventional wisdom and having a style generally more suited to an Art House than the Multiplex, Kevin Smith has some pointed and poignant points to make about the nature of faith. That he can do so with humor is an added bonus.