Most Unique Characters in Tabletop RPGs

There are some who play RPGs wanting to fit comfortably into a familiar archetype. These are the people who always want to be the angry (but lovable) barbarian, the...
by Jake Hill March 17, 2017

There are some who play RPGs wanting to fit comfortably into a familiar archetype. These are the people who always want to be the angry (but lovable) barbarian, the sarcastic freighter pilot, the cold-as-ice sorcerer or whatever their favorite character is. There’s nothing wrong with that, but there are some people looking for a change. Here are a few totally unique characters that will play different than anything else in the game and perhaps even different from any other game you’ve ever played. 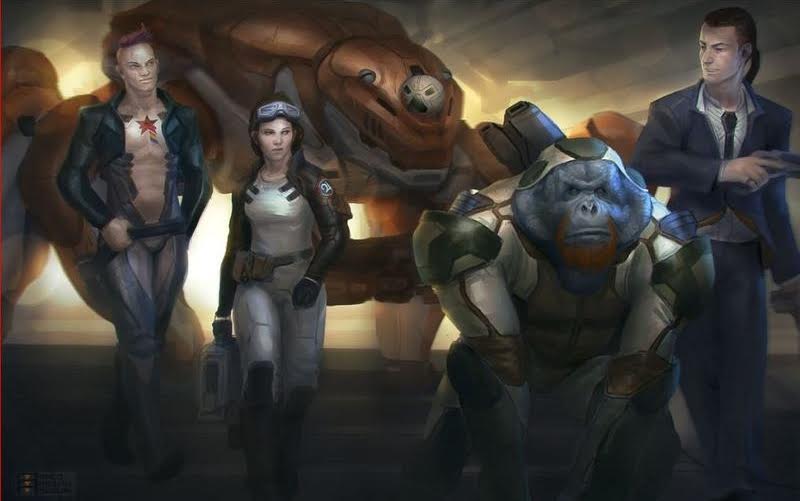 The Mortal in Monsterhearts

In “Monsterhearts,” everyone plays as a sexy monster going to high school together. It’s less about fighting bad guys and more about interpersonal relationships, less “Supernatural” and more “Vampire Diaries.” All the players have been brought back from the dead, or have a werewolf curse, or are the chosen one, all except the Mortal. The Mortal has no magic powers, and is pretty much there to be kidnapped and abused. So why would that be fun to play?

When done right, the Mortal is pretty much the most powerful character in the game. “Monsterhearts” isn’t about brute strength or survivability, it’s about manipulation and no one is a better manipulator than the Mortal. The main mechanic of the Mortal is offering experience points to the other players (and yourself) for doing what you want. It can even go deeper than that. Kidnapped by a cult? The mortal can send a psychic cry for help to their vampire lover. You can even invoke the name of your supernatural guardian for bonuses to intimidate terrible creatures of the night and bullies alike.

The big catch is if the mortal has sex with another character (sex and romance is at the core of “Monsterhearts”), they immediately trigger that character’s Darkest Self, a state that turns one of the characters into the main antagonist as they give in to their most monstrous and evil impulses. But that means the Mortal has more control of when the Werewolf transforms or the Witch goes on a hexing rampage than those players have over their own characters! Just roll to seduce and then sit back and watch the drama.

The Huckster in Deadlands 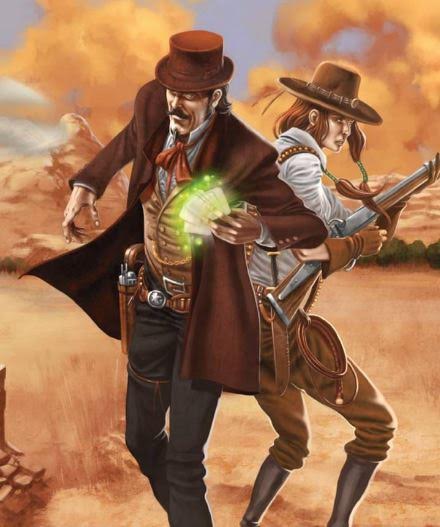 In the Weird West, cowboys and mad scientists go toe-to-toe with wizards and the undead. That’s the premise of the original “Deadlands,” originally published in 1996. In 2006 the setting was converted into a bunch of more common rulesets (including “Savage Worlds”, but that’s a shame because the first edition of “Deadlands” had some of the most unique rules of any RPG. No character better represents that weirdness than the Huckster.

Con artists, gamblers and snake-oil salesmen, the Huckster is the “Deadlands” equivalent of a sorcerer. “Deadlands” uses polyhedral dice of every shape, and also poker chips and playing cards to make the game function. Hucksters can manipulate the cards to build spells. Specifically, to cast a spell, they need to make the best possible poker hand with the cards drawn to build their trickster magic.

Draw yourself a deuce or three-of-a-kind? That could work for low-level spells, but for anything higher you need a flush, a straight, or a full house. If you draw yourself the mythic royal flush or a dead man’s hand, the rule book never got into too much detail, but you can assume reality bending effects.

“Deadlands” was the rare game where the rules and the lingo totally matched the flavor of the game’s lore. Lots of games come up with cool names for the Game Master (in “Deadlands” it’s the Marshal) but this is a game where everything from the character classes to the rules for initiative are based on the supernatural cowboy theme. Want to be a poker playing con artist wizard? The original “Deadlands” is where you can do it.

Any Firewall Agent in Eclipse Phase 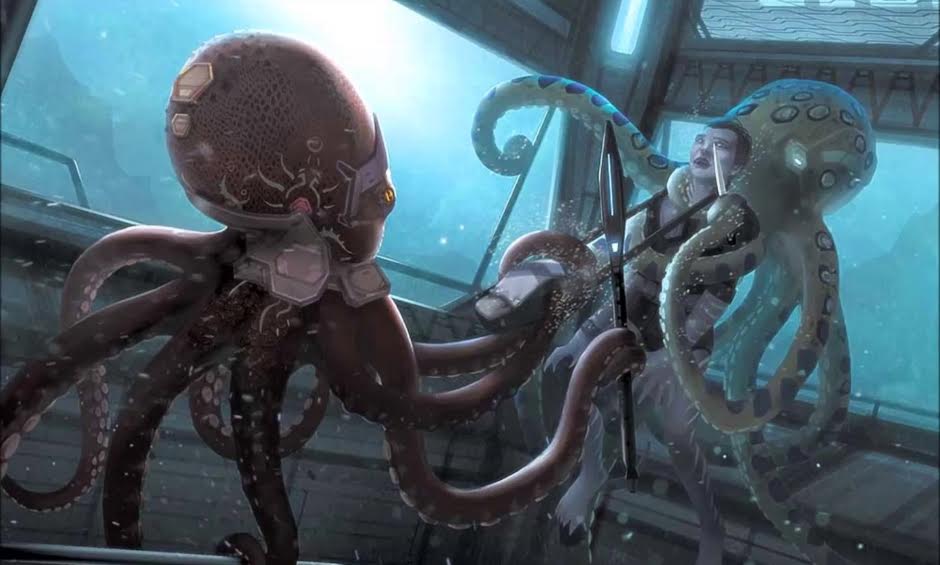 There are few settings more realized than “Eclipse Phase,” which takes place in a future where humanity has forsaken their bodies and continued on as a digital consciousness. There’s more to the backstory in “Eclipse Phase” than I could adequately explain here, but here’s the cliffsnotes.

In the far future, the solar system has been filled with clouds of nano-processors, giving humanity a nigh-infinite amount of digital storage space and processing power. Put this together with major advances in 3D-Printing, and there’s little humanity can’t achieve. Of course, this inspires people to go ahead and invent a super-intelligent A.I., which of course goes all Skynet and destroys the Earth. The few who were lucky enough to be off of Earth when the apocalypse hit retained their original bodies, every other survivor became a digital backup of their minds.

All the players are Firewall Agents. What makes them unique? In “Eclipse Phase,” your character sheet is limited to your mind, called your Ego. That stays (mostly) consistent throughout your game. Your body, that’s treated like a piece of very expensive equipment. You won’t get a new body every time you play, but Firewall, an elite group of adventurers, renegades and heroes, has the resources to lend you the body you need for a particular adventure.

What this means is you will constantly be creating your character to reflect your new body. One session you might have a clanky, super-strong metal form, the next game you may be in an eight-armed gigantic space-octopus body, or a four-armed Martian body based on a liberal reading of the “John Carter” books. You can augment your bodies and level up your mind on a dual track. Eventually, your Ego character sheet will be your main one, but you will have collected secondary character sheets for all of your different bodies.

A Lady Knight in Pendragon

A tale of knights and quests may sound like typical RPG fare, but “Pendragon” is plays very differently than your usual dungeon crawler. It is a meticulously researched campaign taking place in the time of King Arthur. Unlike many other RPGs, “Pendragon” follows a set story, called the “Great Pendragon Campaign,” tracking hundreds of years of Arthurian myth, from the reign of King Uther to Arthur’s death at the Battle of Camlann.

The players are supposed to play as knights, probably from Salisbury, or another wealthy county of England. They play every year of the story, with Arthur and his family acting as the setting, and each playing each season of each year as a turn. They spend Autumn at court in Camelot and Winter building up their estates and the Spring going on quests. Because the campaign is so long, the player characters will eventually die, at which time the player takes up their heir as a character (who they have been raising as part of the story). They set aside their old character sheet and continue on as this new person.

In the third edition book, “Knights Adventurous,” rules were added to play as something other than an English Knight. Players could play as a warrior from Saxony or Pictland, or most interestingly as a woman. Sexism is the law of the land in Arthurian England, and although the code of chivalry insists that knights treat women with honor, the lack of lady characters is a definite dealbreaker for a substantial percentage of the game-playing population.

There are a number of ways the book recommends adding female characters. There are rules for eliminating some of the sexism inherent in the setting, though the book makes a case for preserving the morals of the story. There are ways to play as a Brienne of Tarth sort of character, seen as odd by most of her peers. The most interesting option though, is to play as a knight who is a woman in secret.

Women secretly masquerading as knights and warriors is a time honored tradition in folklore, and presents roleplaying opportunities unlike any other, asking questions about gender and sexuality that many of us don’t normally associate with ancient folklore (or, on the other hand, some of us vociferously do associate). For example, a large component of the game is producing an heir. So does the Lady Knight have a husband who’s in on her secret? Is he also deceived (and not very bright)? Do her parents know? How about her companions, the other player characters? What will happen when a more traditional knight finds out? Will he duel her, or have to change his moral stance?

There’s criticism that themes of sexism are unnecessary in the fantasy genre. In a world where we can imagine faeries, dragons and trolls, surely we can also imagine gender equality? While that is an option in “Pendragon,” this is a game built on the purity of the Arthurian continuity. With the right roleplaying group, you may get the chance to play a game that challenges the legends we know and the ideas we have about gender, even today. Who knows? Maybe you’ll learn about yourself as much as you do about King Arthur.

So whether you are a veteran RPG player bored of the warrior/mage/thief triumvirate, or you’ve never been interested in the standard fantasy setting, know that there is a game out there for you. Some games hinge on kooky mechanics and some games push fascinating themes. Find the RPG that suits your particular gaming group. As always, if you have an experience with one of these games, or think another character needs to be included here, tell us about it in the comments!