Top 10 Weird Al Songs By Tahlia Merrill Kirk Our newest Mixtape is all about Weird Al Here is a short list of songs that I have recognized in... 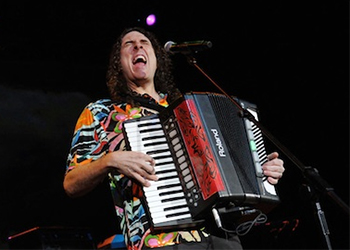 Our newest Mixtape is all about Weird Al

Here is a short list of songs that I have recognized in grocery stores/malls only because I was already familiar with their Weird Al versions (usually from his polkas):

Now, I can’t claim I own every Weird Al song ever recorded, but I’m pretty sure my collection contains over a hundred tracks. Me and Al go way back. I was raised on his music from a young age by parents who had to explain who Eddie Vedder, Forrest Gump, and Jerry Springer were. When I had my first breakup, Weird Al music was literally the only safe music on my ipod for weeks (everything else would make me cry). Ironically, going to my first Weird Al concert a few years later, would be one of the best dates I’ve ever had. 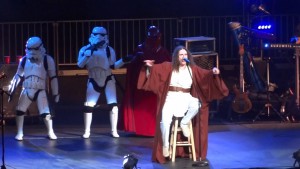 So without further ado, here’s my personal Top 10 List: 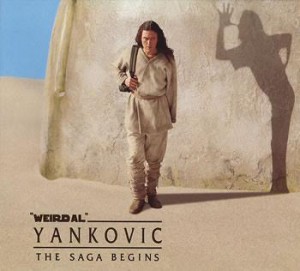 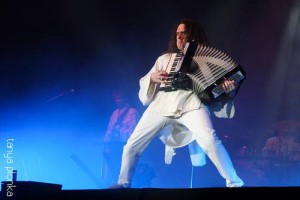 In case you’re curious how my list lines up with an official Greatest Hits albums (of which there are many), here’s what’s listed on Weird Al’s most recent “Essentials” cd from 2010. I’ll bold the ones that show up on my list:

Another One Rides the Bus, Polkas On 45, Eat It, I Lost On Jeopardy, Yoda, One More Minute, Like a Surgeon, Dare to Be Stupid, Dog Eat Dog, Lasagna, Melanie, Fat, UHF (single version), The Biggest Ball of Twine In Minnesota, Trigger Happy, Smells Like Nirvana, You Don’t Love Me Anymore, Bedrock Anthem, Frank’s 2000″ TV, Jurassic Park, Since You’ve Been Gone, Amish Paradise, Gump, Everything You Know Is Wrong, The Night Santa Went Crazy (extra gory version), Your Horoscope for Today, It’s All About the Pentiums, The Saga Begins, Albuquerque, eBay, Bob, Hardware Store, I’ll Sue Ya, Canadian Idiot, Pancreas, Don’t Download This Song, White & Nerdy, Trapped In the Drive-Thru, Ricky, Midnight Star, Living With a Hernia, Good Old Days, Wanna B Ur Lovr, Genius In France

Five Movies that need the Rifftrax Treatment or Terrible Movies I will never watch unless Rifftrax Covers them first.