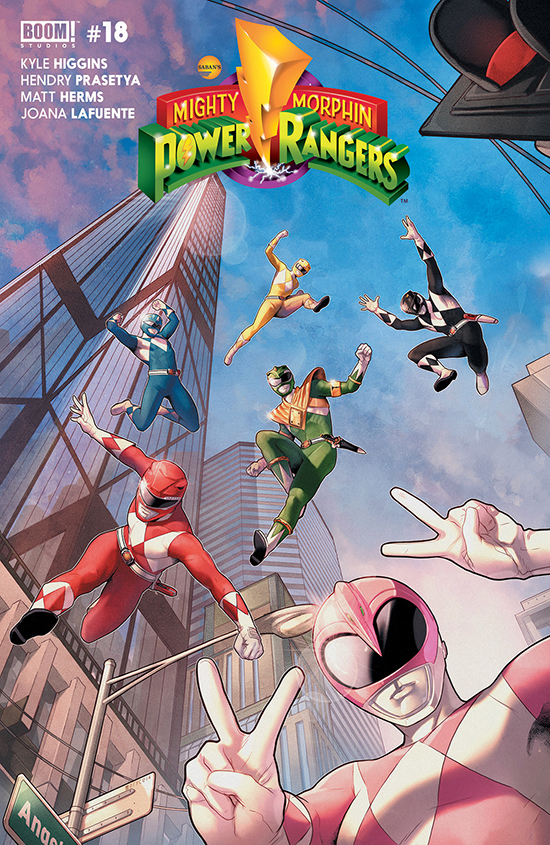 Boom! continues its runaway success with the Power Rangers line this month as Mighty Morphin’ Power Rangers starts up its third major storyline. While Go Go Power Rangers focuses on the team at the very beginning, the team here has fought past their on-going doubts of the newly joined Green Ranger, Tommy, and are beginning to gel as a unit. But now they have to contend with something far more sinister than anything they ever fought on the TV show: a new, civilian mentor and a world without a major, overarching villain – at least, not at the moment.

A subject never dealt with by the original series was the Rangers place in the world as heroes or even as vigilantes. It wasn’t something that ever occurred to you as a kid, certainly, but the Rangers are operating largely unchecked, causing mass destruction and undoubtedly raising a few eyebrows. With the introduction of Grace Sterling, an entrepreneur with a strangely large intelligence force, the seeds are sown for a new era for the Power Rangers. Rudderless as they are temporarily without Zordon, the team is running on fumes as they work to stop world disasters and save innocent lives. The team is stepping up in the absence of a significant threat, something that was always implied would happen in the original series but never actually occurred. 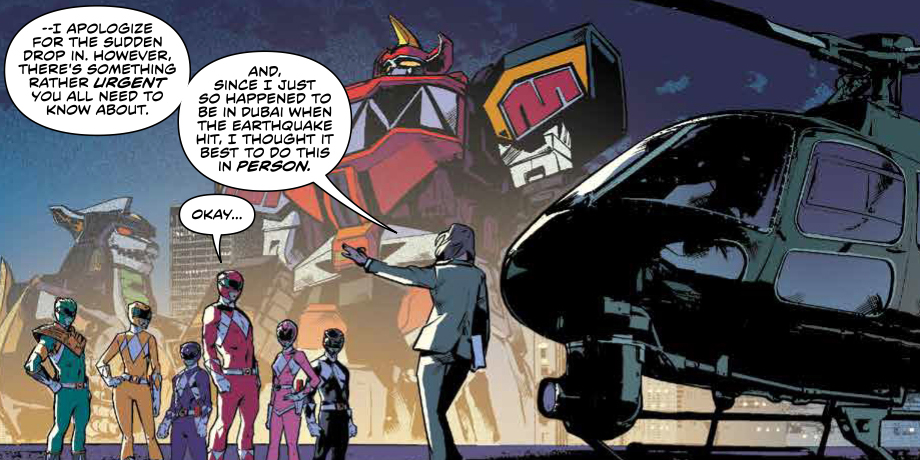 Seeing the team investigate things not directly related to Rita Repulsa and working with a civilian is a breath of fresh air and a set-up that I found I enjoyed. It’s great that the team is finally operating as, you know, a team again after the strenuous first stories dealt with the team’s distrust of Tommy. The action sequences we see here are a breath of fresh air as well, as the team contends with a monstrous race of monsters similar to Putties. It all ends with a hell of a set-up, as the team faces the prospect of a new mentor and a familiar yet terrifying face moves to the forefront of the villain roster. 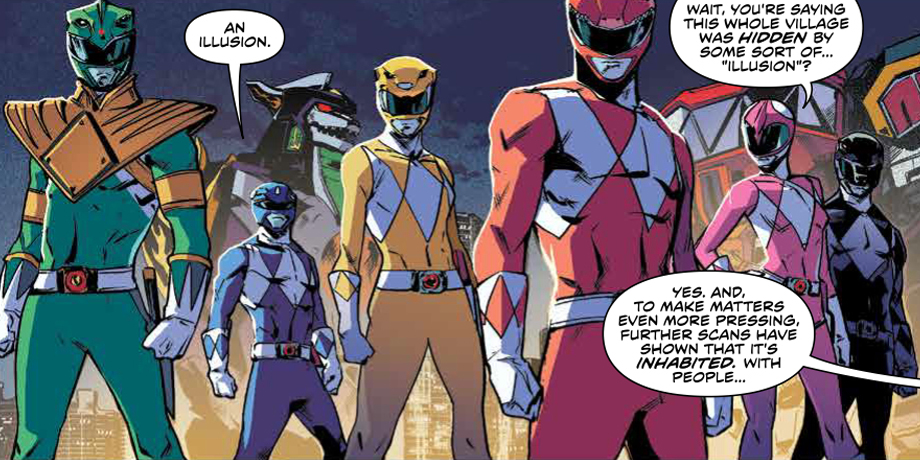 As much as I enjoyed Go Go Power Rangers, I find the core Mighty Morphin’ Power Rangers book to be the better of the two. It just feels more mature and more fleshed out in its storytelling, though that’s obviously likely to change as Go Go progresses. The tone Higgins takes with the more story is much more adult, almost entirely avoiding the high school drama that permeates most stories. As the perfect palate cleanser afterward though, there is another installment of “The Ongoing Misadventures of Squatt & Babboo,” which features the pair mysteriously turned into Zords. 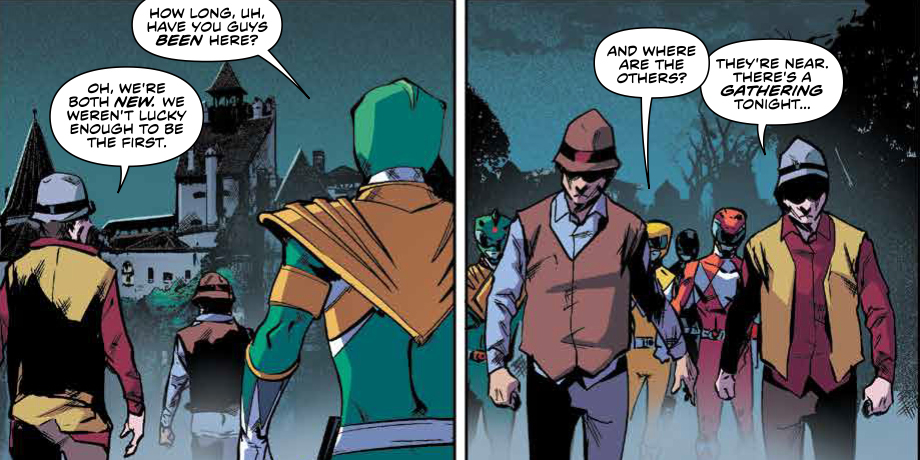 Mighty Morphin’ Power Rangers remains Boom!’s best licensed book easily, and one of the best titles they’ve got on the market right now. The ongoing growth of the long running Power Rangers mythos still feels fresh and vibrant, and manages to remain intriguing and grounded even after a story as far out as the previous interdimensional/future Evil Tommy story. This is one of my favorite books out there, and one that every Power Ranger fan old and new should give a shot.