Marvel Characters that need to be seen on the Big or Small Screen With a large universe as the MCU and Netflix series has been it’s surprising that some...
by Ashish June 15, 2017

With a large universe as the MCU and Netflix series has been it’s surprising that some characters haven’t been seen on the big or small screen some characters have had a shitty appearance in Movies and TV (Cough Mephisto, Silver Surfer, Fantastic Four, cough). So here is a list of 10 Characters we want to be seen on the live action small or big screen. 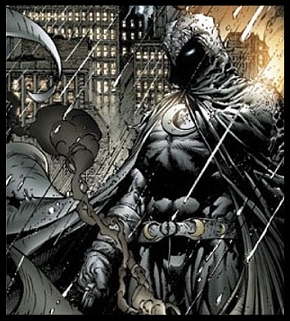 Moon Knight is one of the biggest fan favorites in the Marvel Universe. Often called Marvel’s version of Batman Moon Knight is much more than that. Moon Knight is the vessel of the Egyptian God Konshu the God of Vengeance and the Moon who resurrected Marc Spector and imbibed him with powers to become Moon Knight.  Moon Knight takes to the street attacking crime, seeking Vengeance for the wronged. Lucky for us there is a Netflix series in development. 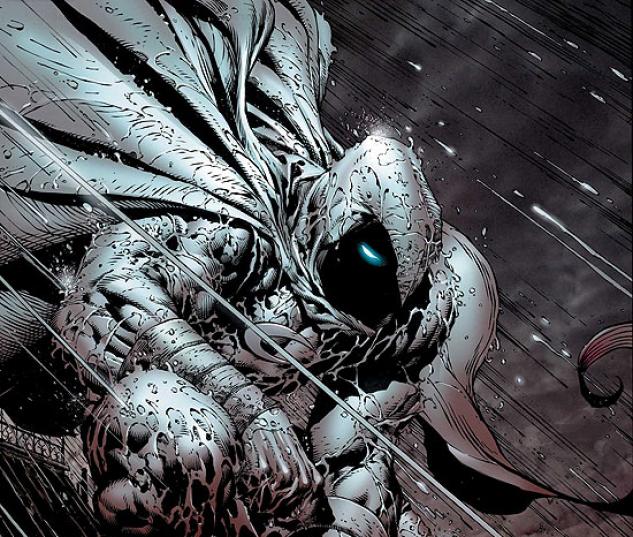 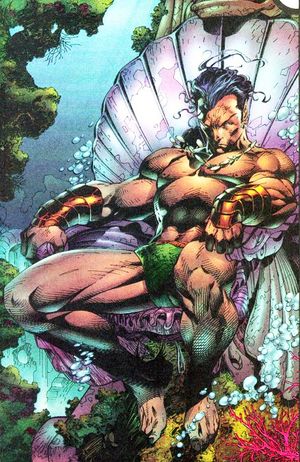 Namor the Submariner is the mutant half Atlantean/half-human prince of Atlantis. He is one of the original Marvel characters who goes back to 1939. He is considered an antihero often portrayed as kind of a dick. He predates DC Comics Aquaman. As one of the original Marvel characters he has never been seen in a live action format a lot of that has to do with a complicated rights issue. Rumors are that Namor’s rights have been returned to Marvel so we soon may see Namor on the big or small screen. 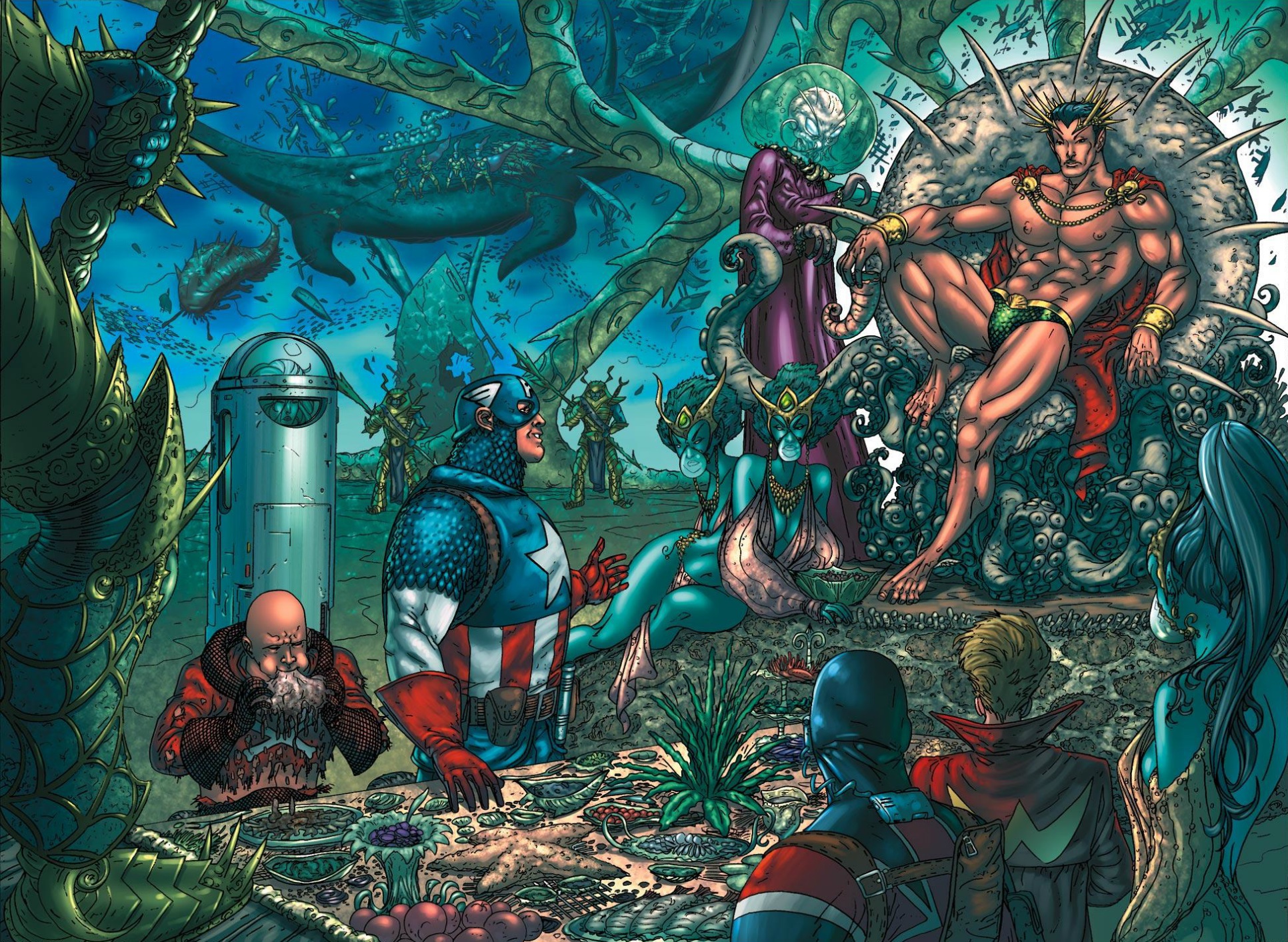 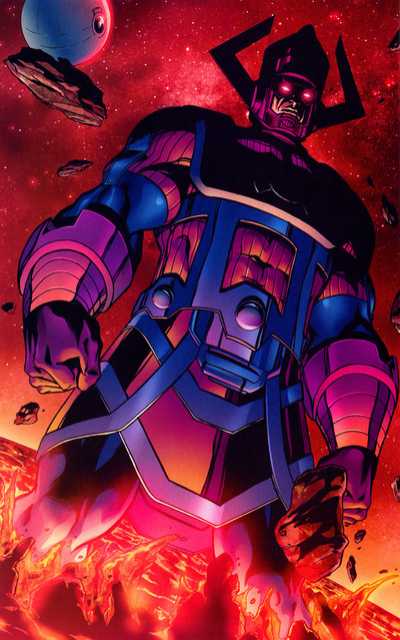 Galactus was the last survivor before the big bang became a cosmic being who feeds and devours planets due to hunger. Before becoming Galactus, he was Galan, a space explorer who merged with the sentience of the universe. One of the most powerful beings in the Marvel Universe.  He did appear in the movie Fantastic Four 2 Rise of the Silver Surfer but doesn’t count. However, it was a  menacing cloud or some shit. Galactus This was one of the worst aspects of the Fantastic Four Films, and there were many terrible parts of the movies. Part of the reason why Galactus has not appeared in the MCU is that Fox owns the rights and even with three terrible Fantastic Four films have given no indication of returning Marvels First Family universe. So there might be a slim chance that Galactus appears on the big or small screen anytime soon. 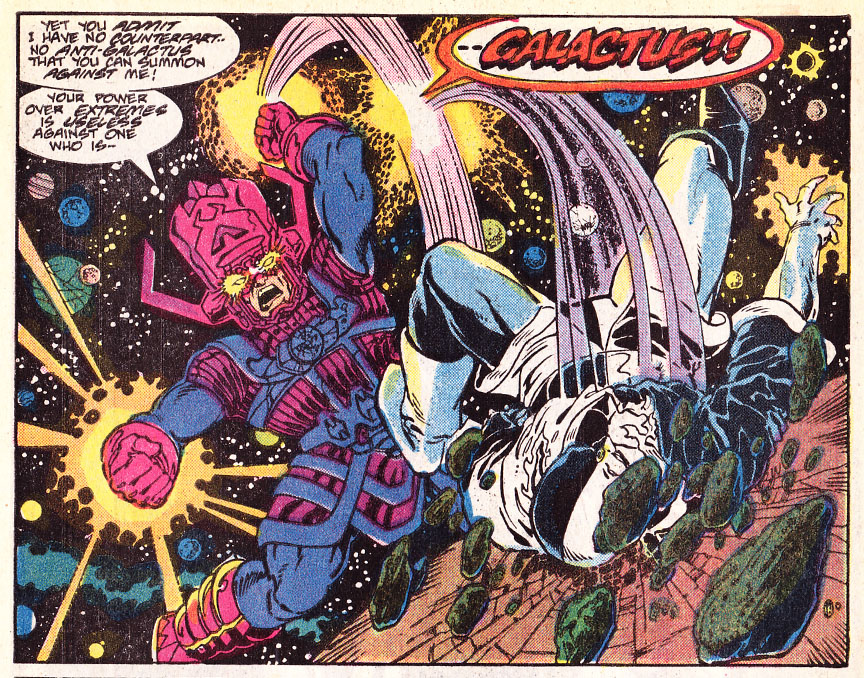 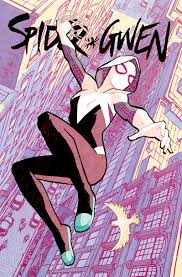 Spider-Gwen is one of the newest characters on this list. Since her debut, Spider-Gwen has grown in popularity.  Spider-Gwen is Gwen Stacy from Earth 65. On this Earth, Gwen Stacy was bitten by the  Radioactive Spider and couldn’t save the Peter Parker of her world. Spider-Gwen has become one of the most popular characters who now has her series.  It’s a matter of when with Spider-Gwen, Sony will eventually put Spider-Gwen on the big screen she is too popular for Sony not to do it. It just depends on if it will be with the MCU Spider-Man Series or her movie but it will happen. 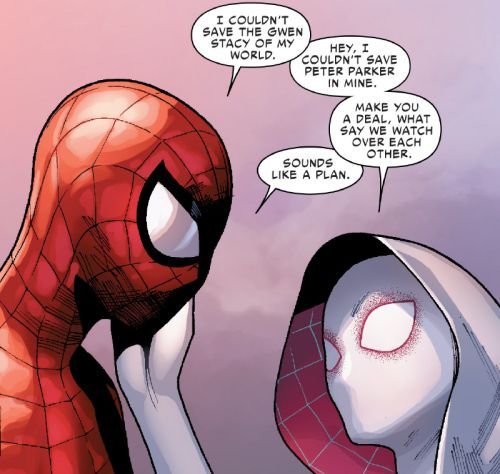 Silver Surfer was known as Norrin Radd who made a bargain with Galactus to save his world Zenn-La from destruction. He became Galactus’s herald and was given some of Galactus’s cosmic powers. The Silver Surfer would travel and seek out planets for Galactus to devour.  After meeting the Fantastic Four on Earth, Silver Surfer turned on Galactus saving the earth but also being exiled there.  He did appear in the movie Fantastic Four 2 Rise of the Silver Surfer. His appearance wasn’t as bad as an ominous cloud but could’ve been better. Since that debut, Silver Surfer has not appeared in the MCU. One reason is that Fox owns the rights to the Silver Surfer and even with three terrible Fantastic Four films have given no indication of returning Marvels First Family universe. So there might be a slim chance that Silver Surfer appears on the big or small screen anytime soon. Hopefully, Fox will go the X-Men root and produce some TV Shows maybe a series featuring our favorite cosmic surfer. 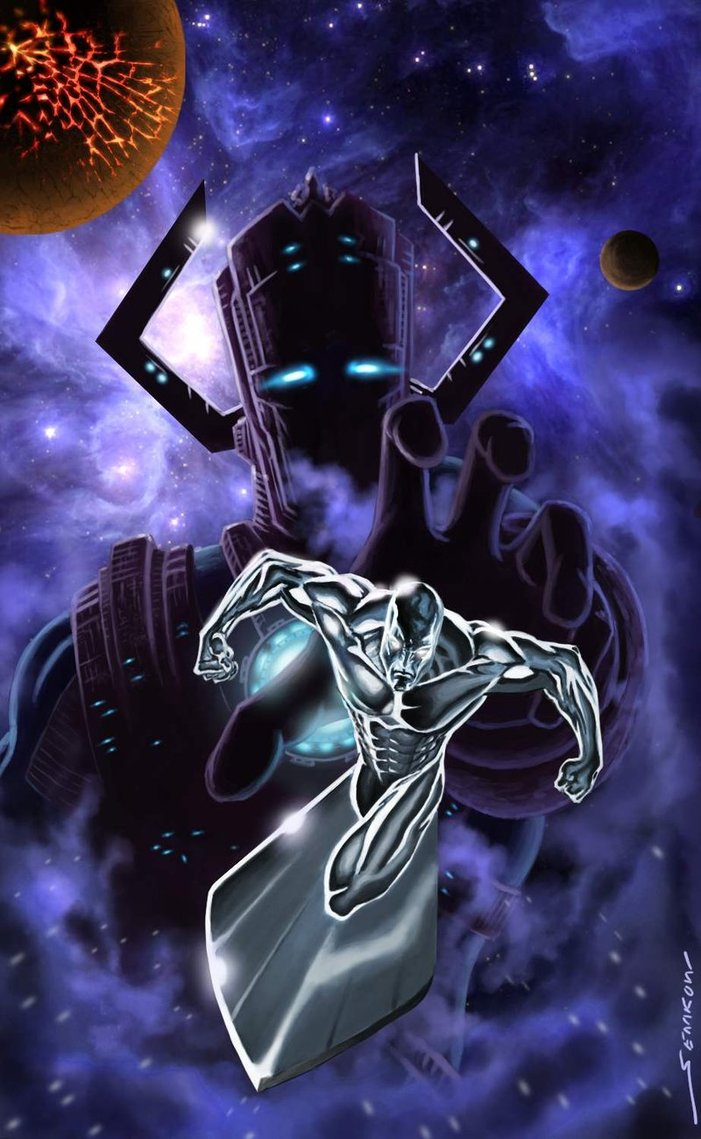 Here are two other characters who have appeared on the Big Screen in Ghost Rider.

Mephisto is based on Mephistopheles a demon character from the Faust. Mephisto was introduced in the Silver Surfer and appeared as his foil/tempter eventually he was defeated on temporarily. Often posses as the Satan rules over Hell of the Marvel universe sorry Puck, Mephisto has tormented many a superhero and last heavily featured in the one more day story line tormenting Spider-Man and Mary Janes marriage. 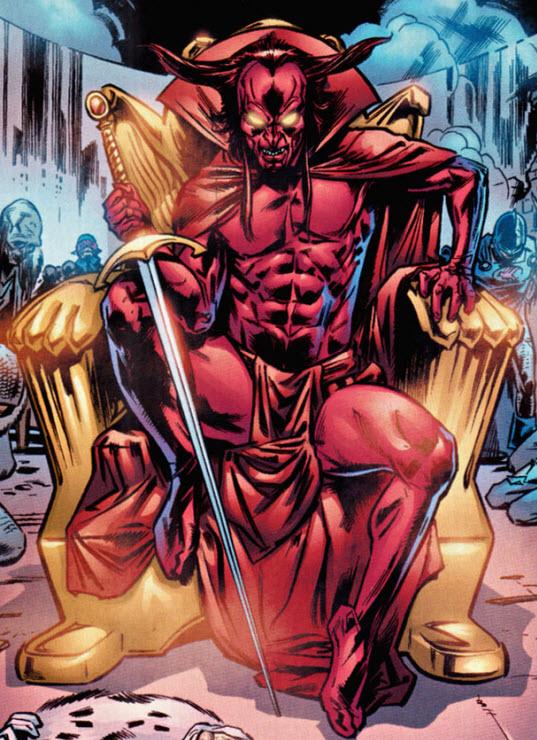 Blackheart is the Son of Mephisto created from the energy of centuries of murder in Christ’s Crown New York.  Often Blackheart fights with Heroes trying to corrupt them but often failing. After turning on his father’s teaching, Mephisto had Blackheart imprisoned on Earth.  Eventually, Blackheart tries to get people to help him take out Mephisto finally tries to bring Hell on Earth. Blackheart is one of my favorite characters in the Marvel Vs Capcom series.

Both Characters have appeared in Ghost Rider but in Human form. Since Ghost Rider rights have returned to Marvel, we may get to see Mephisto and Blackheart on the big or small screen. However since there associated with Hell Marvel may not be eager to have these characters on TV. 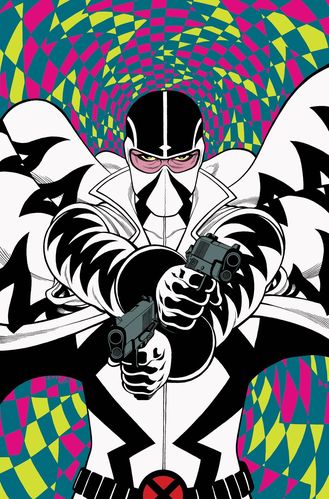 Fantomex or Charlie Cluster 7 aka Jean Phillipe is the last mutant created by the Weapons Plus Program to be a super-sentinel Human, technology being. He tricks Jean Grey and Professor X into giving him a haven from men chasing him as he is the most wanted thief in Europe. He tells the Professor and Jean that he has information on the Weapons Plus program and takes them to a disaster. After a battle had knocked off his mask, Jean Grey was able to read Fantomex’s thoughts finding out he, in fact, was Weapon XIII.  Jean Grey does let him go discovering that he will not be following his programming. One of my favorite comics involving Fantomex is the Uncanny X-Force series. In the series, they developed the character and some backstory.  He is an underutilized character but one with a known following. Hopefully, Fox will use him in one of the X-Series or bring him into X-Force universe. 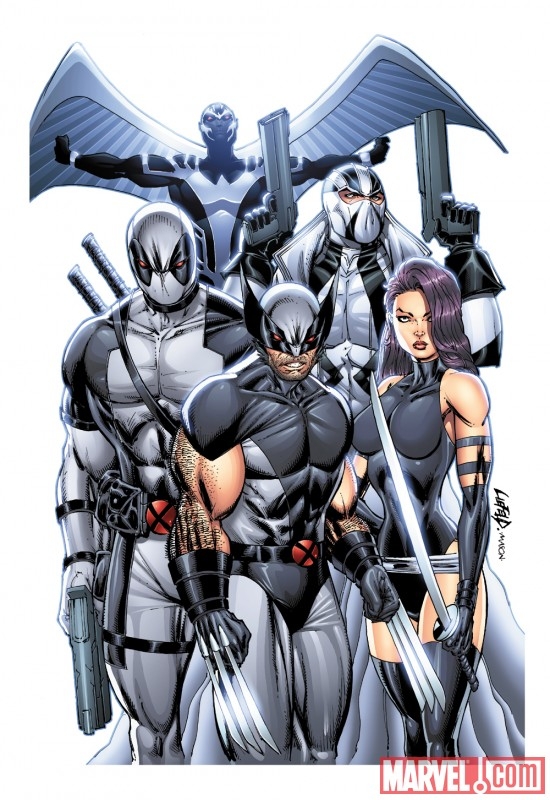 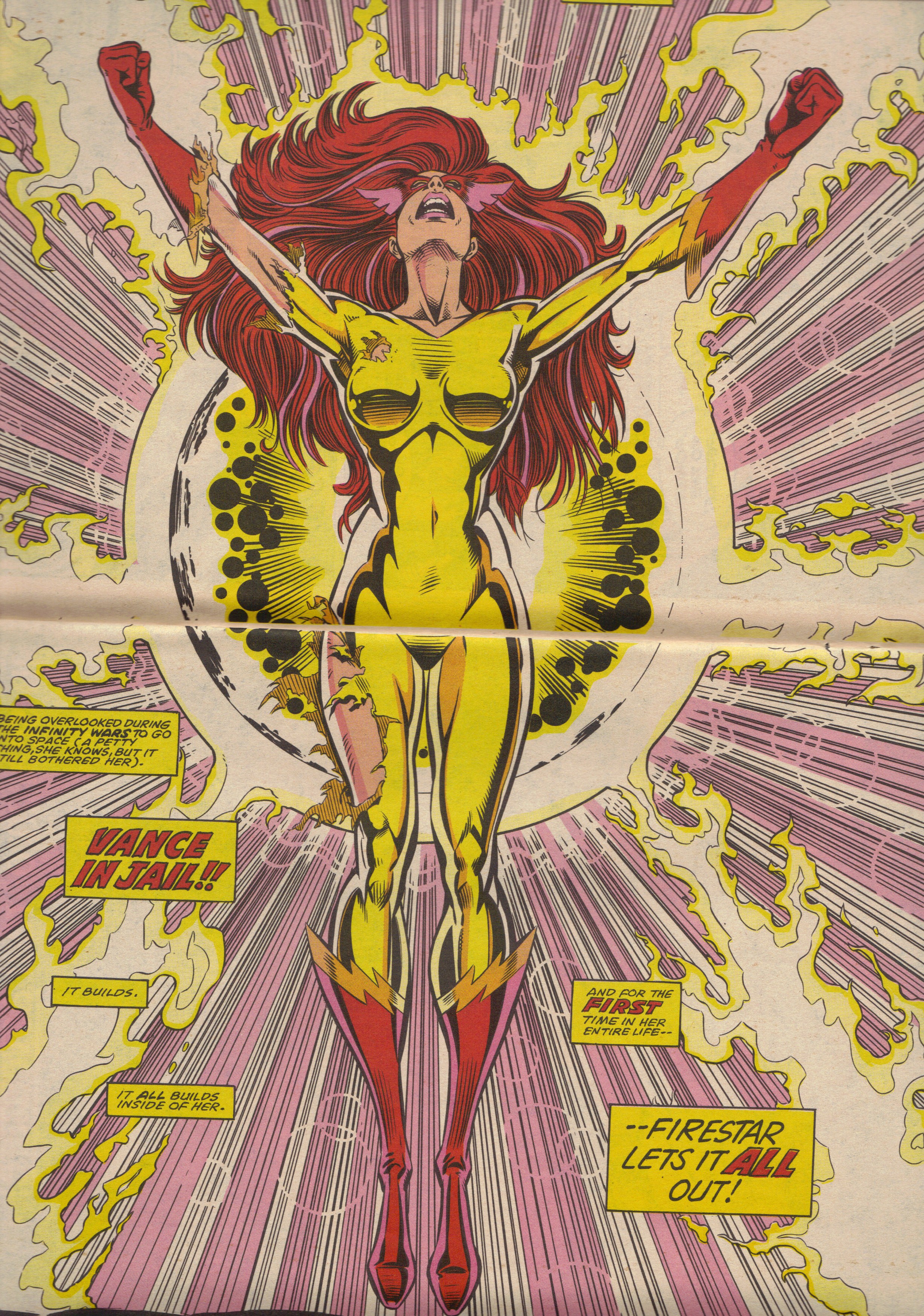 Firestar Aka Angelica Jones is a mutant who manifested her powers at the Age of Thirteen.  Firestar is a unique character as she was created for the awesome cartoon Spiderman and his amazing friends. Eventually, she made her comic debut in Uncanny X-Men #193 eventually became a founding member of the New Warriors who unintentionally caused the events that led to Marvels Civil War in the Comics.  She has appeared sparingly since the “Miniseries”-Marvel Divas. She is a personal favorite of mine and could work on the Big or Small screen. 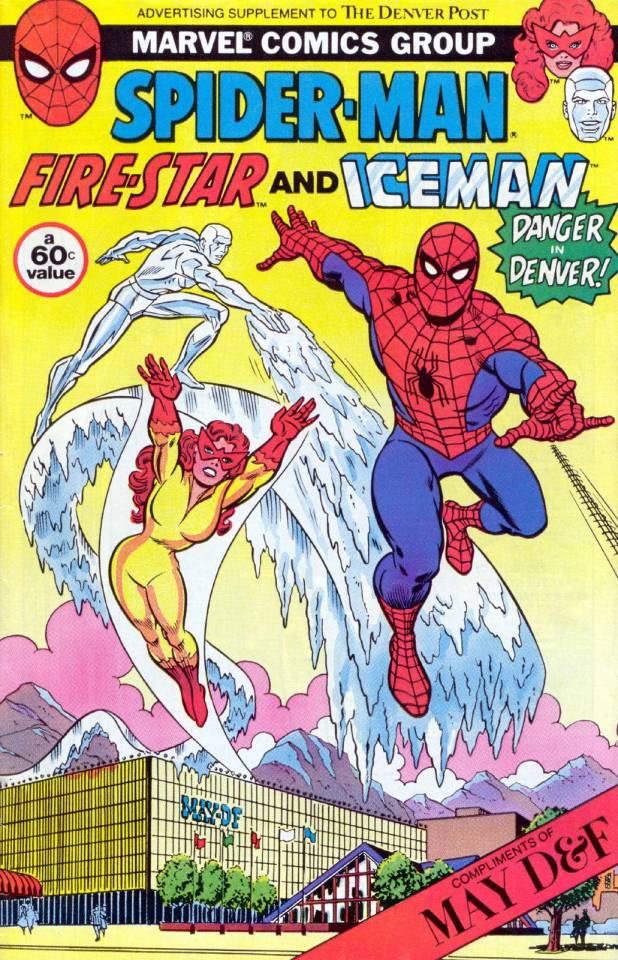 Although many have worn the mantle of Nova the one I want to see on the big or small screen is Rick Rider…I know I know Dick Rider, Snickers… The story as the last surviving member of the Nova Corps from Xander comes to Earth close to death he gives his power to High Schooler Rick Rider. Rick gets the suit and the powers but no training on how to use them. Over the years he’s been in and out of the Marvel MCU and was trapped in another world fighting Thanos. Recently Rick Rider has awoken so we could see him return. It seems like it would be a matter of time with the popularity of the Guardians of the Galaxy. Rick Rider could make his debut in the next film or as a cameo in others cough Captain Marvel cough. We will have to wait to find out. 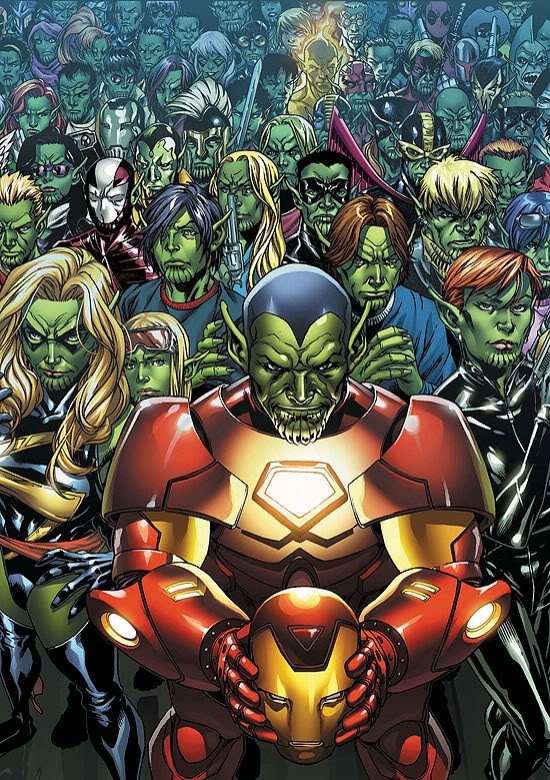 The Skrulls are a villainous extraterrestrial race who have plagued Marvel Comics and various superheroes. The Skrulls are Shapeshifters often infiltrating and taking the places of its enemies not being found out till its too late.  The Skrulls are hell bent on taking over Earth often fighting with another alien race the Kree. Many assumed we would see them in the Avengers or Guardians of the Galaxy. Unfortunately, Marvel Studios does not have the rights to the Characters Fox does which is why they have not appeared on the big screen yet. Unfortunate cause the Skrulls are badass fan favorites, and the fan base is dying to see an adaptation of Secret Invasion.  With the rumor of a Fantastic Four/X-Men crossover hopefully, the Skrulls might make an appearance 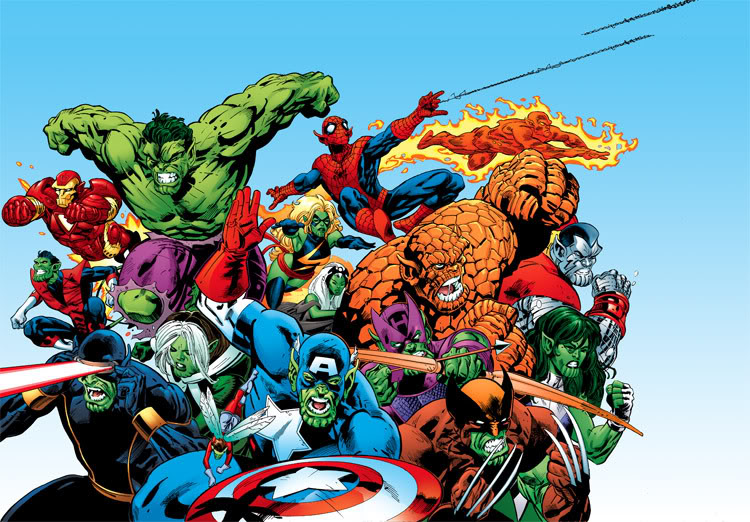