Loving and Losing Doctor Who

How a Once-Staunch Whovian Walked Away
by Former Writers July 26, 2016

Loving and Losing Doctor Who

How a Once-Staunch Whovian Walked Away

The year was 2008. It was the glory days of Russell T. Davies and David Tennant’s 10th Doctor. I was in high school and we were obsessed. My friends and I would meet every week to watch the new episode air, followed by hours of plot discussion to figure out what in the universe would be happening next week. We would dig through our closets to find clothes that looked like our favorite characters and we’d have mini-photoshoots. Since the Harry Potter novels were finished, this was our new fandom and it was fantastic. I loved Doctor Who during those days. Rose Tyler was loving, Martha Jones was whip smart, and Donna Noble was the one who made a home in my heart.

When David Tennant and Russell T. Davies announced that they would both be leaving Doctor Who after the 2009 specials, we whispered curiosities at what would happen next. Blink was so creepily wonderful and The Empty Child / The Doctor Dances is still one of my favorite Whovian two-parters, so Steven Moffat at the helm was promising. Then Matt Smith was cast as the Doctor and Karen Gillan as his companion. And I still felt good. I was in college now and I still met with friends weekly to watch the new episodes and discuss what happened next. I began to cosplay Amy Pond and I watched with anticipation as she faced her fears head-on with the Doctor and Rory at her side.

Though it felt weaker than what I was used to, I still enjoyed Doctor Who with its new showrunner and new cast. It was whimsical and fun while maintaining the darker elements of the show. In those days, I thought there was nothing that would keep me from my Whovian side. A second season of Eleven, Amy, and Rory and I was happy. A little weakened by the re-introduction of River Song, a character I had never quite cared for, but still along for the ride. 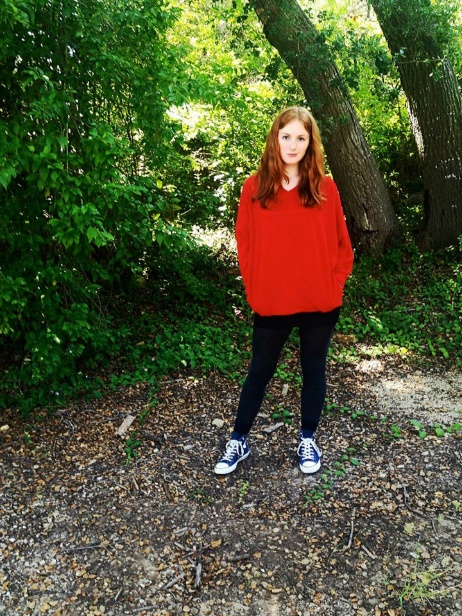 When River Song turned out to be both the Doctor’s wife and the lost child of Amy and Rory Williams, things took a turn for the worse. The season-long arc about the Doctor dying on that beach felt wrong. There were too many red herrings, unanswerable questions, and plots that seemed pointless. In all of Season 6, the only episodes I truly enjoyed were The Doctor’s Wife, penned by Neil Gaiman, and The Girl Who Waited, showcasing both Karen Gillan and Arthur Darvill’s acting chops. Yet I had been with the Doctor and his companions for several years by this point and I couldn’t leave the TARDIS, so I kept watching.

Season 7 introduced the bane of my Whovian existence, Clara Oswin Oswald. I didn’t think I could dislike a companion more than I did for River Song or even Rose Tyler but Clara takes the cake. Now I have a lot of friends who love Clara and I think Jenna Louise-Coleman is a delight on-screen, but I just never cared for her character or the storylines around her. I hardly remember the                         Season 7 episodes, other than the sorrow at losing Rory and Amy followed by a distaste for Clara.

But wait! Then Matt Smith and Jenna Louise-Coleman were set to leave Doctor Who. Curiosity peaked over the upcoming new Doctor. Who would be cast in the role of a lifetime, whirling across galaxies in a little blue box that’s bigger on the inside? I had to know so I was back. When Peter Capaldi was cast as the Doctor, I felt like I could happily take the TARDIS for a spin again. Clara was still his companion but I was excited for Capaldi! Even in the first few episodes, I thought he did an excellent job as the Doctor.

Alas, my distaste for Clara reared its head again and I could not enjoy Doctor Who when I felt that Clara and the 12th Doctor were overdue to part. I feel strongly that Capaldi’s run as the Doctor would have been better had Clara not been the companion. It was less than halfway through Season 8 when I stopped watching Doctor Who and I have not seen a single episode since.

It’s a question of companions more than anything else. Rose Tyler, Martha Jones, and Donna Noble were all very distinct women with very different relationships to the Doctor. Rose was a shop girl who fell in love with the stars. Martha, a doctor who knew she was better than second best. And Donna? Donna Noble’s arc is perhaps the saddest because she thought she was nothing, became the most important woman in the whole of the universe, and lost it all. But the companions of Steven Moffat’s era? Amy Pond, River Song, and Clara Oswald are a bit too alike for my comfort. These are Strong Female Characters who, at one point or another, all seem to have a vested romantic interest in the Doctor. Their backstories were all wibbly-wobbly and their families never quite made an impact on the TARDIS. Or at least, not in any way remotely close to what we saw with Jackie Tyler or Wilfred Mott. The companions of Steven Moffat’s Doctor Who were entirely wrapped up in the Doctor, while the companions of the Doctor Who that I loved led full lives outside of the Doctor.

So I walked away. I want a whimsical Doctor Who that clued me in for season-long plotlines and doesn’t make fun of me for not knowing the answers. I love a Doctor Who that explores different times and places like the origin of the story back in the 1960s. I need a Doctor Who that knows how to create different kinds of characters who don’t devote their entire lives to the Doctor. Maybe one day I’ll find that again and I’ll climb in the TARDIS without a moment’s hesitation. For now, I’m content to rewatch the episodes I love and hope for the day that I can watch Doctor Who with joy again.