There was a period of time in the 1950s when superhero comics were out of vogue. Other genres- monster stories, war stories, mysteries, detective stories, romance- rose to replace...
by Jake Hill February 13, 2017

There was a period of time in the 1950s when superhero comics were out of vogue. Other genres- monster stories, war stories, mysteries, detective stories, romance- rose to replace them. When superheroes made a comeback in the 1960s they dominated the entire comics medium and things stayed that way.

Superheroes seem synonymous with modern comics, but that’s not the case. Other genres are still going strong. Here are five awesome romance comics to get you in the mood for Valentine’s Day.

He was a boy. She was a highly lifelike android, purchased as a birthday gift by his grandma to be his sexy servant. Can I make it any more obvious?

“Alex + Ada” explores some familiar science fiction and romance tropes, but with such care and intelligence and heart that everything feels fresh. Taking place in the not-too-distant-future, Alex is not the kind of guy who would be comfortable with a beautiful robotic sex slave, even if his libertine grandma thinks he’s being a bit of a prude. Instead, he’s interested in testing the android’s limitations. How human is she really?

The comic is included on this list, so you can assume that love and romance are in the cards, but maybe not in the way you think. The story- and Alex- is much more concerned with the idea of agency, and whether or not an artificially intelligent being can have it. That’s the critical issue at the core of the comic. How does agency affect love and romance? What is consent? Are humans slaves to our emotional programming? 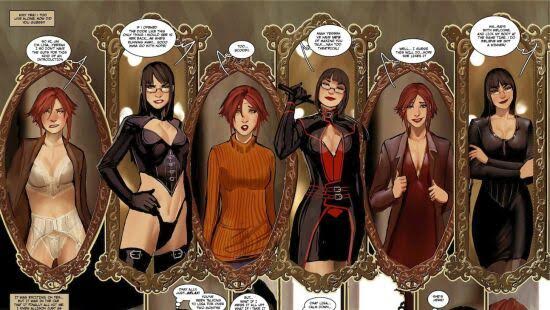 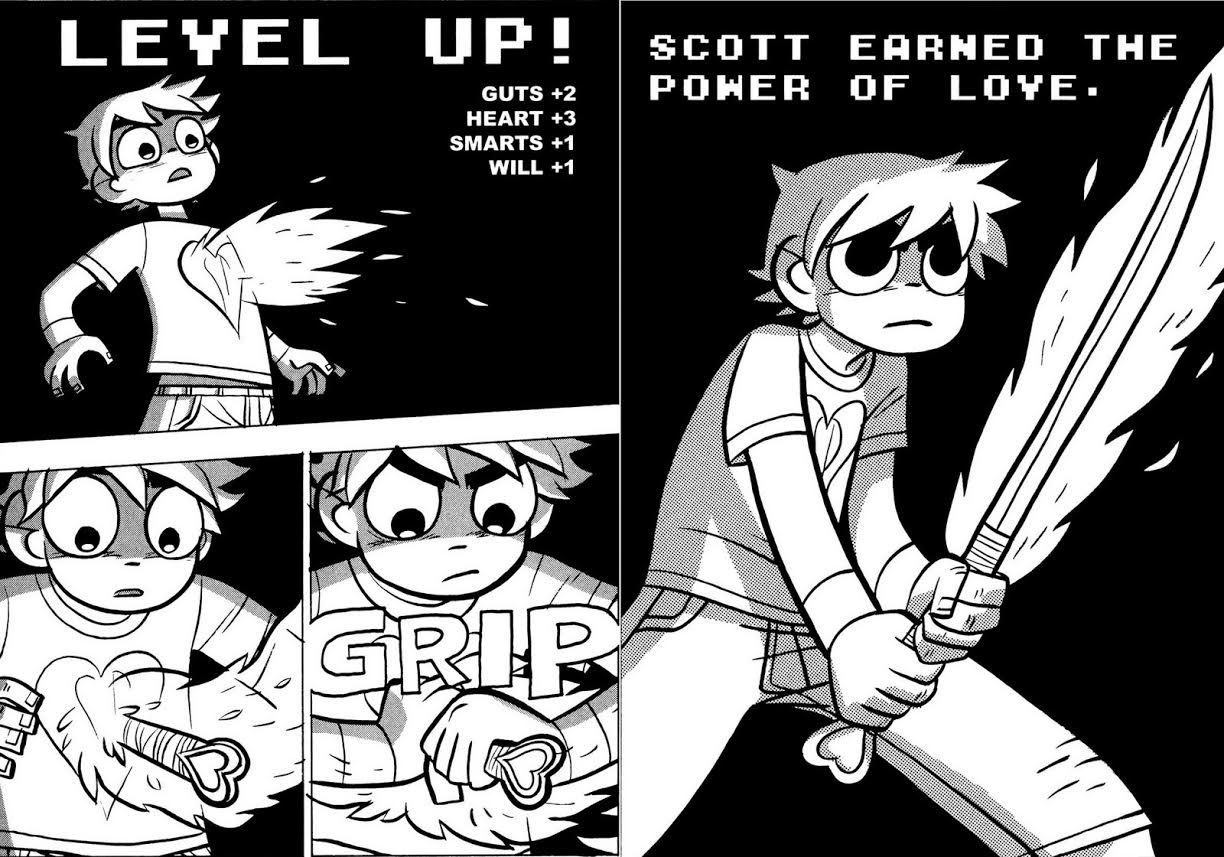 This one you may have heard of. “Scott Pilgrim Vs. the World” became a cult classic movie, directed by Edgar Wright. The comic if you haven’t read it, is just like it, but more so. Scott Pilgrim is a lovable loser (or not so lovable depending on who you ask) who totally falls for the mysterious American ninja/delivery girl Ramona Flowers. He wants to date her, but to do so he must battle her seven evil exes in single combat.

It’s funny and sweet and packed to the gills with video game and music references. The comic takes the time to follow Scott and his friends as they level up in life and navigate the difficulties of relationships, growing up vegan superpowers and emotional baggage. The movie was actually filmed before the comic was finished, so the endings diverge wildly. For my two cents, the comic ending is much better, showing the ways in which Ramona also needs to grow up and ultimately making her less of an object for Scott to fight for and earn. Plus the expanded stories for characters like Steven Stills, Envy Adams, and Knives Chau explore the same themes from different perspectives. 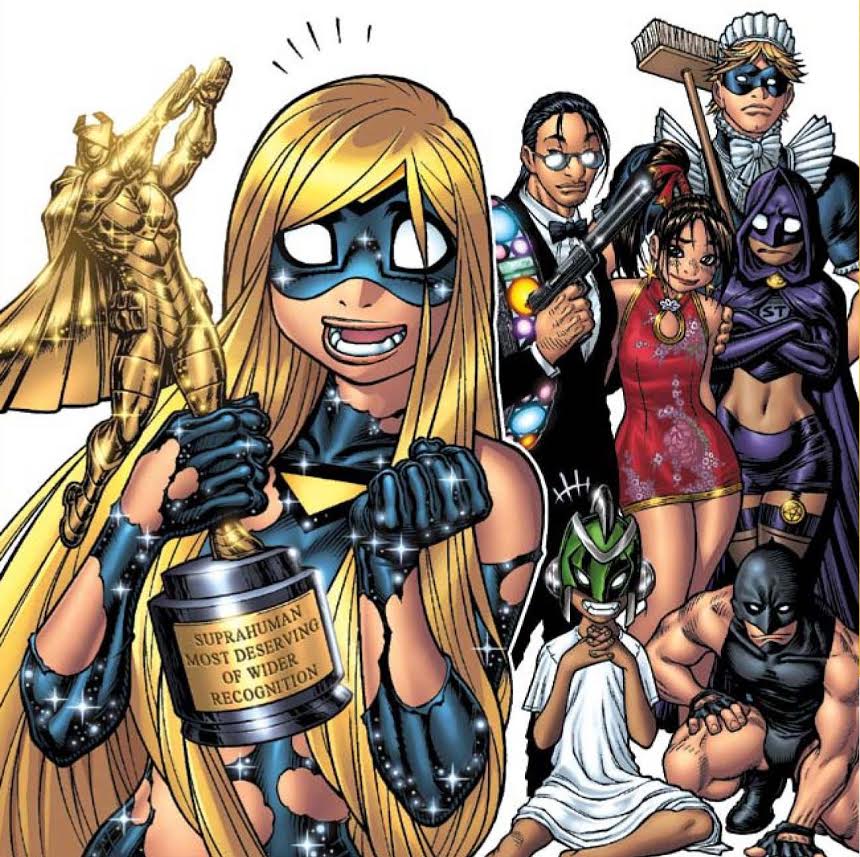 Elissa Megan Powers (who often goes by her initials, Emp) has a super suit that gives her a plethora of awesome superpowers and she fights crime as Empowered. The problem is if the suit is damaged in any way, those powers are canceled out. That wouldn’t be so bad, but the suit is tissue-paper thin, and Emp has the worst luck. Her clothes are always getting shredded.

The comic originally started out as a series of parody drawings by writer/artist Adam Warren, who was sick of being commissioned to draw damsels in distress. “Empowered” parodies the often unspoken sexual side of superhero books by putting the main character in a super-revealing costume and having her be real mad about it. It’s a fine line, but Warren knows what he’s doing, and he often endcaps the chapters by giving Emp the chance to break the fourth wall and talk about the sexual politics of superhero comics, and thus her world.

At its core though, “Empowered” is a romantic comedy. Emp’s boyfriend is Thugboy, a henchman for hire. He and Emp love and respect each other, and have tons of crazy, awesome sex. They play up the hero vs villain thing, but Emp’s one rule is no bondage games. She’s been tied up and rendered helpless enough in her professional life as a superhero.

With an awesome supporting cast, a sharp wit, and honest self-criticism, “Empowered” strikes up a unique tone for a superhero comic. It’s drawn in a manga style, and displays its many influences proudly.

This last one is a webcomic, and an extremely NSFW one at that. In just a few words, “Alfie” is a pornographic comic about a hobbit and her mother. That probably merits more explanation. The halfling village of Pickering is mostly secluded from outsiders until a group of human merchants arrive. The story follows the sexual misadventures of Alfie, a young halfling woman who is just learning about her sexuality, and Vera, her repressed  and world-weary mother. Alfie is fascinated by the much larger humans and strangely attracted to them. Vera is sort of disgusted, but it’s clear that she’s experienced heartbreak in the past. She slowly warms to the idea of finding love again amongst the humans.

As stated above, “Alfie” is extremely explicit. Sex and titillation are not just explored, they are a big part of the comic. Still, this isn’t just a series of unrelated pornagraphic images. There’s a genuine story at the core of “Alfie,” one that’s keen to explore the lives of people at different ages, from different walks of life, coming together through sex and romance. Many of the characters are surprised to learn of a kink they didn’t know they had, or an element of their sexuality they had deeply repressed.

“Alfie” is regularly updated on a page by page basis. As such, sometimes an update will be a single image or a few panels. Something always happens, whether it’s a steamy scene of interspecies fantasy races getting it on, a conversation leading to character development, or a revelation of somebody’s mysterious past. It can move quickly and go to some pretty explicit places.

Romance is very much alive, at least as a genre. These titles should give you an idea of the range of crazy, creative, out there places comics will go to in the name of love. So in the spirit of romance, try a new genre, or get one of these books for someone special!

Fullmetal Alchemist Animes which one is better?