Lost Odyssey-The JRPG Classic You Missed  I spent the bulk of my high school years engrossed in JRPGs of the PS1 era. “Final Fantasy VIII,” “The Legend of Dragoon,”...
by Former Writers February 2, 2017

I spent the bulk of my high school years engrossed in JRPGs of the PS1 era. “Final Fantasy VIII,” “The Legend of Dragoon,” “Chrono Cross,” these games resonated with me. When I finally got my hands on a used Xbox 360 in 2009, I went hunting for a JRPG yet again. I had hoped to find another 80 hour classic to sink my teeth into, but they were few and far between at the time. One, in particular, caught my eye, though.

“Lost Odyssey” carries with it a pedigree to make any gamer pay attention. The game is the effort of Hironobu Sakaguchi, best known for creating “Final Fantasy” in 1987. He formed Mistwalker Studio in 2004 and work began on “Lost Odyssey.” Set in a world that is starting to be changed by magic, players take control of Kaim. Amnesiac and immortal, Kaim soon learns he is not alone, and all is not what it seems. What follows is a poignant, emotional story as Kaim and his allies fight against a rising tyrant and attempt to unravel the mysteries of Kaim’s forgotten past. 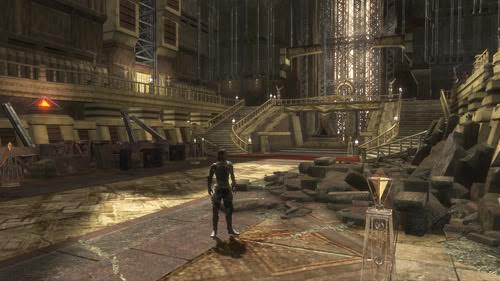 Through a multitude of environments, Kaim’s mysterious past is unlocked.

These stories of Kaim’s past were one of the selling points when the game released in 2007. Through encounters and random events, Kaim will occasionally find a memory locked away. These are presented in-game through the “A Thousand Years of Dreams” collection, a series of short stories penned by Japanese author Kiyoshi Shigematsu. I can’t put words to how great these stories are. It takes a lot of effort to find them, and they are entirely optional, but they’re incredibly well written and some of the most emotional aspects of the game.

Emotion is probably the most relevant aspect of the game and the thing I remember most about it. Outside of “A Thousand Years of Dreams,” the main story still pulls no punches. The immortal Kaim is on a long journey through his past, and not everything is roses. One sequence, in particular, stops the action entirely as you’re tasked with putting together a funeral ceremony. It’s a unique part of the game and one that tugs at the heart strings. 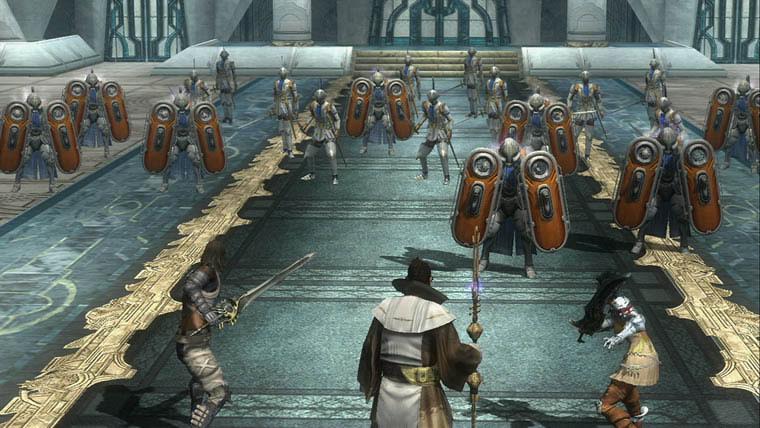 ‘Lost Odyssey’ sets itself apart with a complex combat system, punishing players who try to skip through and rewarding those who spend time leveling up.

This isn’t to say there’s not plenty of action. “Lost Odyssey” features traditional, turn-based JRPG combat with a party of up to five. The twist is Kaim, and select characters are immortals: when they fall in combat, they automatically resurrect after three turns. There’s a new level of strategy with this, weighing wasting a turn healing versus dealing more damage. Maintaining your party’s skills and HP is crucial to winning, but it won’t be easy. “Lost Odyssey” is notorious for the difficulty curve. If you don’t grind out levels in the early game, you’ll pay the price. The difficulty is balanced, though, by an actively enforced experience curve. The game forces you to get leveled up but prevents you from being over-leveled. Combat also includes the unique “Ring System”; rings equipped to your characters grant special attack stats, but only if you complete a timing mini-game right as you strike.

Topping off the tour de force that is this perfect game is the overall production quality. The soundtrack shares it’s “Final Fantasy” roots, composed by Nobuo Uematsu. It’s a gorgeous score, with pounding tracks that fit the game’s techno-magic revolution theme. Graphically the game still holds up today, with visuals on par with games being released right now.

Ten years after its release, ‘Lost Odyssey’ looks right at home next to newer graphical powerhouses, thanks to a crisp art style and high production value.

“Lost Odyssey” sold moderately well, but always remained somewhat of a sleeper classic. Though in the past it was somewhat rare, the game’s recent addition as an Xbox One Backwards-Compatible title means it’s finally available as a digital release for the first time. With the gaming market sorely lacking in traditional, turn-based RPGs, now is the perfect time to give this underrated gem a shot.

Down the Rabbit Hole-Conspiracy Theories II