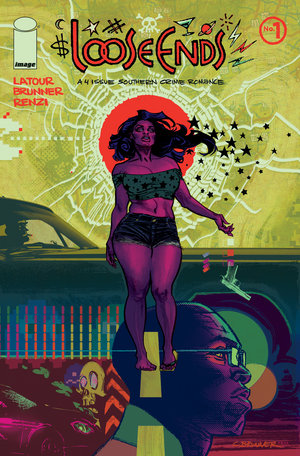 Jason Latour, Chris Brunner, and Rico Renzi’s Loose Ends, a book that’s ten years in the making, is a marvel of color. Renzi’s neon-tinged purples and reds are so loud that they take on a hypnotic quality. You get lost in a vortex of Renzi’s palette much in the same way that main character Sonny Gibson is pushed along effortlessly by a wave of violence. This is an absolutely beautiful book that somehow emulates the boiling sun of a Florida summer, and as the reader, you just have to flip the page and take the trip. 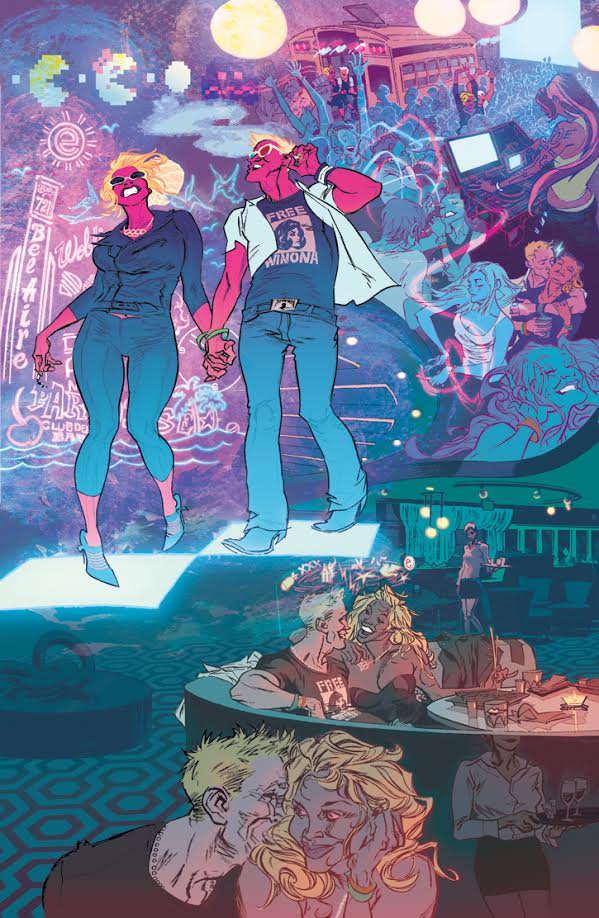 The writer, artist, and colorist are a match made in heaven. The trippy quality of Latour’s story perfectly complements the art, which delivers both psychedelia and grittiness in abundance. It helps that the book has a pretty loose plot, filled instead with mood and ambiance. Bad things just seem to happen in the cruel world Latour has written for his scummy characters. You can see how this four-issue miniseries (which originally debuted in 2007 but wasn’t actually finished until last April) was a precursor to the writer/artist’s work on Southern Bastards. Like in the latter book, Loose Ends’ characters have a penchant for blood and violence. Here is Latour presenting another world of villains and anti-heroes. It’s survival of the fittest and plenty of characters get the short straw as the story progresses. 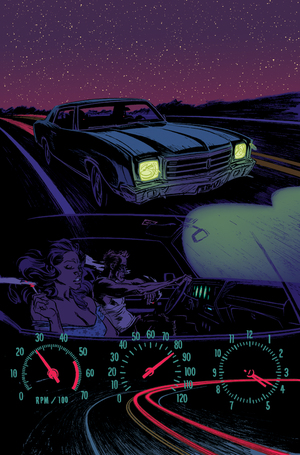 Sonny and his companion Cheri, a bartender, find themselves on the run almost matter-of-factly after all hell breaks loose at a bar one night. During a hot drive to Miami, their backstories unfold. Sonny is a war veteran trying to make amends with a woman from his past, while Cheri struggles with her love life. Both of these characters are lost, floating from panel to panel, always running. Once the violence starts up again, neither Sonny or Cheri are really interested in fixing their problems. They instead tumble deeper into the rabbit hole of Miami’s vices.

Cheri’s characterization is actually a bit unfortunate. While initially introduced as a tough as nails supporting character, someone every bit as formidable as Sonny, she is ultimately relegated to the role of damsel in distress. She’s never quite fully fleshed out and instead seems to exist as another opportunity for Sonny to do some good. 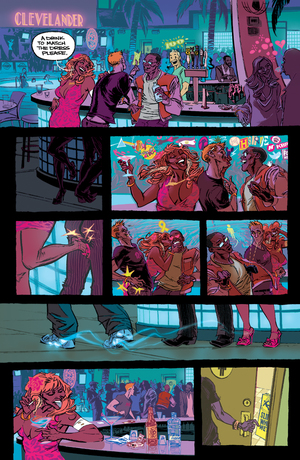 The writing in the second half of the book is a bit of a letdown, actually. The narrative is unable to keep up with the dreamy pace of the art, and the story beats feel a bit too familiar to make Sonny and Cheri’s situation interesting. The book just seems to stall somewhere in the transition from middle to end. That said, the first half moves at breakneck speed, with plenty of action and gorgeous colors to gawk at. 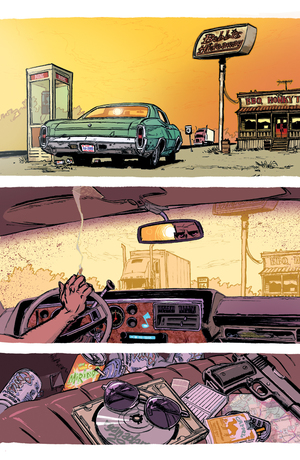 Loose Ends was a long time coming. It would’ve been a crime for this book to remain unfinished so many years later. Brunner and Renzi’s collaboration on art is more than enough to spend some time in the Miami heat.