The 1990 version of King's story is great for its time - but that was nearly 30 years ago, and its a bit dated now. 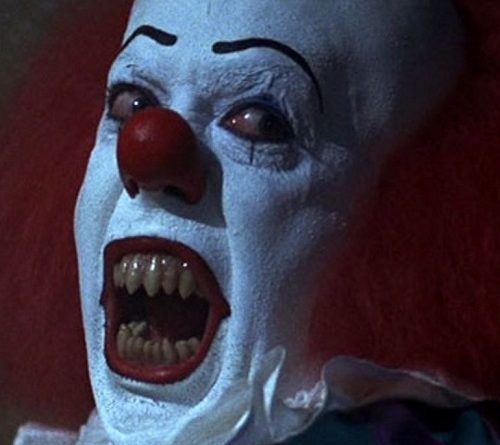 I have always held the opinion that if there is one movie that desperately needs a redo, it’s Stephen King’s It. This is not to say that the 1990 made for Television movie is bad – it’s really not – it’s just insanely dated and misses the mark on many aspects. But before you gather a lynch mob, hear me out on this.

I’ll put it right out here in the open to clear the air and state that Tim Curry was phenomenal as Pennywise. Of that, there can be no denying. But he only pops up occasionally, and mostly in the first part of the film (it was a two-part Television movie, but the splitting of the film caused many to refer to it as a miniseries. It’s not). In his absence, the cast must support the story and bring a level of emotion to the screen.

Looking back, they seem unable to do so. It seems much more like a soap opera than a horror movie. Let’s face it; the melodrama is overwhelming. However, here’s the thing: this is 1990, not 2017. The difference in television between then and now is absolutely astounding. In this day and age, nearly every instance of TV programming is just a hair below the quality of a major motion picture. In 1990, there still seemed to be rules that networks needed to follow. The blood, guts, and sex of today’s TV just couldn’t happen, save for premium channels like HBO.

The effects are shoddy at times as well, most notably in the second half with the giant spider. Everything about that sequence looks more like Goosebumps than the otherworldly dread that King put down in what some consider to be his masterwork of horror. The set dressing in the caves looks astoundingly fake – not to mention the dollar store cobwebs. Still, the cast did their best to make it work, and for a TV movie in 1990, I suppose it did.

So why do so many of us go insane over the mention that a newer version could outdo It 1990? One word: nostalgia. That powerful beast has such a sway over our lives – especially the lives of most horror fans – and it’s tough to overcome. But we need to face it. Tim Curry is amazing, yes: but the rest of the movie, outside of a nostalgic trip down Childhood Terror Lane, could use a facelift.

I don’t doubt that It 1990 gave more than a few kids nightmares, and I don’t doubt that the Tim Curry gave many adults nightmares either. He’s scary as hell, especially in scenes where he is shown baring his hideous sharp teeth. But there is more to the story than just a scary clown. The loss of innocence. The magic that children are able to possess through their imagination. There are so many different layers that the story wants to explore.

The best way to describe It 1990 is as a Cliff Notes version of the tale. It takes out many of the truly uncomfortable scenes and makes it digestible for a television audience before they were accustomed to the violence we are shown on TV today. Will anyone ever be able to top Curry’s performance as Pennywise? I’m not sure, but I do know that the rest of the film could definitely be improved upon, and with that said, I’m excited about the new film.