Decades later, there are still many who don't know what to believe about the events at 112 Ocean Avenue. 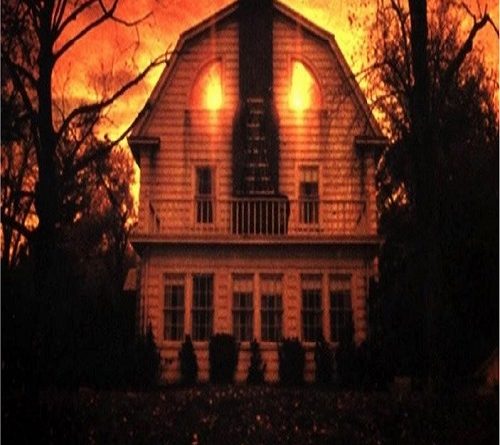 Six people died on the night of November 13th, 1974. A 23-year-old man named Ronald DeFeo murdered his entire family while they slept in the peaceful town of Amityville, New York. At his trial, DeFeo pleaded insanity under the guidance of his attorney, William Weber. He claimed that he heard voices in his head which told him to commit these murders.

That is where the true horror of this tale ends. No supernatural activity stemming from the house has ever proven. Yet, interest in the house on 112 Ocean Avenue continues. But why?

A year after the killings, George and Kathy Lutz moved into the home with full knowledge of the slaughter that occurred in the house. The couple, along with their three children from Kathy’s previous marriage lived in the house for only eight days in 1975 before fleeing in a panic. Two years later, in 1977, a “true story” which chronicles the haunting was released. Jay Ansen’s The Amityville Horror became a hit; a movie starring James Brolin and Margot Kidder followed soon after in 1979.

Millions of people were scared out of their minds. Millions of dollars were made. All based on the claim that this was a true story.

In 1973, William Peter Blatty’s The Exorcist created a hysteria in the general public about satanic possession. The film was widely successful and created numerous copycats. Much of the reason the film had scared audiences the way in which it did was because it could happen, and something like this could be real. The Amityville Horror terrified people so badly because it did happen. Or, at least they thought it did.

The thing is, none of the events portrayed in the book or the film were corroborated. In fact, there are almost too many inconsistencies in the Lutz’s tale to list. I won’t do that for you – a simple Google search will yield you more than enough information. Fact-checking has proven most of the claims by the family to be irrefutably false.

Yes, it’s true that I’m very much a skeptic; but I think that with most skeptics, you will find that they want to believe. And I am one of them. How wonderful would it be to live in a world where ghosts and spirits roam freely in select places? Wouldn’t it ease the mind to know that there is life after death beyond a shadow of a doubt? A case like what occurred in Amityville could be the ultimate proof for the existence of spiritual activity in the terrestrial world.

This is why I believe that so many people close their eyes and ears to the evidence that disproves the Lutz’s case. Fear is a powerful tool. Fear helps people believe. And fear, as you know, makes people a lot of money.

After leaving the house, the Lutz’s met with DeFeo’s attorney, William Weber. While he says the conversation started normally, a few bottles of wine later “revealed” more and more supernatural events. They were soon coming up with their own reasons and explanations for the strange happenings in the house. It became clear that they were entering a business venture – not simply telling their tale to get it out. Weber was already working with DeFeo on a book to tell his story. The Lutz’s had a falling out with Weber once he pushed the idea of giving some of the profits to DeFeo.

The family soon met with a friend of theirs, Jay Ansen, who would write their book. It sold more than 6 million copies. Though the couple claims that some of the events in the story are embellishments to create a more captivating story, the core of it still remains. They claimed until their dying days that there was an Amityville horror. Something drove DeFeo to kill, and George Lutz held the belief that if he did not leave the house when he did, the same spirit would overtake him and a similar fate would be in store for his family.

But, apparently, no one told DeFeo to do anything besides his lawyer.

In an interview with Primetime in 2002, Ronald “Butch” DeFeo revealed that his attorney (remember: Weber, the same one who was in talks with the Lutz’s to collaborate on a book) advised him to claim he heard spirits in order to plead insanity. This has the potential to derail the entire truth behind the Amityville horror. He may be only one cog in this wheel of terror – but he was the catalyst. The absence of anything supernatural controlling his actions puts a serious damper on the Lutz’s claims.

The “ghost boy”. Most likely someone who was in the house while the investigations were happening.

There are still many questions about the house and many things to ponder over. What it really comes down to is who you believe. After all, we only have these people’s words to go by. And there are a lot of people’s words. However, the issue of financial gain is a humongous factor that goes into my personal disbelief.

Shortly after the Lutz’s moved out, they invited a number of psychics to come check out the house. Ed and Lorraine Warren, whose likenesses are captured in The Conjuring 1 and 2, were in attendance. Lorraine claims she felt something horrible. She claims that there was absolutely something in that home. The issue is, if you wanted to know more, you would have had to go to a lecture of theirs. Which, in turn, would have made them money.

To this day, people are still profiting from this supposedly true story. Remakes. Sequels. Investigations. Hell, even me writing this right now. There are too many hands involved and too many versions of the story.

But even if the story is false, that doesn’t solve everything. If this was all fabricated by George Lutz, then how? This would be an extreme move on his part, and he’d have to possess some incredible foresight. After all, they could have just left the house and found no interest from anyone that could have helped them make any money. Was there at least something that spooked them?

And what about that infamous picture of the ghost boy, as shown above? Many people believe that it was simply someone in the house while the psychic investigation was going on. As for his eyes, well, flashes on cameras were available during that time.

People who still believe in the story given by the Lutz family will have their own reasons to believe in it, just as I have my own not to. Even in the face of overwhelming contradictions, there are those that will deny it. There are those who will say that I just don’t want to believe – but, in reality, that’s anything but the truth. I would love to believe in this story. A world full of proven ghosts and things that go bump in the night would be infinitely more interesting than a world in which they didn’t. I’m still looking for my own answers. But for the case of Amityville, I’ve made up my mind. Promotional photo for The Amityville Horror, 1979.