I’m a big fan of lists, so I have one for all of my faves. My top albums, top movies, top comics, everything. As every list-maker knows, you really...
by Jake Hill June 8, 2017

I’m a big fan of lists, so I have one for all of my faves. My top albums, top movies, top comics, everything. As every list-maker knows, you really need two lists: the real one, with all the boring entries (this is the one where your top movie is The Godfather or Casablanca) and your interesting list, that you bust out when speaking to fellow list-makers (ask me why Attack the Block is the greatest movie ever made). My generic top comics list is topped by all sorts of things universally agreed upon to be great: Saga, Y: the Last Man, Sandman, things like that. But on my more private list, the best comic of all time is easily Locke & Key by Joe Hill and Gabriel Rodriguez. 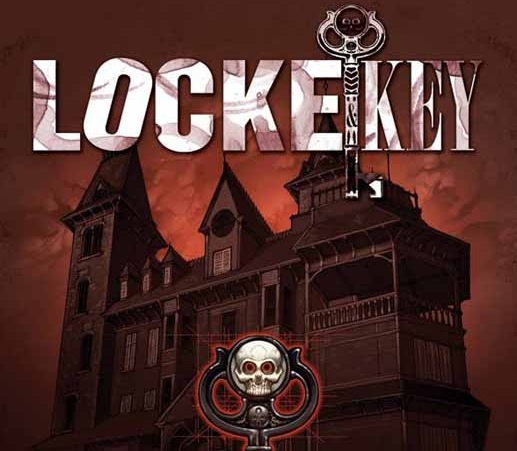 Locke & Key exemplifies all of the genres it exists in. It’s great horror, great mystery, great fantasy, and a great group-of-kids-versus-evil story. It’s more than that though; it’s such a good story that it transcends any one genre and becomes a must read for everyone. It excels in basic storytelling through having great characters and a masterfully paced plot, and in more ephemeral things like consistently engaging themes.

Before we get too deep into why it’s great, let’s slow down and talk about what Locke & Key is: When California guidance counselor Rendell Locke is brutally murdered in a home invasion by one of his students, his wife Nina remembers a strange thing he always told her. He always had said that if anything were to ever happen to him, she should take their three kids, older jock Tyler, indie punk Kinsey, and the precocious young Bode, across the country to the house he grew up in: Keyhouse in Lovecraft, Massachusetts.

The family arrives and are all coping with loss in different ways. Bode, the baby of the family, goes exploring and finds a creepy skull-shaped key, and a door with a similar-looking lock. He opens it, walks through, and falls down dead. But being dead isn’t so bad! He’s a ghost, and he can float through walls, and invisibly spy on his family. When he wants to be alive, he returns to his body and goes back through the door. 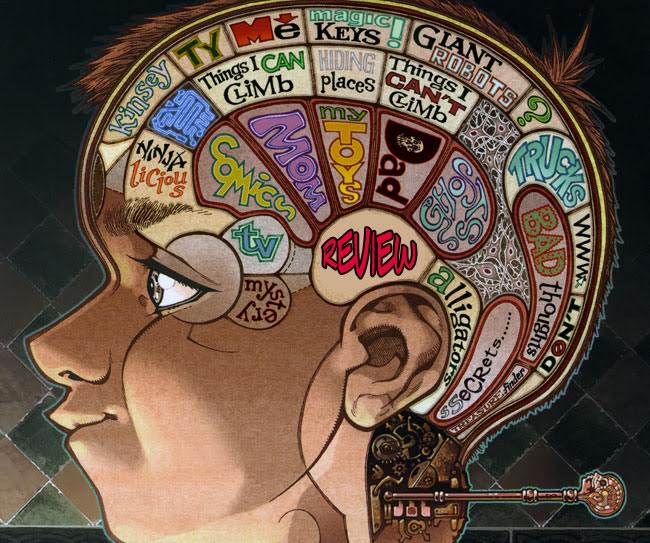 Keyhouse is filled with strange locks and strange magic, and eventually Bode shares the secret with his siblings. One key can remove your memories, or give you new ones. Another key lets the wielder control shadows, and another one turns you into your spirit animal. One key opens the well in the back yard, which is home to a mysterious woman, who was definitely involved in Rendell’s murder.

As a comic, Locke & Key is masterful. The characters are designed with a few recognizable visual traits that are shared within families, but which still make each of them unique. Tyler shares his father’s broad frame, but Uncle Duncan is a scrawny guy, though he’s got a bad case of the family horse-face. Artist Gabriel Rodriguez starts off strong, and by the end of the series is one of the masters in the medium.

Then there are the references. One particularly violent issue alternates between a Cape Fear-like thriller, and Calvin and Hobbes style single-page gags. Another issue is filled with panels that pay tribute to classic X-Men moments. One character is just a walking Grant Morrison pastiche. Hill and Rodriguez are clearly fans of the comic genre, and their story winds through some of their favorites to tell their story, in awesome and subtle ways. A comics newbie can pick the series up and get lots out of it, return to it as a comics master, and find a completely different story layered beneath the first.

On top of the formal perfection, there are the smaller themes of the comic, which manages to touch upon race, class, disability and sexuality through the supporting cast. In one issue, the kids use a key to change their faces, and walk a day as different races. The aforementioned Uncle Duncan has an older boyfriend Brian, and the two of them face very real and very scary homophobia when they deal with two local women in Cape Cod. Rufus Whedon is an essential character, the autistic son of the high school track coach, who struggles not to solve the mystery, but to explain his findings to the other characters. This never reads as a checklist of issues for the story to cover, but as organic parts of the lives of the characters that contribute to making Lovecraft feel like a real town where real people live.

Locke & Key runs across six collected trade paperbacks, and is perfectly paced. The first volume is nearly self-contained, as the family struggles with their trauma, and the horrors and wonders of Keyhouse. Volumes two and three keep the scope small. As the mysteries take shape, each book concerns one particular and powerful key. Then, book four completely changes the rules on you. Taking place over many months, the kids find dozens of keys, and the story accelerates to an inevitable and tragic end. Volume five is made up mostly of flashbacks, and by the end of the the fifth story, most of the mysteries are solved. That leaves volume six to stand alone as a brutal orgy of horror. With the mysteries out of the way, that leaves an entire book for characters to conclude their stories without the weight of plot hanging around their necks. 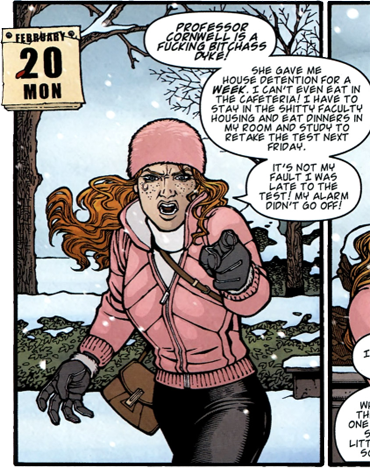 It’s incredible how much Locke & Key gets right. It’s a fantastic story that could only have been told as a comic, as the greatest comics are. Each issue tells a story, that spirals out into each volume, which in turn tell their own stories while making up the perfectly coherent series. It’s dark and brutal and wondrous, and very importantly sticks the ending. If you’re looking for something incredible to read, this is your next book. Locke & Key is criminally overlooked, and is perhaps the greatest comic of all time

Looking Ahead to the Future of Universal’s Dark Universe