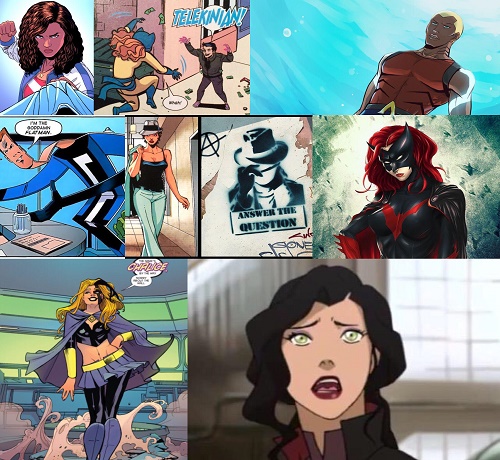 Even though it might not look like it right away, comic books are more inclusive than ever before.  There are more heroes of different races and ethnicities, but there are also way more non-heterosexual heroes in comic books as well. We’ve compiled a list of LGBTQA+ heroes that you should have on your radar.  If you’re deciding what character you want to learn more about next, choose one on this list. Not because of their sexuality (though reading diverse perspectives is important), but because they’re great characters first and foremost. 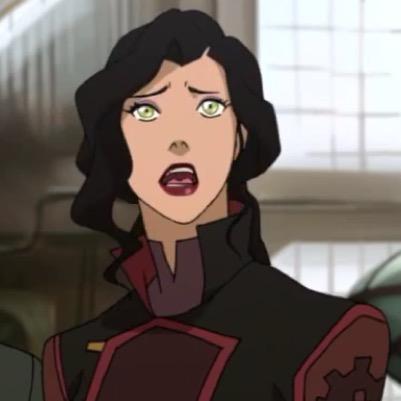 If you loved Avatar: The Legend of Korra, then you are probably already familiar with the major development at the end of the series finale. (SPOILER: Korra and Asami enter into a relationship together.) Their story continues in The Legend of Korra comic books, but their relationship is a lot more obvious and central to the story. That’s a good thing! 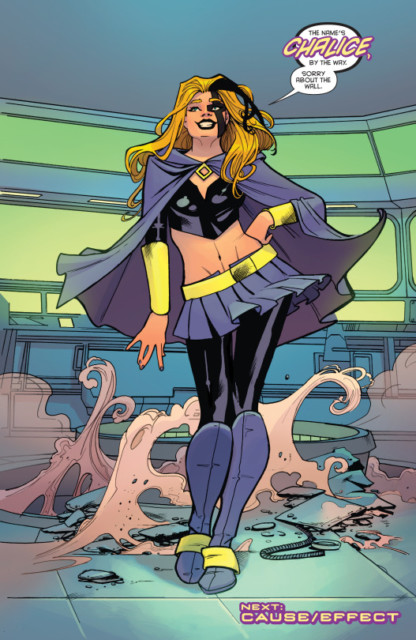 A superheroine from Aftershock Comics, Chalice made her first appearance in Alters #1 as a still-in the-closet trans woman; she presented herself as a male to her family but lived as a woman in her superhero identity.  Despite not having a trans creator on the book’s initial run, Alters is important for being the first superhero series with a transgender protagonist. It was well-received by fans and has a solid fanbase. 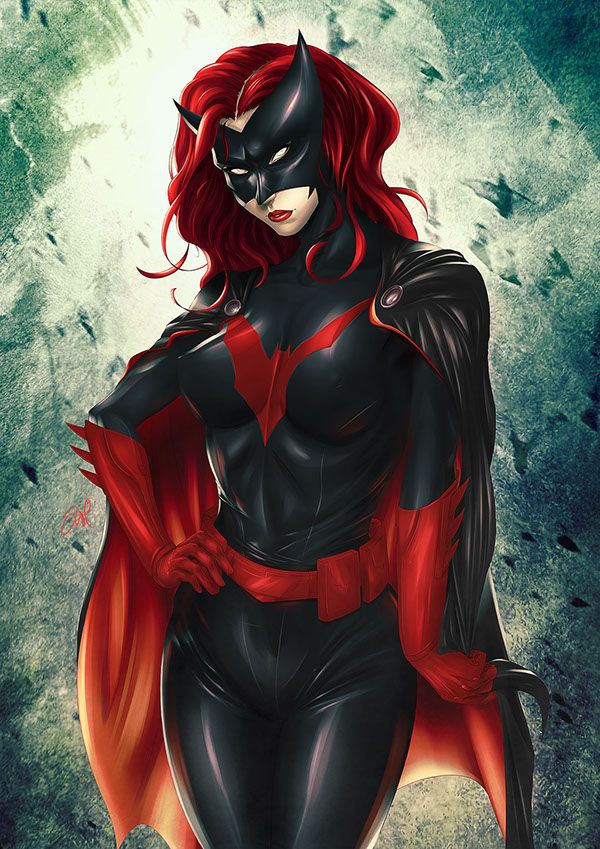 Kate Kane is an awesome superhero. Not only does she kick ass, but since she got her own ongoing in

2010, the Batwoman title hit a series of milestones, one of which was Kate Kane proposing to her

girlfriend Maggie Sawyer. Due to internal politics with DC, the writers weren’t allowed to show Kate and

Maggie’s wedding or more details about their personal life and the book ended. Kate Kane currently has her own series with James Tynion IV and Marguerite Bennett. 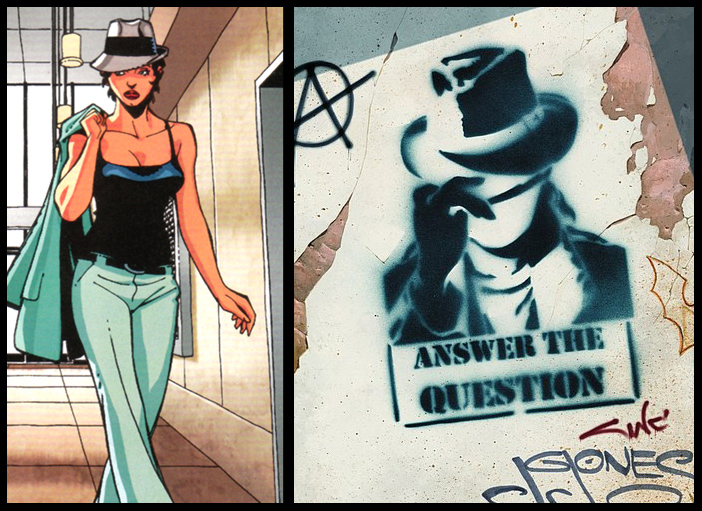 Another fan favorite character, Montoya is the first female character to have taken up the mantle of The Question. After her cop career ends, Montoya delves further into the identity of the Question and it has since became her main role in the DC Universe. 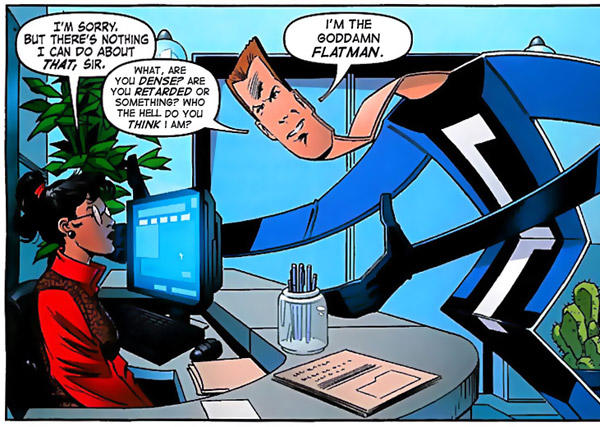 It’s pretty easy to look at Flatman and think that he’s Mister Fantastic. They have very similar uniforms and the same haircut. But while Reed Richards is a super genius and Marvel mainstay (who is currently missing from Marvel comics), Flatman is a loveable, mediocre superhero within the Great Lakes Avengers. He came out to his teammates in a 2005 issue of G.L.A.: Misassembled, but it hasn’t been central within the story since. 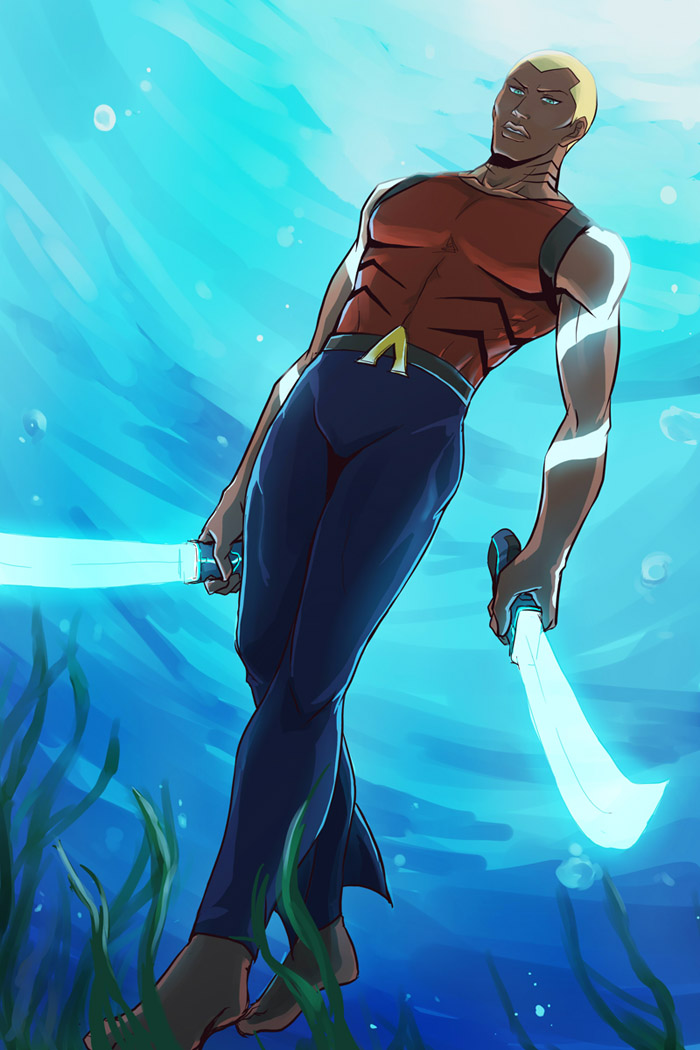 The Young Justice fan favorite recently made a splash (no pun intended) when he was reintroduced in a DC Rebirth one-shot: the character was revealed to have a boyfriend that his mother didn’t approve of (and she also doesn’t love his bleached hair). He joined the Teen Titans in their comic book earlier this year, and we’re hoping we’ll see more of his soon.

A supporting character in Hellcat, a.k.a. Patsy Walker, he originally chose to become a supervillain to help his emotionally abusive girlfriend after being exposed to terrigen mist. Hellcat was able to convince him to see the error of his ways, and they eventually became roommates. Since breaking up with his girl gang boss girlfriend, he’s entered into a relationship with Tom Hale as the character is bisexual. 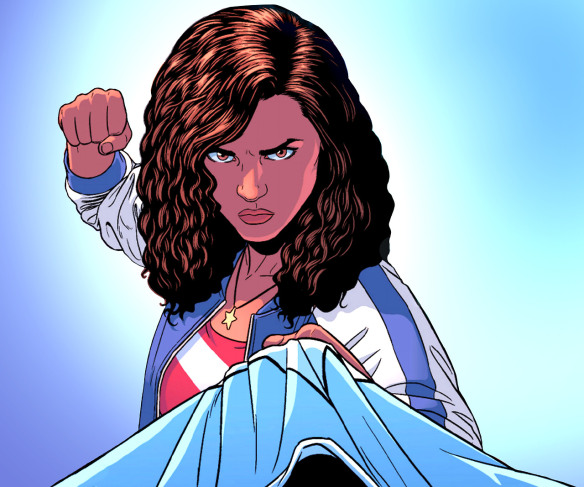 Is any list complete without Miss America? She was raised by her mothers in an alternate reality, but has come to the main Marvel universe to kick ass and take names. She’s been a part of the Young Avengers, A-Force, the Teen Brigade, and more. She currently has her own ongoing series and is the first Latin-America LGBTQA+ character to star in their own ongoing.