Let’s Fix the DCEU by James O’Donnell The DCEU is, to put it nicely, polarizing. In less tactful terms it’s a flaming goddamn dumpster full of used diapers and...
by James O'Donnell March 22, 2017 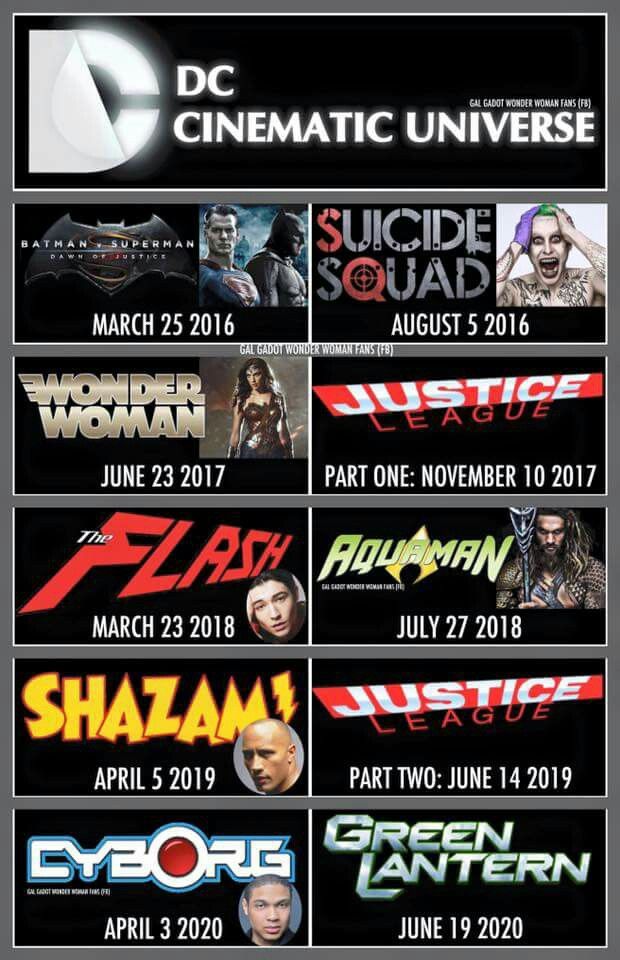 The DCEU is, to put it nicely, polarizing. In less tactful terms it’s a flaming goddamn dumpster full of used diapers and hair. We’ve got an emo-Superman with an impossibly vague father, Lex Luthor as a caricature of Max Landis and a Lois Lane that can’t even take two steps without falling on her face.

But it’s not all doom, gloom and villains awkwardly feeding Jolly Ranchers to duly elected members of the United States Senate. Ben Affeck gave one of the best portrayals of the Dark Knight in the characters history alongside a perfectly cast and well-written Alfred (Jeremy Irons). Despite the internet’s initial shit-fit, Gal Godot was fantastic as Wonder Woman and later this year she will finally hit the big screen in her very own movie where the hero (presumably) doesn’t pee standing up. 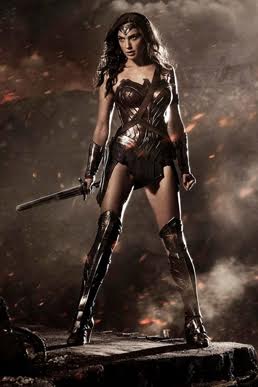 Running parallel to their Cinematic universe, DC’s television empire is thriving and they’ve got some very interesting irons in the fire. Noted mullet enthusiast/Ape Franchise director Matt Reeves is set to direct the next Batman, which will be followed by the film debut of Nightwing (hopefully one played by Steven Yeun). Harley Quinn and Deadshot (read: the good parts of Suicide Squad) are rumored to have movies in the works and Mel “Sorry About Being Such a Dick” Gibson is “kicking aroud ideas” with WB execs for Suicide Squad 2 (which I can only pray means a remake of Lethal Weapon with Captian Boomerang as Riggs Deadshot as Murtaugh).

In a way I feel a bit bad for Warner Brothers/DC at this point. On one hand fans and critics have been sharply divided on their feelings for the way the story of the Extended Universe has unfolded so far. On the other hand, their movies have been incredibly successful at the box office and they’ve got some interesting things teeming on the horizon. At this point, it doesn’t make sense to pull the plug on their universe unless they’re hell bent on grabbing that Oscar for the next Green Lantern joint. 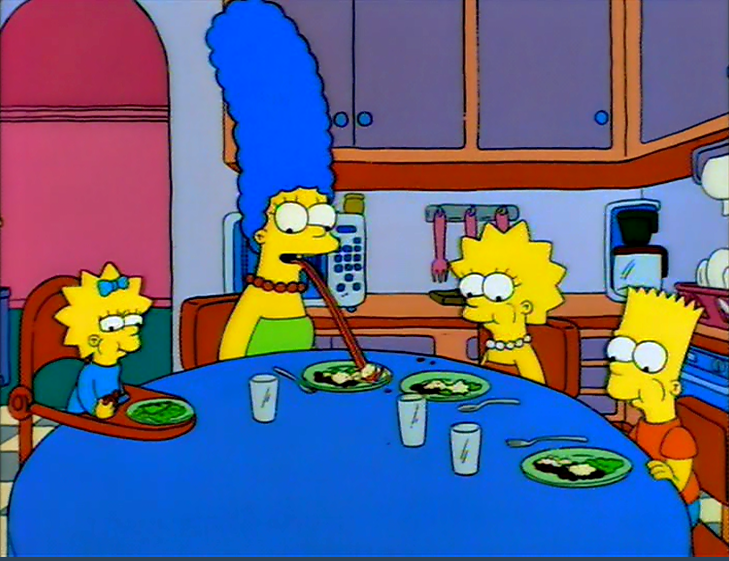 So what can new DC creative executive Geoff Johns do to fix the desaturated gloom fest that Zach Snyder plopped into his lap? I’ve got a couple ideas…

This might be the easiest way to go from where they’ll be by the time Ezra Miller laces up his red and yellow booties in 2018 or 2019 or whenever they get around to making this film. In the 2011 comic event Barry Allen accidentally runs so fast that he messes up the fabric of time and wakes up in an alternate reality where his mother is sill alive and he never became the Flash. To his shock he discovers a world in which Bruce Wayne was killed as a child, prompting his father to become a murderous gun-toting Batman and Wonder Woman’s Amazons are set to destroy the world in a war with Aquaman’s Atlantian army. Flash must team up with (who else but) Batman in order to unravel the mystery and set the timeline back to the natural order.

There are so many wonderful things that a Flashpoint adaptation could do for the DCEU, chief among them being the glory that would be Jeffery Dean Morgan as Thomas Wayne Batman battling Lauren Cohan’s Joker. It would also allow the filmmakers a fun and creative way to feature Barry’s origin without actually having to re-hash it for an audience that (thanks to the wonderfully popular CW show) is already familiar with the character. Aside from that and the prospective awesomeness of a Negan v. Maggie battle royal (spoilers here) the conclusion of the story sees Barry travel back to another alternate reality in which things are essentially the same but slightly different, so he’s basically the super hero version of Homer Simpson from Treehouse of Horror V.

This would allow the creative teams behind subsequent DC films to write their own stories that don’t have to fit into the “Superman had to die in order for people to appreciate him” universe that they’ve set up so far. More importantly it would allow them to weed out the less popular elements of their franchise like Superman having the emotional maturity of a 14 year old and PTSD-murder Batman. The most important possibility that a Flashpoint adaptation opens up is the major role Element Girl plays in the story. This would allow Geoff Johns to move the direction of the DCEU toward his secret passion project Doom Patrol v Suicide Squad: Dawn of Weirdness.

As weird as all that would be, it’s probably the most reasonable road they can go down against their other most viable option…

A Crisis movie would probably happen in the form of the planned Justice League sequel that is tentatively scheduled for a summer 2019 release. If they somehow make it to this point and still need to change things up they’ll probably have to go with something as fantastically weird as the event that changed DC Comics continuity forever.

This classic story by Marv Wolfman and George Perez (the comic book equivalent of Freddie Mercury and Brian May) sees heroes from parallel realities taking sides in a war for existence itself. The actual story of Crisis is far too convoluted to put into a movie (don’t tell Zach Snyder) but it essentially boils down to this: characters from parallel worlds must unite to try and save (or destroy) the very fabric of reality. The result of their battle is a unification of DC’s multiverse in which characters from said parallel worlds occupy a single timeline.

In the right hands a Crisis movie could involve appearances from DC’s television universe as well as incorporate some previous incarnations of fan favorite characters. Imagine Batfleck arguing tactics with Christian Bale before Michael Keaton breaks up their argument because they’re upsetting David Mazouz. Close your eyes and picture Lynda Carter advising Gal Godot on the benefits of not beheading Anne Hathaway’s Selena Kyle while Michelle Pheiffer awkwardly licks her latex bodysuit and rubs it on her head. A crisis adaptation also offers an escape pod for DC if Ezra Miller’s Flash is as poorly received as his Justice League costume, as the story sees Barry Allen die, which opens the door for Grant Gustin to make the jump from television to the silver screen. The only serious drawback would be the unavoidable death of Melissa Benoist’s Supergirl. But comic book characters don’t uaually stay dead for very long (just ask Batman, Green Arrow, Superman, Nick Fury, Winter Soldier, etc…) so I don’t think a Crisis movie would truly be the end of Benoist’s fan-favorite performance as Kara Zor-El (or maybe they’ll just turn her into Power Girl).

So there you go Warner Brothers. You’re on the titanic with two working lifeboats that might allow you to go down and plug the Eisenberg…er iceberg-sized hole in your ship. The only question is, are you willing to put in the work? Or should you just say fuck it and let Tommy Wiseau take over as creative director for all future DC Movies? 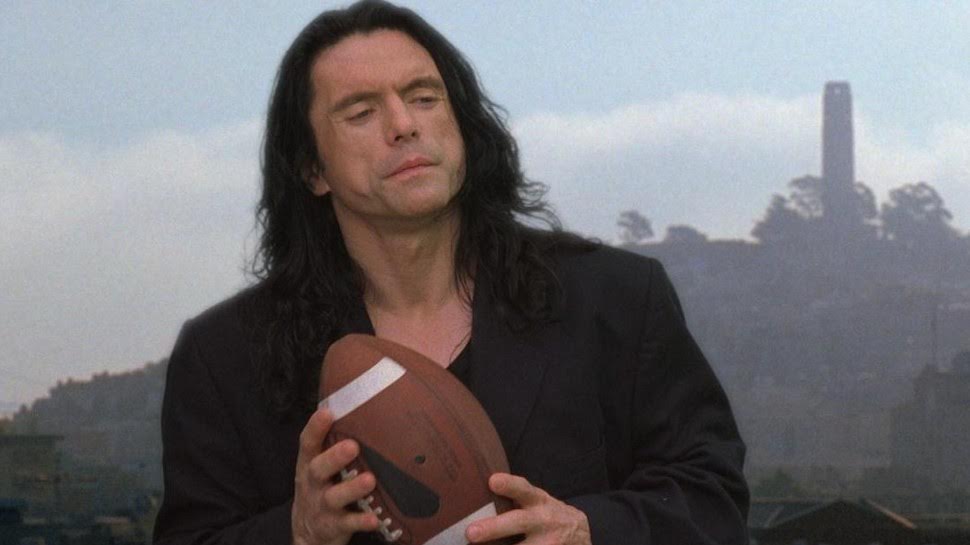