‘Legion’ Season 1 Review: X-Men done right (finally) By Brittany Cruz As the first show from FX Network to be based on characters from Marvel’s X-Men comics, “Legion” comes...
by Brittany Cruz March 30, 2017

As the first show from FX Network to be based on characters from Marvel’s X-Men comics, “Legion” comes out swinging. The eight-episode series follows David Haller (played by “Downton Abbey” star Dan Stevens) and his struggle to come to terms with his unexplainable powers, which caused him to be mistakenly diagnosed with schizophrenia as a kid.

He had a seemingly ordinary childhood before his life turned into a series of mental institution check-ins, drug addiction and at least one failed suicide attempt. Now, he finds himself on the run from Division 3, a government organization that monitors mutants.

First thing’s first. You do not have to know anything about X-Men to enjoy “Legion.” Whether you have read every X-Men comic or have only been a casual fan of the movies, this is a show that can appeal to anyone.

In fact, you do not even have to be a fan of superheroes to like this series. “Legion” is less about mutant heroes and more about the tragedy of what it means to be human — a living, breathing, walking disaster with the protentional to be better and do good. 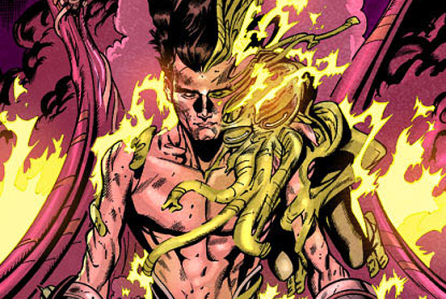 The show ditches the suits and capes to tell a story about mental and emotional struggle, particularly David’s path to accepting himself and learning how to harness his powers. It is an uphill battle, having spent most his life being told that he was mentally ill and only half believing it himself. This caused him to be guarded and weary, playing into the show’s reoccurring theme of paranoia.

“Legion” capitalizes on its non-linear, anxiety-inducing storytelling. There are frequent jumps between the present day and significant moments from David’s past, giving Stevens the opportunity to show off the emotional range of his acting, as each phase in David’s life is defined by new challenges that all stem from his inability to understand his powers. The mood drastically changes between time jumps and, while extremely jarring, is an effective method to let the audience experience David’s state of mind first hand. 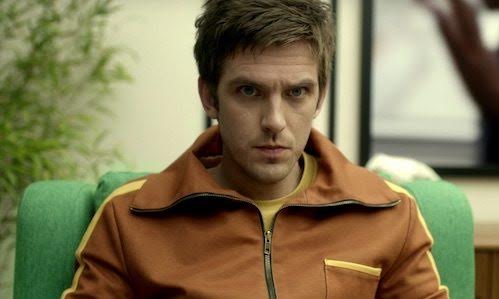 Everything is in a constant state of motion. The winding camera shots capture David’s distorted view of the world, like a roller coaster that continues to race and loop with no clear path to the end. Even when lying in bed, a place for contemplation and rest, he is a prisoner to his own mind. In a mesmerizing visual explosion, David’s thoughts reel with sporadic memories and push him to the brink of insanity, something he has come to accept as his reality.

The show plays up one key element: repetition, repetition, repetition. An outburst of David’s powers in the kitchen, a figure from a gruesome bedtime story stalking an adolescent David, sessions with his therapist. All of these memories continue to be recalled in a disorienting series of flashbacks that make you question their accuracy.

The “unreliable narrator” route gives the writers freedom to play since it is indiscernible what events are actually taking place and what is merely in David’s mind. While this sometimes results in style over substance, favoring visual appeal rather than moving the story forward, it is worth saying that this is a minor downside.

One of the benefits of taking the show in this direction is that it keeps the viewer feeling just as confused as David, allowing the audience to take the journey to self-discovery with him. This is especially evident when the camera angle is from David’s point of view, driving home the point that “Legion” is intended to be a duel experience between his character and the viewer.

Known for his TV adaptation of “Fargo,” creator Noah Hawley succeeded in making “Legion” a psychological thriller but does not hesitate to step even further away from the typical hero’s journey narrative.

At times, the show could easily be mistaken for a horror movie in its use of shadows and red-imbued hospital lighting. Monstrous figures hide in dark spaces, with a yellow-eyed man lurking in David’s peripheral throughout the series. Taking that stylistic approach was a risk that paid off in separating “Legion” from the slew of other heroes-in-capes stories on TV right now.

The eerie music, composed by Tonic guitarist Jeff Russo, is reminiscent of the score from “Stranger Things.” The synths and horns create suspense, working in tandem with the flickering lights that often accompany the creepy figures terrorizing David.

When it isn’t Russo’s spine-tingling score resonating in the background, an upbeat tune like “She’s a Rainbow” by the Rolling Stones is playing over a scene in stark contrast to the burning intensity that “Legion” thrives on. 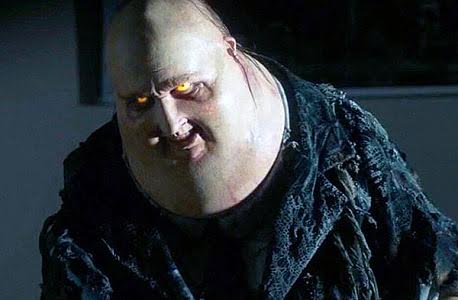 While the music lends a helping hand, it is the sound editing and effects that encompass the sensory overload David suffers from on a regular basis. The chorus of indiscernible voices ringing in his ear is sometimes the only thing that can be heard, with noise blaring at max volume one minute only to drop into complete silence and zone out the next.

The sound effects are used in “Legion” to create an immersive experience and make the viewer sympathetic to David’s circumstances, even when the character is at his worst. For all of David’s uncontrollable power, there is a vulnerability to him that is best understood through what the sound provides. 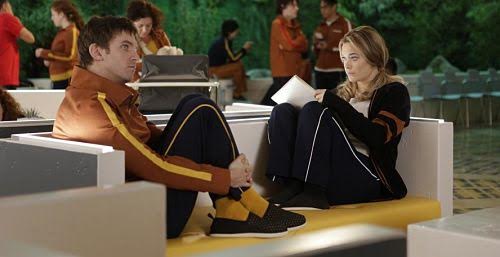 It is no secret that 20th Century Fox has had a difficult time handling its Marvel division, with “Deadpool” and “Logan” being its only films to compete with Disney’s Marvel Cinematic Universe (MCU) on a commercial success level. There is little pretense as to which company is sweeping up all the critical acclaim and fan support.

However, Fox Studios may have found a way into the race through the TV market thanks to Hawley’s involvement. Despite the studio’s previous struggles, “Legion” does not feel like some bad promotional product created to drive up ticket sales for the next box-office flop.

“Legion,” for all intents and purposes, attempts to reject the superhero label by masking itself as an exploration of identity and exposing the fickle nature of memory. How much does our memory define us and is it reliable? These are the types of questions “Legion” looks to analyze in a philosophical venture that lets the audience draw the final conclusion.

Sure, there are superpowers involved, but even the abilities the rest of the cast display harken back to ideas of individualism and what it means to be human.

Take for instance David’s love interest in the series, Sydney Barrett (Rachel Keller), who has the ability to trade bodies with whoever she touches. At one point, she ponders aloud that the switch is merely physical, saying, “We’re more than just [our bodies]. I’ve been a Chinese man, a 300-pound woman, a 5-year-old girl, but everywhere I go, I’m me.”

“Legion” has gorgeous visual storytelling that is just as erratic and unpredictable as memory itself. The retro ‘70s design gives the series a unique look from other Marvel shows and as part of the FX lineup, David Haller’s story is the only piece of X-Men property that has managed to reinvigorate the superhero formula and create something worth watching from Fox.

Entering the TV medium may be the answer to helping the studio catch up to its competition, with a second X-Men project, “Hellfire,” currently in development. “Legion” is likely the beginning of more to come, and the first season is starting things off strong.