Legendary Pokemon Mewtwo Normally it would be a fair fight between Mewtwo and Arceus, but what puts Mewtwo on top is his Mega Evolution. With Mewtwo’s Mega Evolution he...
by Madison Worm June 30, 2017 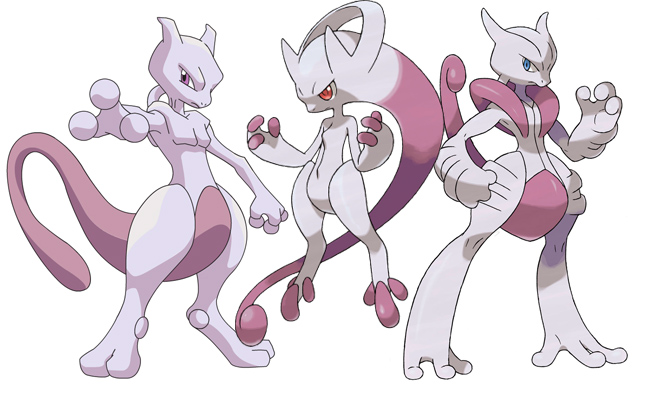 Normally it would be a fair fight between Mewtwo and Arceus, but what puts Mewtwo on top is his Mega Evolution. With Mewtwo’s Mega Evolution he becomes the most outstandingly powerful Pokemon there is. His attack is normally 106, but skyrockets to 194 after his Mega Evolution takes place; his speed increases by 10 becoming 140. A great move to know for Mewtwo is Barrier, so not only can you bulk up your attack and speed with Mega Evolution, but you can utilize barrier to bulk your special defense by 70, taking it from 90 to 160 in one move. He can also learn Aura Sphere, making him able to fight Dark-type Pokemon, and giving him another one up on Arceus. Mewtwo is already known for being powerful, and with his Mega Evolution, he’s the most powerful there is. 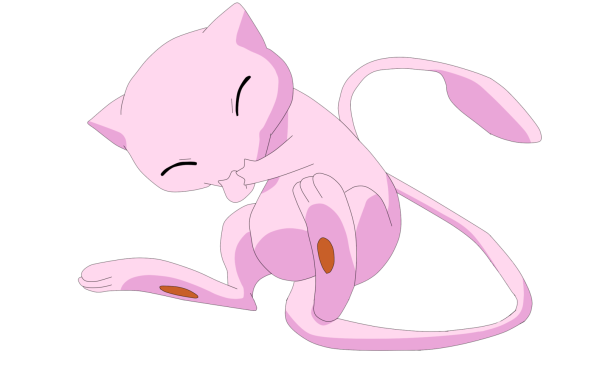 Mew is a powerful Pokemon; he’s solid for the same reasons as Arceus. He has 100 on all his stats, and he can be anything you want him to be. When you want him to attack a great move is calm mind, which boosts his special attack and special defense, then use the move Psyshock to attack your opponent. Mew can learn any move you want him to in the Pokemon universe. If your Mew knows rest, you can give him a Chesto Berry, and it makes the move rest work more like the move recover. While rest normally takes 2-3 turns to restore your health, holding a Chesto Berry will make it work immediately. 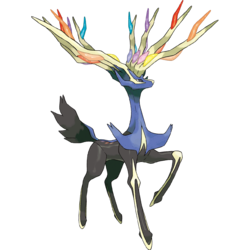 Xerneas starts out with a solid health of 126, and it’s attack and special attack both start at 131, and none of his other stats are truly disadvantageous. He’s the only Pokemon to learn Geomancy which takes two turns to complete but raises your special attack, Special Defense, and Speed by two stages. Xerneas is a dragon type killer; he can learn Outrage which is a dragon move, and Moonblast which is a Fairy type. Dragon type Pokemon are weak to many things, two of those things are other dragon types, and Fairy making Xerneas their worst nightmare.

Rayquaza is a speed demon. His Health starts at 105 and Speed at 95, when Mega Evolved his speed increases to 115. Rayquaza is essentially a more mediated Version of Groudon and Kyogre (which are the next two Pokemon on the list). Rayquaza can bulk up after he’s Mega Evolved as his stat total increases by 100, going from 680 to 780.

Kyogre is such a powerful Pokemon starting with Health at 100, attack as well. Kyogre’s special attack and special defense are at 150 and 140, respectively. What makes this Pokemon powerful is when it becomes Primal. After breaking into its Primal Form Kyogre’s Attack, Special Attack, and Special Defense all spike up to 150, 180 and 160 respectively. It’s truly powerful move is Origin Pulse with a power of 110, accuracy of 85%, and PP of 10, it’s a one hit kill to many Pokemon. 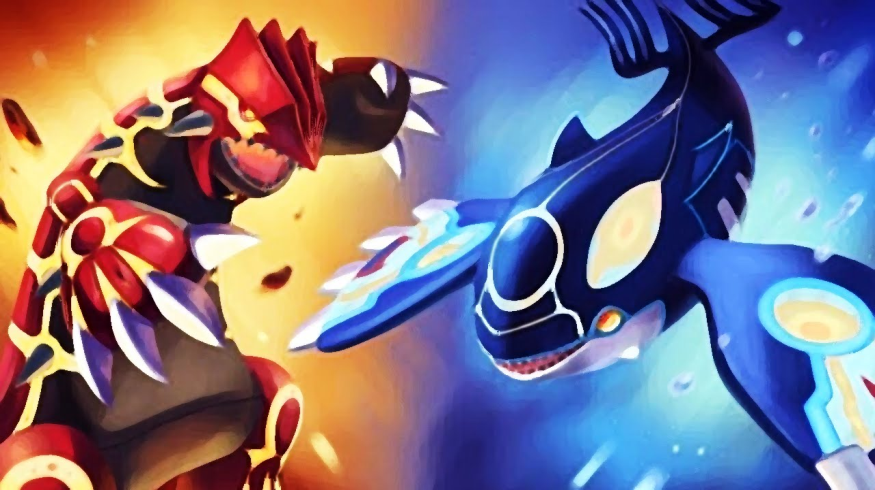 This is where the list gets a bit odd; it’s a 6.5 between Kyogre (#6 on the list) and Groudon (#7). Believe it or not, and if you don’t, please do your research, Kyogre and Groudon are equally matched, the deciding factor of battle is who goes first. If Kyogre goes first Groudon will be killed with Origin Pulse; if Groudon goes first, Solar Beam will kill Kyogre in one hit.

As Stated before Kyogre and Groudon are pretty evenly matched, the stats that get spiked by their primal reversion are slightly different, however. While Kyogre’s Attack, Special Attack, and Special Defense all increase, Groudon’s Special Defense remain untouched while it’s regular Defense increases drastically making physical moves pointless. Precipice Blades is the move to watch out for if you’re fighting against Groudon as it’s a powerful move on it’s own with a power level of 120 but hyped up by a Special Attack stat of 150, and you have a tank rolling through.

Giratina is a solid legendary, with health starting at 150; it’s special and regular defense starting at 100 plus special and regular attack starting at 120. Despite its size, it maintains a decent speed of 90, even in its Origin Forme. While it has a great weakness to Ghost, Ice, Dark, Dragon and Fairy types, it takes half damage from Poison, Bug, Fire, Water, Grass, and Electric which helps it maintain a good balance. In its Origin Forme, it’s not only immune to Normal and Fighting types but also Ground type Pokemon. 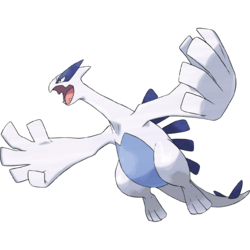 Lugia can easily be utilized as a tank with a defense of 130 and special defense of 154. While it’s health may appear a bit low at 106, it’s able to take a couple of hits before it’s taken down. While it’s Attack and Special Attack stats both start at 90, it’s Speed starts at 110 which usually lets it go first in battle. Once you get a few powerful moves such as Aeroblast and Hydro pump, you’ve got a decent fighter on your team. Lugia is a solid choice to use against Fighting and Psychic-type Pokemon as it takes a fourth damage from Fighting and half damage from Psychic types. 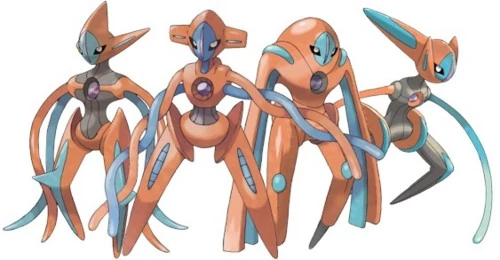 Because of the different forms, Deoxys can take he can fit into any roll you want him to. I tend to see him as one of the weaker Legendary Pokemon due to his low health, but some of his other stats can make up for his lack of health. In his normal form Deoxys is essentially a glass cannon, and while Hyper Beam is a powerful move and can often take someone out in one hit, it also takes one extra turn so Deoxys can recover which leaves him vulnerable. However, he his Speed, Special Attack and regular Attack stats sit at 150 usually making him go first and have a powerful hit. In Deoxys Attack Forme he remains a glass cannon, but his Attack and Special Attack stats increase by 30 making his hits even harsher. To make Deoxys a wall, you’ll want Deoxys Defense Forme. In this forme, Deoxys Defense and Special Defense go from sitting at 50 to sitting at 160, an 110 increase, and while it makes your Attack and Special Attack stats decrease drastically, defense forme can stay in the fight longer. The most balanced of the formes is Deoxys Speed Forme. While all of Deoxys stats except for health and Speed are in the 90’s, his health remains at 50, and his Speed at 180 guarantees him the first hit, and because his Defense stats are balanced, he’s able to stay in the fight a couple rounds.