The Legend of Zelda: Breath of the Wild Review By Richard Lynch The last few months have seen the successful revival of two of Japans oldest and most enduring...
by Richard Lynch March 22, 2017

The last few months have seen the successful revival of two of Japans oldest and most enduring video game franchises with Final Fantasy XV and Resident Evil 7. That trend continues with Nintendo’s latest entry into The Legend of Zelda franchise with Breath of the Wild, a massive reinvention of the series that is equal parts refreshingly different and comfortably familiar.

All the basic pieces of a Zelda game are there from the moment you start. You play as Link while Zelda and Gannon help and hinder you respectively. The narrative takes a back seat to unimpeded exploration in a positively gigantic open world. Nintendo’s first attempt at open world design works precisely because it is their first attempt. It ignores many of the conventions seen in most open world games. The majority of the game is spent searching for 120 hidden shrines each containing a short puzzle that rewards you with an item that can be exchanged for new hearts or an increased stamina bar. Normal dungeons exist as we, but they are decidedly shorter rather than being the labyrinthine mazes seen in Wind Waker and Twilight Princess. 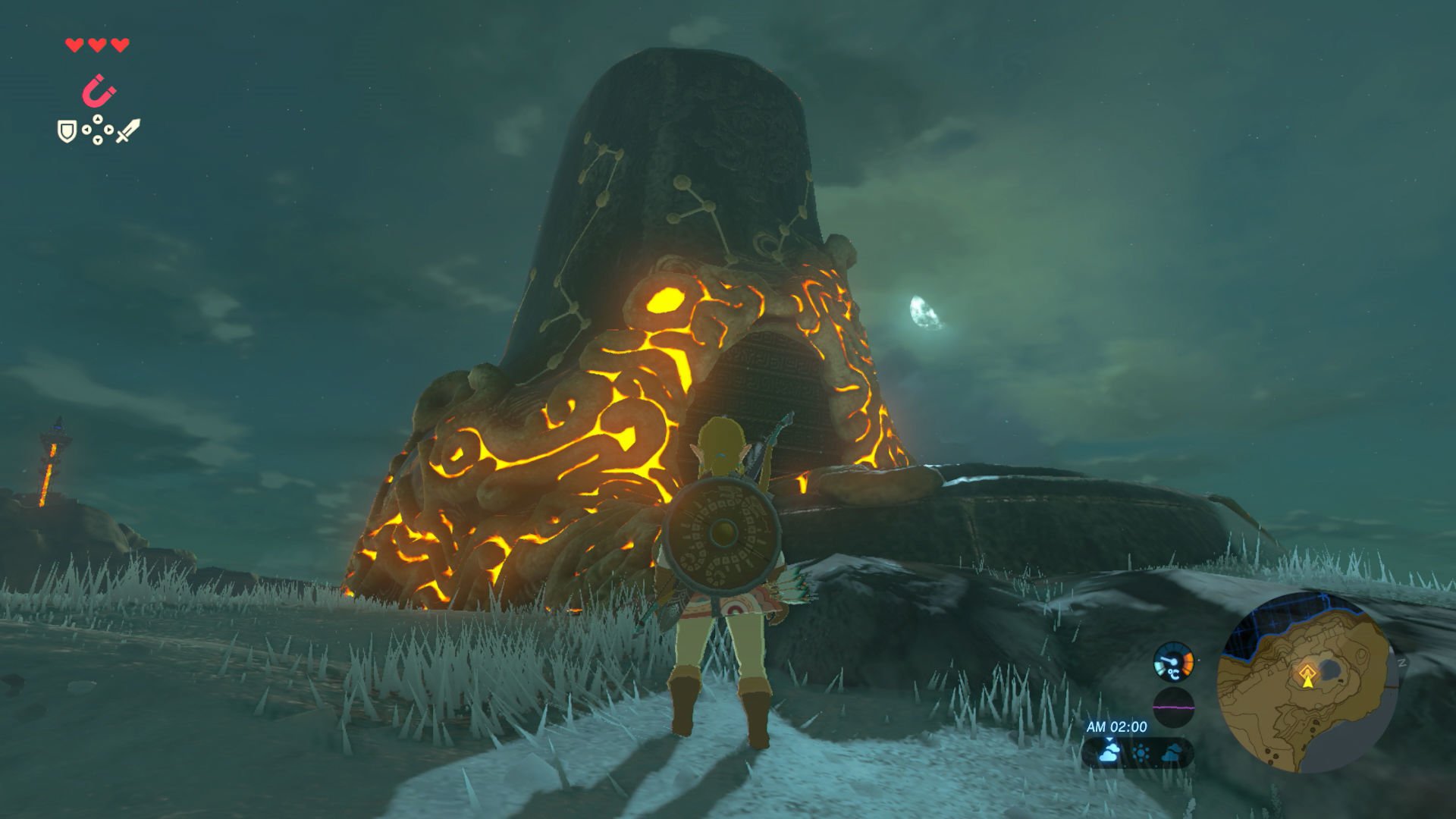 Intuitive systems that reward nearly everything you do make gameplay feel constantly rewarding. Once you understand them, you can do pretty much anything you set your mind to. Once I found myself trapped on a small island with a shrine surrounded by thorns, I didn’t have any fire arrows, but I did have several bundles of wood and some flint. I dropped it all on the ground and struck the flint with my sword which started a fire that quickly spread, clearing the hill. Every situation in Breath of the Wild is just as open ended and it’s a joy to experiment.

Controls have been completely redesigned, adding a dedicated jump button and a trigger for the bow. You can also swap gear on the fly using the d-pad. The new controls are mostly great but with a few minor hiccups. The lock on system works much as it did in previous games but enemies are much more aggressive than ever before attacking in groups with locking on only making it difficult to choose a target and switching between them feels random at best. Combat early on is only made harder by breakable weapons that shatter way too quickly. There is always an abundance of replacements, but having a weapon degradation system never feels like it benefits the experience.

Minor gripes aside, the freedom Breath of the Wild offers is truly awe inspiring. The old idea of pointing to a mountain in the distance and saying you can go to it still holds true. Not only can you get there, but you can climb right up the sheer face of a cliff to do it. I’ve spent many hours trying to scale giant walls and you climb anything, provided you have enough stamina to make it, and there are no limitations except inside shrines. 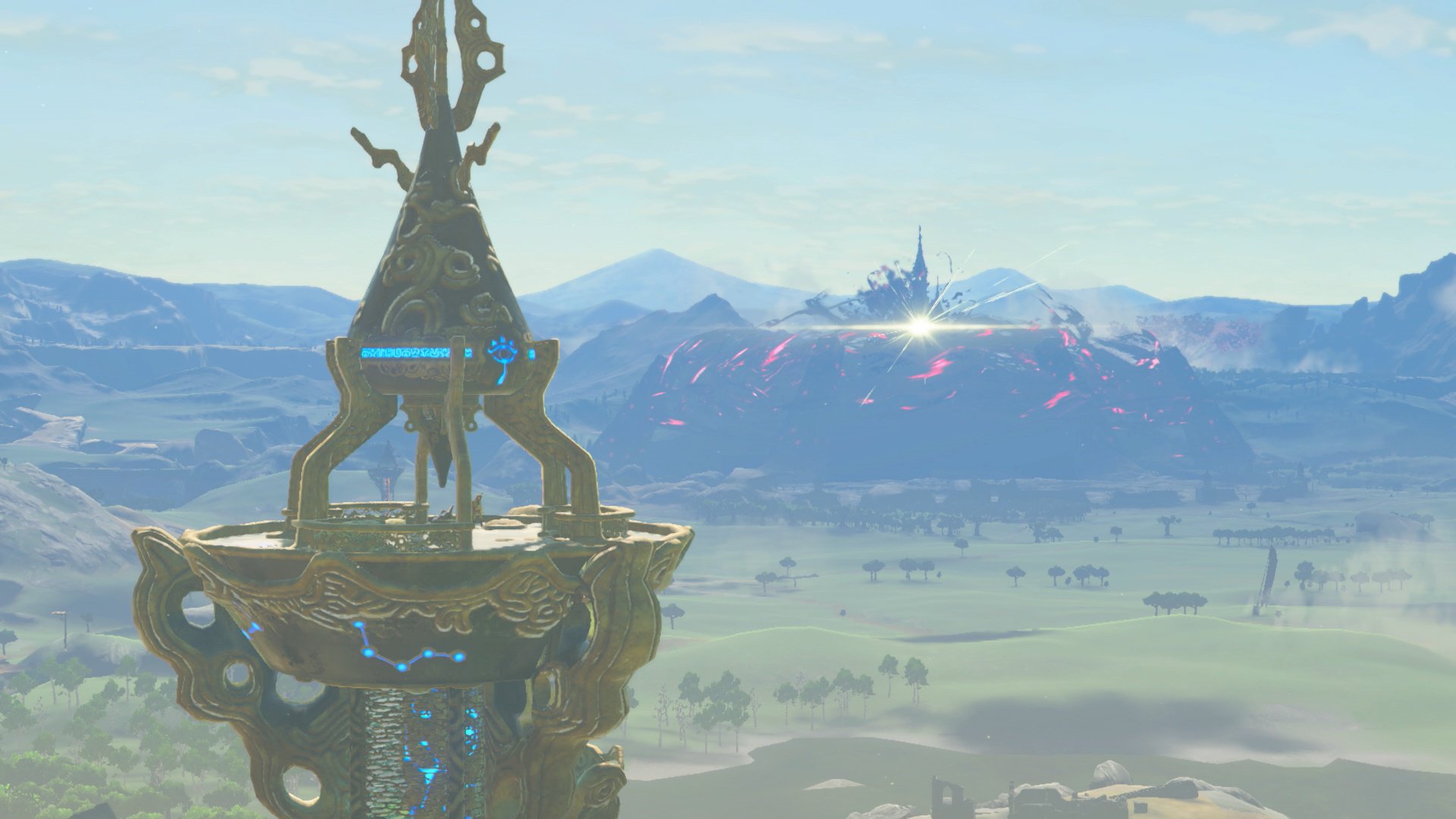 There are so many systems in Breath of the Wild from the temperature system that requires you to pack certain gear for colder areas, to the cooking system that allows you to make food and potions that heal you and offer a variety of bonuses. And there’s so much more to discover thanks to quests and environmental cues that always suggest new things to do. Despite some small problems, Breath of the Wild knows how to drag players in and keep them engrossed despite not having the best graphics or the most sophisticated story. Perhaps by accident, Nintendo has stumbled onto a formula that is endlessly engrossing, a nearly perfect game that is only held back by some strange design decisions. Breath of the Wild feels like a monumental step forward for the Zelda franchise and it’s one that is absolutely worth taking.

The Legend of Zelda-Breath of the Wild