Since it started in 2013 “Lazarus,” has been one of my favorite science fiction comics. Lots of comics are very imaginative, but “Lazarus” backed up its dystopian world with...
by Jake Hill May 5, 2017 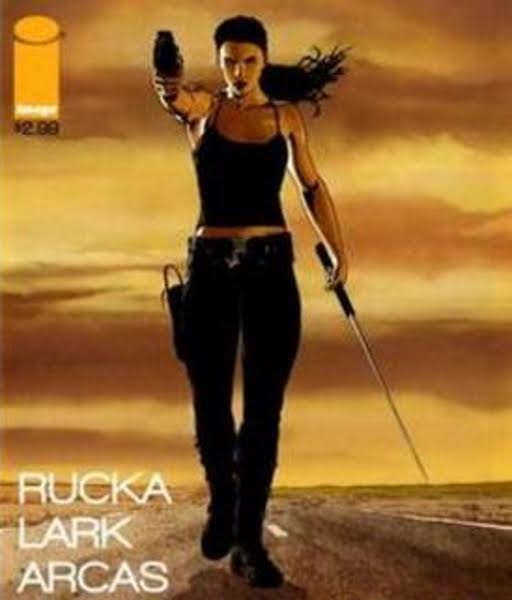 Since it started in 2013 “Lazarus,” has been one of my favorite science fiction comics. Lots of comics are very imaginative, but “Lazarus” backed up its dystopian world with real research. Every issue introduces a new political or technological development, and writer Greg Rucka almost always shares an article from the real world that inspired him. The main character Forever Carlyle has super-healing powers? Rucka based that off real research that’s happening with stem cells. 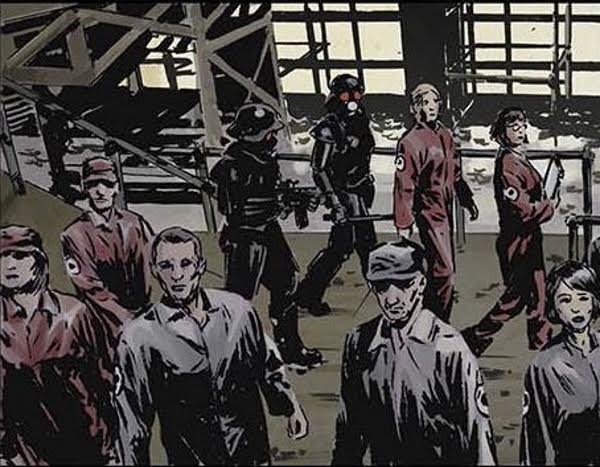 This reality based approach can sometimes have chilling predictions. In the world of “Lazarus,” governments have been replaced by sixteen family-run corporations, who manipulate world events and war with each other not unlike the families in “Game of Thrones.” The most terrifying is the Hock Family, run by Jakob Hock out of what used to be New York City. Hock is a pharmaceutical genius who brainwashes his population by insisting that they all “take their medicine.”

All that attention to research and worldbuilding comes to a head with the Hock Sourcebook, the second of such books released. The sourcebook reads like a combination of a “Dungeons and Dragons” campaign supplement and the “Handbook to the Marvel Universe.” It’s not a new story, but a guide to the weird world of Hock, who in the world of “Lazarus” controls territory from the Mississippi River to the East Coast, from Montreal down to Florida.

There are stories in the book, but they are the history of the comic. A sidebar tells the story of “The Great Grain Purge,” and mentions the many other purges that Hock has inflicted on his people. Narrative isn’t the main purpose behind the book, but a setting as rich as “Lazarus” is full of untold stories. 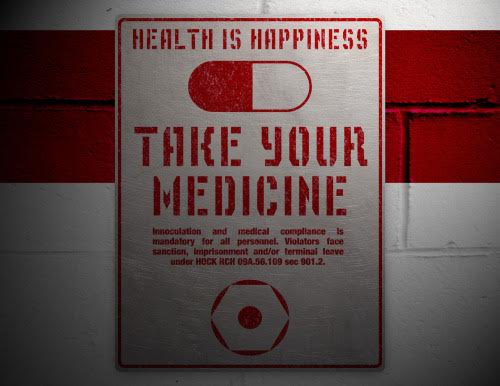 Although the artwork looks to be mostly taken from issues of the comic, the sourcebook is filled with diagrams and charts, and I don’t know about you, but I go nuts for a good chart. There are detailed maps of Hock’s territory, and as a resident of the Eastern United States, I had a morbid curiosity to see how my friends and family would fare under Hock rule (not good). There are also charts describing the Hock bureaucracy, and the major players in his corporate rule, as well as diagrams of Hock technology. Fans of the comic can finally find out what the different colors of pills are supposed to do (I wouldn’t mix the blues and the purples, and the greens sound pretty icky too).

My favorite parts of the sourcebook outline the background characters. Hock himself has featured pretty prominently in the comic book, but his background minions and secretaries and officers have mostly gone unnamed. It turns out, all of them not only have names, but rich disturbing histories and backstories. As a big fan of the comic, it’s interesting to see who was involved in the kidnapping and brainwashing operation of Forever’s brother. We saw these characters on the page, but didn’t learn anything about their personal lives. The sourcebook is a fun in and of itself, but I appreciate it the most when it is deepening the story of the comic.

Ultimately, I can’t see this sourcebook appealing to people who aren’t already fans of the comic- but if you aren’t you should get on it. “Lazarus” is a scary post-apocalyptic dystopia, and every day there is a piece of news that brings it one step closer to reality. The scariest thing of the Hock Sourcebook is comparing it to the previous sourcebook, which centered on the Carlyle family. Living under Carlyle rule seems bad- really bad- but living under Hock rule is worst case scenario. I’d compare it to 1984, but then I remember real life examples of Hock-ish rule. North Korea comes to mind, and the vision of some American politicians. Because that’s the scariest part of “Lazarus,” not the parts that the creators can dream up, but the things that are already happening in the world right now. 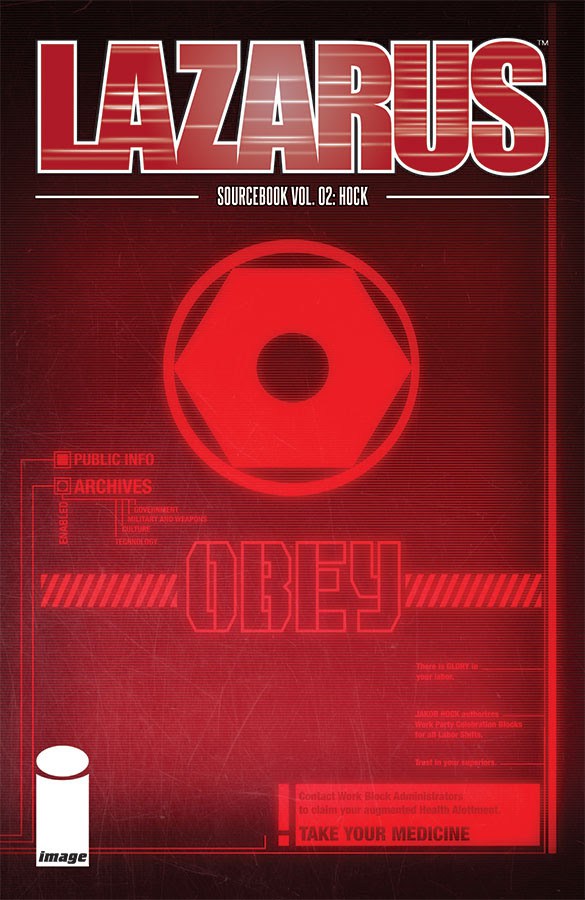