So, we all know the fantastic game The Last of Us from Naughty Dog, and if you don’t are you living under a rock? Well, they announced in December...
by Madison Worm February 16, 2017

So, we all know the fantastic game The Last of Us from Naughty Dog,

and if you don’t are you living under a rock? Well, they announced in December 2016 that The Last of Us 2 will be coming out sometime in the near or distant future. Of course, they’ve released a trailer along with their announcement, and I am still going batshit over it, and while I’m simply freaking out over the trailer, other people have delved deep into the little details of the trailer to pull together theories about what could be going on. From the most popular theories such as Joel being dead to things as simple as Ellie’s tattoo, here are some of the theories surrounding The Last of Us 2.

Many of us, longstanding fans of TLOF (The Last of Us), do not want to accept this theory and even if 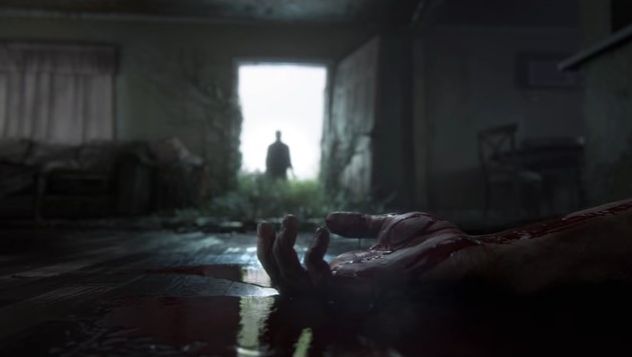 it’s proven true will probably still hide in the shadows curled into a ball as we chant that Joel lives (or is that just me…). Much of this theory comes from how Joel appears in the trailer and how he refers to Ellie  as ‘kiddo.’ Many fans speculate that because Joel enters the scene as a silhouette and you never get a single clear shot of him it could be essentially his ghost conjured by Ellie’s mind. Some people speculate that Joel referring to Ellie as ‘kiddo’ is her reminiscing of old times with Joel in which he would call her kiddo. The counter argument makes more sense in that while Ellie has quite clearly grown up Joel is her surrogate father, and it’s simply his term of endearment and has been for approximately five years now. This is an interesting theory which people such as LegacyKillaHD, and Give It Thought have discussed in further detail on their Youtube channels.

The Fireflies are Ellie’s Main Target

This is one of the more obvious theories.

When coming upon Ellie’s location, we see the firefly symbol painted on a stop sign, identifying that Ellie is in a firefly compound, though it appears to be old. Considering the dead bodies on the floor, we can assume that these were fireflies that Ellie killed and for some reason unknown to us, Ellie is out for their blood.

This one is very strange, and based on the fact that Ellie’s hand is shaking as she’s about to play guitar, 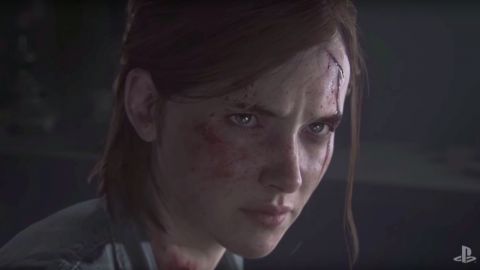 and that certain parts of her surroundings have similarities to parts of her past, therefore, making the w hole scene a part of her imagination. This theory plays on the idea that Ellie still has some fungus growing in her brain and it has begun to affect her nerve functions and some of her brain functions hence her mind giving her an apparition of Joel. The more likely reason for her shakes is the adrenaline still pumping through her system from the fight with the fireflies, though whether Joel is an apparition or not is to be seen.

Though we only catch a few glimpses of it in the trailer, some theorists have managed to track down 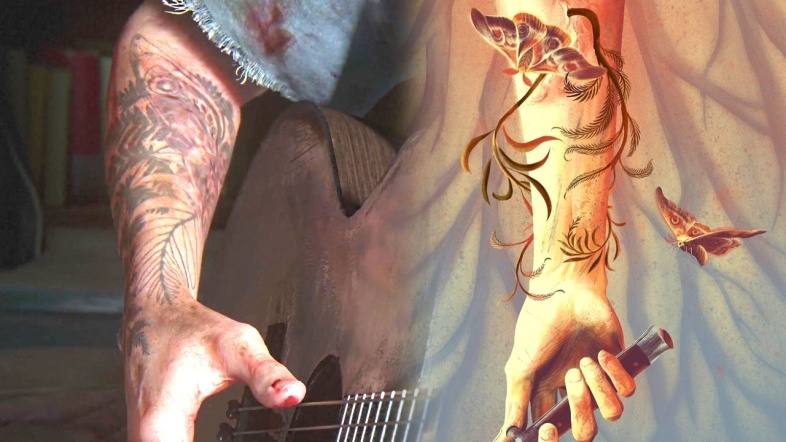 what the tattoo is and have begun theorizing if it has some deeper meaning. While admitting that it could mean nothing they still claim that the moth and branches tattoo could mean more. One theory states that moths are attracted to light and that Ellie is a moth drawn to the fireflies with a much more sinister motive than a moth. Alternative theories indicate that moths also represent growth and discuss how; clearly, Ellie has grown in more ways than one. Again another more simple theory about why Ellie has a tattoo in this particular spot delves into the fact that she’s self-conscious about showing her forearms, due to that being where she was originally bitten, and the tattoo covers her bite, permanently removing the reason for her self-consciousness.

Obviously, there are many theories surrounding The Last of Us Part 2, and how it will play out. There are even theories that I didn’t put in this article, so find them, delve into them, and obsess if you want to. The Last of Us is a favorite game among many with characters that everyone has gotten attached to, and I expect we’re only going to get more attached to them with Part 2. 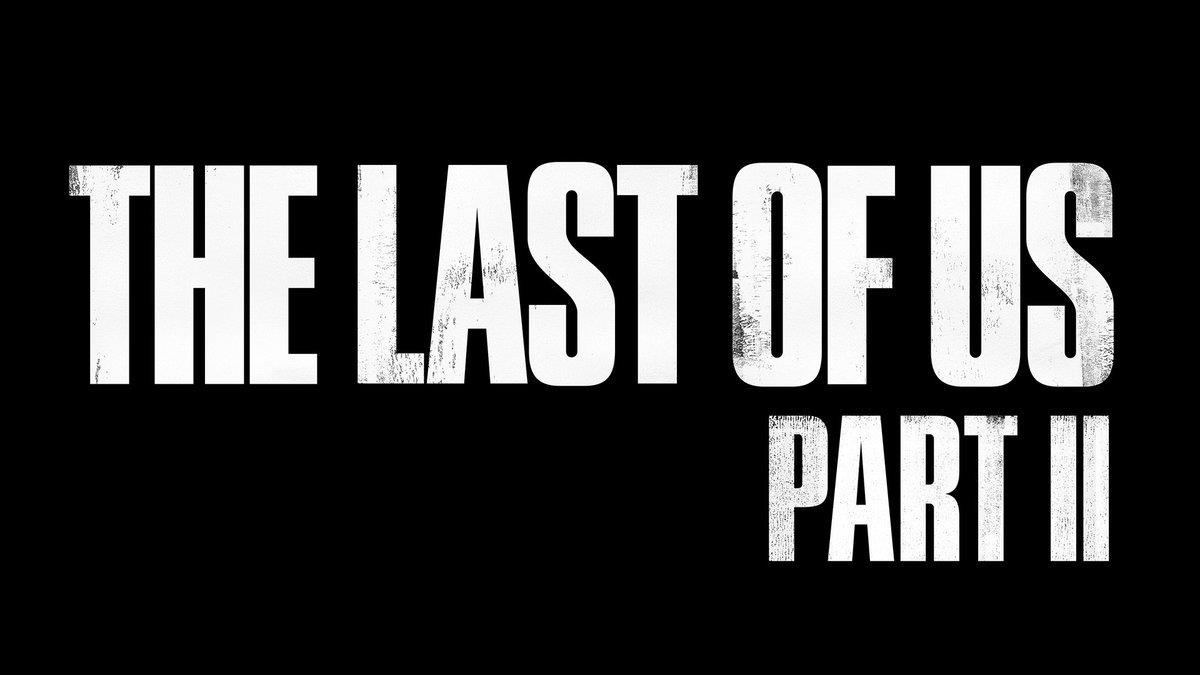