Kirk vs Picard: The Endless Debate

Kirk vs. Picard: The Endless Debate Look, Trekkies; like it or not, there’s a new Star Trek coming our way soon. Chris Pine is the modern-day incarnation of Captain... 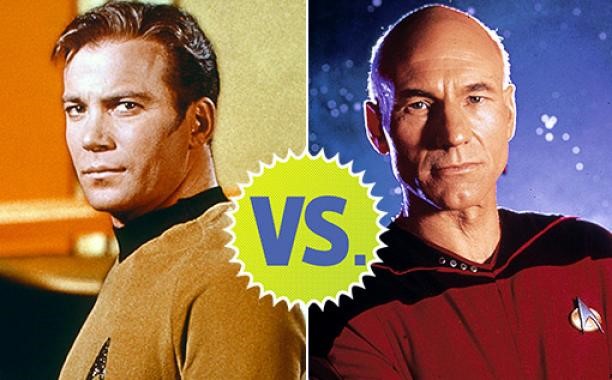 Kirk vs. Picard: The Endless Debate 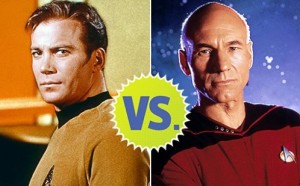 Look, Trekkies; like it or not, there’s a new Star Trek coming our way soon. Chris Pine is the modern-day incarnation of Captain James Tiberius Kirk, and there’s absolutely nothing you can do about it. Despite your gripes with the new films, this doesn’t have to be a totally bad thing…even if you absolutely hate Chris Pine with every fiber of your being.

Instead, try to look at it this way; there are a bunch of young kids right now that are just being exposed to the world of Star Trek and eating up everything that “Space: The Final Frontier” has to offer them. Which means that, like any other obsessive-compulsive fan of a franchise, these kids are going to go back and hopefully want to be as immersed as they can in anything Star Trek-related. And that’s a good thing. A next generation (pun intended) of kids who are interested in the franchise will keep the interest alive and allow it to grow for years to come. Why let the legacy die now? You may argue that it’s gone on for too long, but me? I say not long enough.

So, with that said, the next question that any kid in search for more Star Trek lore is going to ask is what incarnation of the series they should watch…and more than likely, they’re won’t be going to be factoring Deep Space Nine in their decision. The big question will come down to this: TOS (The Original Series) or TNG (The Next Generation). The decision of which to watch will then come down to the Big Daddy of all Star Trek questions: Who is the better captain…Kirk or Picard? 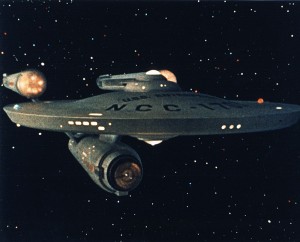 The answer is actually a lot simpler than it may seem. Let’s break a couple things down first, and then get down to the final answer.

First of all, Kirk was at the beginning of this franchise. Without him, there’d surely be no talk about which captain of which franchise is best; if he wasn’t so daring and manly with his leadership, there would be no debate. Kirk is depicted in TOS as a product of every little boy’s picture of what a hero should be in the classic American point of view. He’s handsome; he is bold. He’s quick to throw punches and get the job done, no matter what the task. And the girls? Well, as you know, there’s not a woman in the galaxy who would easily turn him down. His charm reaches unimaginable levels at times, making him a strong, powerful, charismatic leader. Why ask questions when you have fists?

Then comes along Picard in TNG, which was completely hated and found to be a nonsensical choice for the new captain when news broke out that he’d be at the center of the show’s revival in 1987. He was an older, classically-trained theater actor…with no hair! How could he ever replace Kirk!? Was this some sort of blasphemous, hateful act towards the fans?

Well…no, no it wasn’t. Not at all. In fact, it was quite the opposite; the Trekkies of the world were given one of the most iconic leaders in all of space in the form of Jean-Luc Picard…rational, thoughtful, and kind. The state of the universe was much different by the time that TNG came around; Gene Roddenberry, the show’s creator, had no intentions of showing a dystopia and instead depicted the future of mankind to be a place of near-perfect harmony.

So it’d make complete sense for the Captain of a space-exploring vessel in that time period to be exactly how Picard was. Instead of fighting with his fists, he fights with his mind. He aims to diffuse every situation diplomatically, dealing with his words and rationale. A leader such as Kirk would most likely have not been able to hold his own against an enemy such as Q; unwavering diplomacy and attention to protocol never were his strong points. 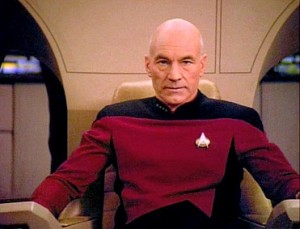 Which is not to say that Kirk is a lesser captain for possibly not being able to handle such an enemy. As stated before, the galaxy was in a much different place when Kirk was at the helm of the USS Enterprise; Kirk paved the way for diplomacy and harmony by using his cowboy-like traits and charm. Picard only expanded on it.

Furthermore, with all of this talk of how Picard is a gentler soul, let us put into perspective his age at the time of him being Captain. He is much older and much wiser than Kirk was, and when Picard was in his youth, he definitely didn’t act like the wise old bald man that we see exploring the reaches of the unknown in TNG. One must remember that Picard was not always this way; in fact, he failed his original Starfleet exams and needed to take them again. Even wilder is the fact that in his youth, Picard was stabbed in the heart during a bar fight. This shows that he has grown from his old ways; we never got a chance to see Picard in his youth outside of a few flashbacks…but I have a feeling that if we did, the similarities between him and Kirk would be very interesting.

Some may say that Kirk was more selfish in his galactic pursuits. It can be argued that he wanted to be the first to explore such uncharted territories…after all, that’s what a cowboy does, is it not? Picard, on the other hand, is an Anthropologist to wishes to explore space so that mankind can further their knowledge and understanding of how the universe is. Does that make Picard weaker for not having the same brash enthusiasm as Kirk? Absolutely not. Once again, they were both a product of what the galaxy demanded from them at the time. 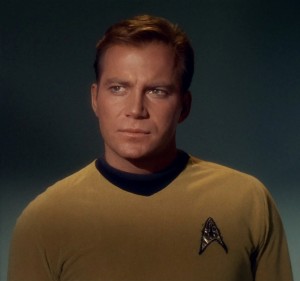 Which leads me to my point: neither of them were better captains than the other. They were both great leaders in their own way. One, a libido-driven cowboy in pursuit of the unknown, and the other, a wise gentleman in pursuit of knowledge for the good of all mankind. They’re simply too different from each other to ever really be compared.

I’d like to think that if the two of them were ever paired in a fight, it would come to a nonviolent conclusion. Not out of Picard’s diplomacy, but for their mutual respect for each other and an understanding that they both accomplished their missions in their own respective ways.

So now the answer for the prospective viewer as to what incarnation of the franchise they should watch is entirely up to their own tastes. One who is more prone to watching an action show would get far more enjoyment out of TOS, and one who would like to explore morality and the more cerebral aspects of human nature would most definitely enjoy TNG better.

The argument is invalid. Both Captains have served their federations faithfully, and both were at the forefront of two of the greatest series in all of television. As for my opinion?

Well, some mysteries of the universe may never be solved.

How annoying is that!?

The Best Fictional Companies in Comics , Movie and Television