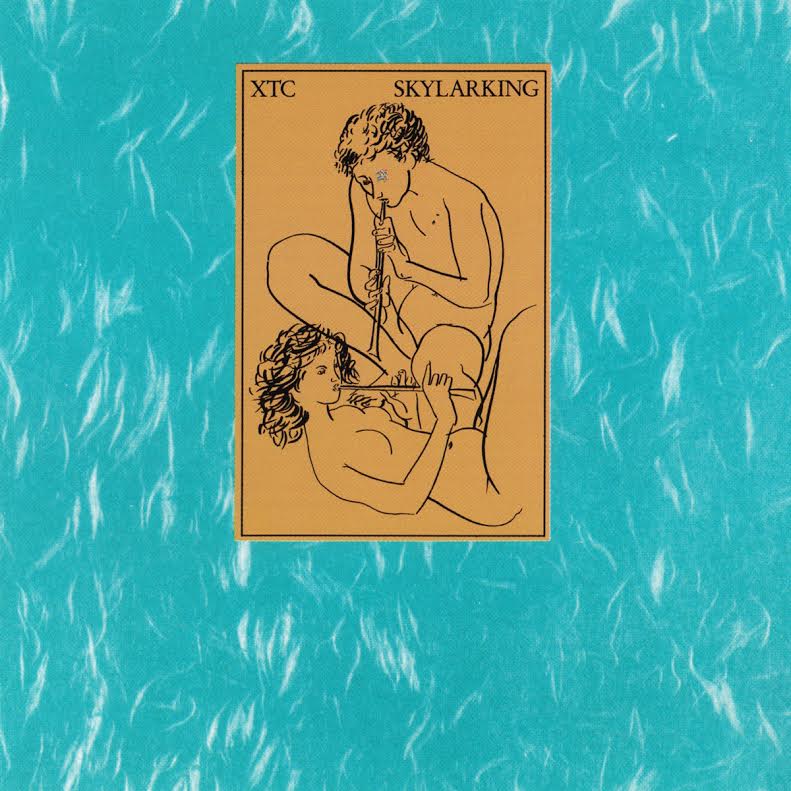 Hi all and welcome back to Jukebox Lullabies, where we look back on a band’s catalogue and I tell you what their best album is, and why. I’m so pleased to be taking over this column! I’m looking forward to covering a wide variety of music in the future, but let’s get down to business and talk about the reason I’m on this good green earth, XTC’s 1986 album Skylarking.

It’s hard and weird to talk concisely about XTC, partly because they spent such a long time as a studio project and partly because they went through a lot of different sounds over their immense and prolific career. Their early stuff is heavily influenced by the New York Dolls, much more punk inflected, raw, and necessarily unproduced. The recording philosophy of the first several XTC records was “nothing we can’t do live.” No overdubs, no studio musicians, nothing that couldn’t be cut live to tape (which it often was). Contrasted with the sounds they achieved later, these first albums are brash and unpracticed, appealing in their youthful energy more than anything else. I love early XTC, I do, but it’s hardly the best XTC. They had a string of hit-and-miss producers leading up to Skylarking, so naturally they went with the best in the business for their most ambitious album yet: Utopia’s Todd Rundgren. 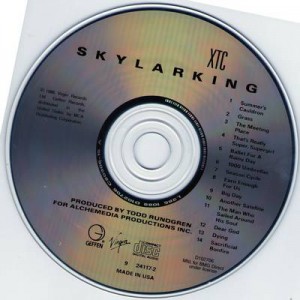 XTC was notoriously unhappy working with Rundgren, but even as a card-carrying Todd-hater myself, I don’t see why. If you know his catalogue at all it’s easy to imagine a million different ways he could have fucked this record up: immediately dated-sounding synthesizers, some glammy or over-the-top effect, or a cutesy self-referential throwaway track all spring to mind. He lends a lot to the record but it still sounds, at the core of it, like an XTC album. The string arrangements are the most obvious contribution from someone more inclined towards Art Rock than the Andy Partridge, but their scope is limited and used to striking and beatific effect.

The album was later described by singer Andy Partridge as “a summer’s day baked into a birthday cake.” XTC had been reaching into pastoral themes and writing about nature and farm life over several albums by the time they made Skylarking. These themes are translated masterfully into a whole, many-faceted statement with Skylarking. The album opens in a miasma of cicadas, nature sounds, and an aural soup that sounds warm, humid, and thick, before launching into the main melodic line of “Summer’s Cauldron.” The stage is set, and summer is cast as the force that stagnates, pulls you under and suffocates you against its glorious, sweaty bosom. Please don’t pull me out / this is how I would want to go.

What follows is a handful of marvelously consumable pop songs that keep alive the lush greenery invoked by “Summer’s Cauldron.” “Grass” and “The Meeting Place,” are a pair of Moulding compositions which are sunlight-spangled, dreamy summer love pop songs. They deftly cut by “That’s Really Super, Supergirl,” a bitingly sarcastic ode to a woman who’d rather save the world than spare her petulant lover’s feelings. I always felt like Supergirl had the right idea here, and furthermore that the point of the song was to mock whiny men who would rather their girlfriends lose because they themselves can’t figure out how to win, but apparently this isn’t the case. I am #disappointed.

A premature centerpiece to the album is the two-part “Ballet for a Rainy Day” and “1000 Umbrellas.” The first part is one of the more unashamedly psychedelic XTC tracks, a sonic puddle-jump between image-heavy lyrics and lovely, poignant melody. It is the exaltation of the elements, the immediate joy in the humid release of a torrential summer storm. It is, of course, cleft at its peak by the next track, “1000 Umbrellas.” This song deals with the sublime, great and terrible power of… a breakup. I don’t want to diminish the track at all, it’s the yin to the yang of “Ballet” and its use of a string section is pure, moving and lovely, but it is a breakup song. The whole is more than the sum of the parts, however, and no album exalting the nature of summer would be complete without a storm.

Check out “Ballet for a Rainy Day” and “1000 Umbrellas” here

In the wake of the storm, the petrichor of monsoon-soaked earth colors the rest of the record. The next string of pop tunes (“Season Cycle,” “Earn Enough for Us,” and “Big Day”) is as catchy as ever but carries a certain reflectiveness. “Season Cycle” is the most concise presentation of what Skylarking is striving to be, a long-form ode to this “vernal spiral” in which it is caught. (I read somewhere – I think in Neville Farmer’s XTC book Song Stories – that Todd Rundgren ragged Andy Partridge to no end for the line “about the baby and its umbilical, and I will take the opportunity to do the same. Who even pronounces it like that?!) “Earn Enough” is essentially a do-over of a track from Mummer, “Love on a Farmboy’s Wages.” “Big Day” is supplied by Moulding and is sonically beautiful, lyrically bland. How many songs will be written comparing marriage to a prison before we tire of the concept?

This is where the album begins to darken, and we wade into murkier waters. “Another Satellite” brings us out of the pop-inflected, summery jungle heat and plants us in the echoing upper atmosphere. Liberal reverb on the vocals, guitar, and big synth chords is pinned by an unwavering drumbeat. From here we move to the undulating tide of “Mermaid Smiled,”* which starts off with an intoxicating, strange acoustic guitar riff, only to build in frantic bongos, horns, and some sort of synthesizer wash. It’s overwhelming, it’s over almost as soon as it begins. We embark on “The Man Who Sailed Around His Soul,” the last Andy Partridge contribution to the record. This is a jazz tune, there’s no way around it. The piano works in thick major sevenths, the bass line and flute interplay is unambiguously jazzy. Even as the song reaches its climax the addition of more horns alleviates none of this – the instrumentation is bold and sounds, more than anything else on the record, like nothing XTC would ever again reach for. It’s a denouement for Skylarking, and if the album’s content is meant to span a day this is where we grope in the darkness of night.

I have mixed feelings about the second-to-last track on the record, “Dying.” It uses a vaguely Pink Floydian clockwork sample to keep the beat, under a planar sequence of weird chords. I’m the first to admit that writing a song whose climactic line appears to be the isolated phrase “a multicolored tea cozy” is a gutsy move, but that’s not what impresses me about “Dying.” It’s a home song, the first real pass we’ve had on the whole record at what we are giving up when we venture into the adopted world of forest and countryside.

The last song is a personal favorite of mine. “Sacrificial Bonfire” is like a sunrise. It opens a yellow smudge onto the dark horizon in an understated guitar line over cyclical timpani. The string arrangement here is transcendent. For all its disparate and variously brilliant parts, the album is tied together by this moment. There is room for young lovers on grass, a super-powered ex-girlfriend, and an eldritch mermaid witch to share the way the morning sun touches these verdant hills. This summer day belongs to all of us.

*I’m going here with the original sequencing of the record, which I think is better. “Dear God” is a popular song because counterculture is built and fed by shock-value antitheists. It’s not that I so much deplore the lyrical content – which happens to be overdone – it’s just not a very interesting song to me. 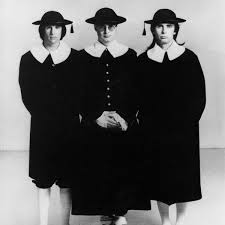 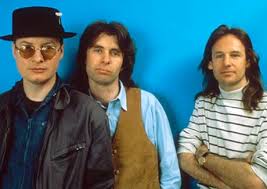