Now is your chance to catch the Judge John Hodgman’s podcast live. 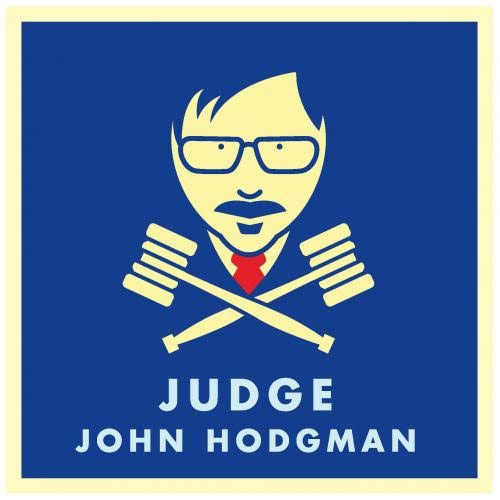 July 12, 2016 – JUDGE JOHN HODGMAN and BAILIFF JESSE THORN are riding the circuit to bring LIVE JUSTICE to a stage near you.

Along with surprises, special guests, and live justice lightning rounds, each show will feature a number of live hearings between people in YOUR TOWN. Judge Hodgman will listen to both sides and then tell them WHO IS RIGHT and WHO IS WRONG.

-is a hot dog a sandwich?

-when is it may someone else’s Chinese food be legally considered abandoned property?

-is it OK to rifle through the trash for prize coupons in a Canadian pizza parlor?

-will you order my mom to buy me a motorcycle and a vape pen?

If you have a long-simmering fight with a friend or loved one that you’d finally like resolved, submit your case to maximumfun.org/jjho and specify that you wish to be heard LIVE ON STAGE and tell us where you live. If we pick your case, YOU GET IN FREE.

Or, just shut your pie hole and come and enjoy this very rare live tour of JUDGE JOHN HODGMAN: LIVE JUSTICE.  John and Jesse will be meeting and greeting the audience after the show.

Brooklyn, NY: two shows on September 19 at The Bell House

Washington DC: September 21 at The Howard Theatre
For more information and to purchase tickets, visit www.johnhodgman.com/tour 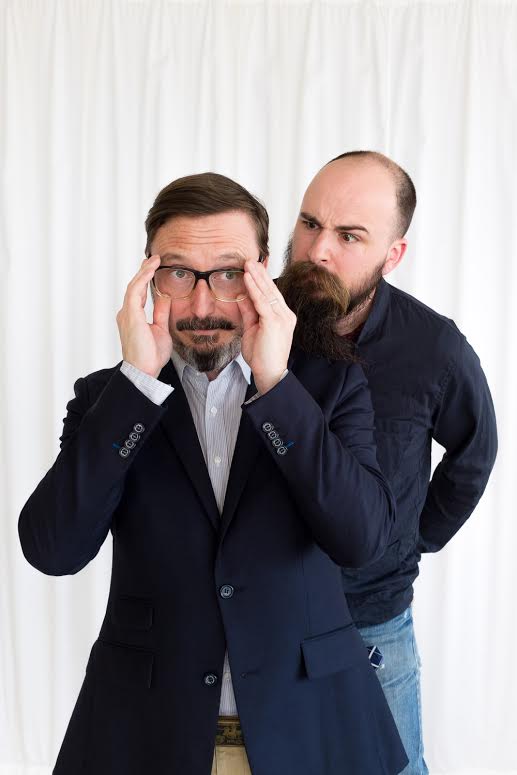 ABOUT THE JUDGE JOHN HODGMAN PODCAST

John Hodgman is a writer, comedian, and actor from Boston, MA who resides in New York.

He is the author of three books of fake facts and invented trivia, all of them New York Times Bestsellers, and his writing has also appeared in The Paris Review, This American Life, The New Yorker, and Mad Magazine.

After an appearance to promote his books on “The Daily Show,” he was invited to return as a contributor, serving as the show’s “Resident Expert” and “Deranged Millionaire.”

This led to an unexpected and, frankly, implausible career before the camera, becoming the “Personal Computer” in a series of commercials for Apple computer, and more recently playing recurring roles in FX’s MARRIED, HBO’s BORED TO DEATH, Cinemax’s THE KNICK.

He has performed comedy for The President of the United States, at the TED conference, and in a crypt in Green-Wood Cemetery. His apocalyptic comedy special RAGNAROK is available on Netflix, and his subsequent one-man comedy shows have played to sold out audiences in many nice theaters around the country and in Canada.

Finally, he is the host of the popular JUDGE JOHN HODGMAN podcast, where he settles serious disputes between real people, such as “Is a hot dog a sandwich?” and “Should we tell our children the TRUTH about Santa Claus.” He also contributes a weekly column under the same name for The New York Times Magazine.

He founded The Sound of Young America in 2000, while a student at the University of California at Santa Cruz. In 2007, the show began to be distributed by Public Radio International, making Jesse the youngest national host in public radio history. The show became Bullseye in 2012, and in 2013 it began being distributed by NPR. The show currently airs on more than seventy public radio stations around the country.

As owner of MaximumFun.org, Jesse oversees a network of more than twenty podcasts, along with video and other content production. The company helped set the template for the modern podcast network, and continues to be a leader in independent, audience-supported media production.

In addition to his work at MaximumFun.org, he hosts and helps produce Put This On, one of the country’s most popular web series and blogs about men’s style. He also hosted The Grid, a culture recommendation program on IFC, The Sound of Young America on Current TV and has appeared on IFC’s Comedy Bang Bang among other television outlets.

A native of San Francisco’s Mission District, Jesse lives in Los Angeles with his wife, sons Simon and Oscar and two dogs.