Get Out successfully tackles racism head-on in this true gem of a movie. 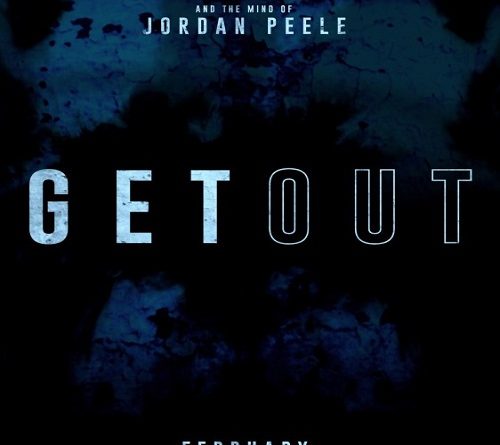 With the normalization of blatant racism at a seemingly all-time high, a horror movie about it seems all-too-real. Though it’s not surprising that Get Out comes along at such a time, the surprise lies in the film’s writer and director, Jordan Peele. Who knew the funny guy who helmed Key & Peele could also do horror?

Chris (Daniel Kaluuya) is apprehensive about spending the weekend with his girlfriend Rose’s (Allison Williams) parents in their wealthy suburban home. The problem? Rose is an upper-class white woman, and Chris is a black freelance photographer from lower-middle. Rose has not told her parents of Chris’ ethnicity, and Chris, over his lifetime, has obviously faced diversity due to his skin color. He’s gotten used to racism and probably even has close to a sixth sense as to who will have adverse reactions to him; a lifetime of prejudice will do that to a person.

The weekend, however, isn’t as bad as he thinks it might be. It’s much, much worse. And that’s just about all I can say without spoiling anything – though I would really like to say more. There’s a big surprise in store for the unsuspecting viewer in Get Out, and I can put money on the fact that you won’t guess it. It’s so insane that it is very much worth it to go into the film with nothing spoiled. I am a caucasian male in my mid-twenties. I understand that meeting a young woman’s parents is stressful, as I’ve been there myself. But I have never felt the prejudice that is inflicted upon so many of my fellow Americans. The entire nation that we are living in was founded on the backs of Native and African Americans – and still today they feel the oppression. Though most horror films are rooted in at least a bit of fantasy, Get Out included, Peele gives people such as myself insight as to what I am sure Peele must have faced on at the very least one occasion in his life. That’s not being racist; it’s an unfortunate, hideous fact that bigotry is alive and well in Trump’s America. It was here before. Now, it seems to be more brazen and outspoken than I have ever seen in my life thus far.

There are many who believe politics should be kept out of art, and that art – film and music especially – is made for enjoyment and escapism. Those people are wrong. Get Out may not be the most serious film in the world (there is plenty of laugh-out-loud humor sprinkled throughout), it forces us to confront a horrible situation. Somehow, some way, black people in America are still being oppressed. We need to acknowledge it. Only then are we able to begin fixing it.

But this is not a film steeped in heavy doom and gloom. Peele’s comedic background comes into play in delivering many light sequences, the best of which being between Chris and his friend Rod 9Lil Rel Howery) via cellphone. Their dynamic is incredible, and in fact, every single actor in this entire movie delivers a spotless performance. In moviemaking terms alone this is an incredible movie. The pacing, acting, and script is all flawless. It’s not often that you come across a film, let alone a horror film, that you could say that for. If I am going to be honest, though, I feel that Get Out could have used a little more tension and dread during the film’s climax. It was a dangerous situation, but I feel it could have been pushed farther. And in keeping with my decision not to include spoilers, that’s just about all I can say. We’ll talk after you’ve seen it.

With that minor complaint aside, it’s important to note that I feel that complaint is just that: minor. Every other aspect of Get Out is as sharp as a knife. It’s competently made and highly rewatchable. I sincerely hope that Peele produces another horror movie because he seems to be on the right track. He’s making a statement with his art, and in times such as this, there’s no better way to be using the medium of film.

Get out of your damn house, stop reading things on the internet, and go see this movie.