Joe Hill’s ‘The Fireman’ Burns Brightly I’m going to come right out and say it – someone needs to take whatever Joe Hill uses to write with away immediately.... 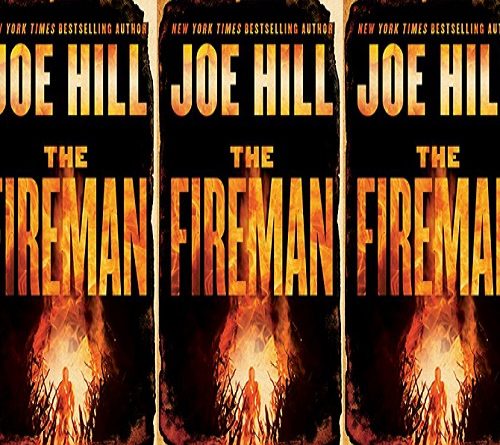 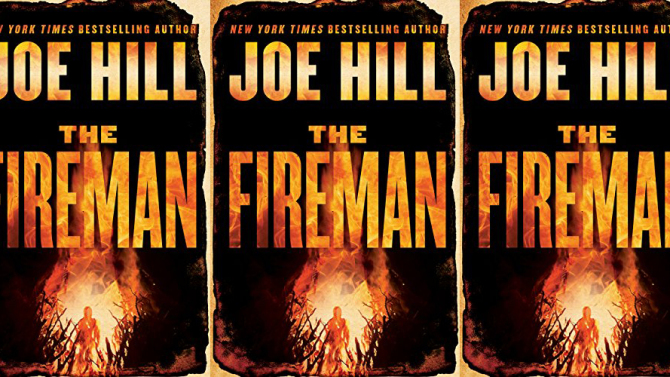 I’m going to come right out and say it – someone needs to take whatever Joe Hill uses to write with away immediately. Burn his computer and rip up his pages. The very act of Hill writing should be illegal. It’s just too damn good.

I first because acquainted with the man’s writings through a book titled Heart-Shaped Box, which was devoured, not read, by me in a matter of a few short hours. It has since become one of my favorite horror novels ever written. The Fireman, Hill’s most recent sci-fi/post-apocalyptic behemoth, was just as addicting, if not more.

Taking much influence from writers such as J.K. Rowling and Ray Bradbury, the story has an almost fantasy-like quality to much of it which makes for a highly entertaining blend of end of the world fiction and relatable human drama. The book focuses on a nurse named Harper Grayson, a caring, almost saintly kind of woman, just short of obsessed with Mary Poppins. The world is being consumed by a bacterial spore nicknamed the Dragonscale, which causes people to spontaneously combust into flame, spread by coming into contact with the ash of the smoldering flames. Her world quickly gets turned upside down when she becomes infected with the virus – and as luck would have it, there’s a baby gestating inside of her.

While I certainly could go further into the plot, I feel that it is best left as a surprise. There’s a lot going on in this 752 paged epic, and the length is more than reasonable. There’s a lot of character development and dialogue that some may call fluff, filler even; however, I consider it to be the exact opposite. What Joe Hill does here, and what he did so well in Heart-Shaped Box, is took the time to let the reader truly get to know these characters. To let us feel what they feel. To give us a real, intense look into their lives. If done correctly, finishing a book will feel like saying goodbye to a good friend. When I put down The Fireman, I felt as if I waved farewell to numerous loved ones. Days later, I still miss them.

A surprising aspect of this book is that there’s not much of horror in the classical sense at work here. There are no ghosts or ghouls to be found in The Fireman. The horror lies in the actions of your everyday human beings and the terrible things they are capable of once things get desperate. And anyway, the thought the entire world being consumed in flames by humans bursting from the insides is scary enough. Those looking for straightforward horror may be disappointed – or pleasantly surprised, as I was.

No, this book was not what I expected at all when I first picked it up. But really, aren’t those the best kind of books? Joe Hill’s The Fireman is horribly addicting and filled to the brim with plot twists and interesting developments that will keep you awake long into the night. Take the time to really get into this book and give it a chance despite its length. You will be happy you did.