Jimmy’s Bastards, Aftershock’s new spy title is everything that fans of the genre deserve and then some. This book written by Garth Ennis (Preacher, Punisher, Hitman) and brought to...
by James O'Donnell May 22, 2017

Jimmy’s Bastards, Aftershock’s new spy title is everything that fans of the genre deserve and then some. This book written by Garth Ennis (Preacher, Punisher, Hitman) and brought to life by artist Russ Braun (Fables, Battlefields) furthers the modern deconstruction of the 1960’s Ultra-spy archetype that we’ve seen in the Archer and Kingsmen franchises but turns it on it’s head with a brilliant new twist. 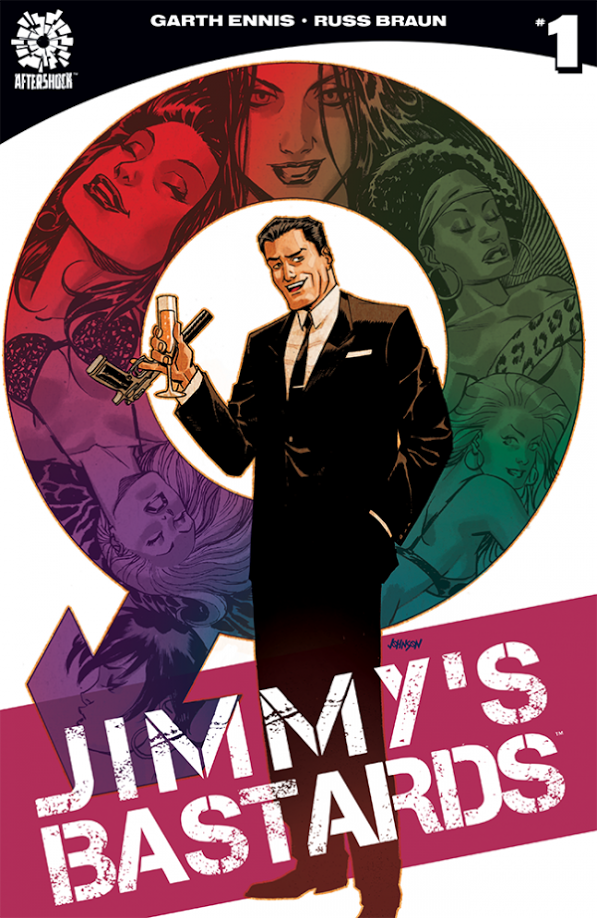 I would never go so far as to ruin the book for anyone who will be picking it up when it hits shelves this June (and by anyone I mean everyone) but I totally wish that I could. The reader is met with an veritable onslaught of tropes from the golden era of spy-fiction (spy-fi?): a crass, Bruce Campbell-looking British alpha-male, kicking the absolute crap out of a colorful cast of villains with ease, the obscene amount of puns and day-drinking peppered with references to Winston Churchill and anonymous sex, it’s all there. One of the most fun things about the villains in the early part of the story is that they were deliciously reminiscent of the Guy Fawkes basement dweller meme and Mojo-Jojo from the Powerpuff girls, which made their inevitable defeat all the more satisfying for the reader. 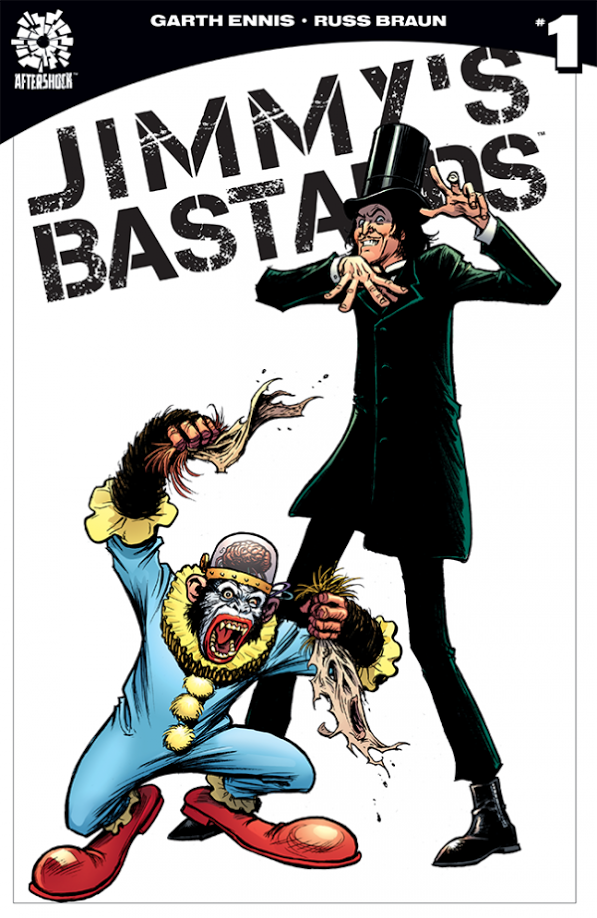 We’re then introduced to Jimmy Regent’s new partner (because he keeps banging his old ones out of commission) a tough, no-nonsense female agent with more than a few chips on her shoulder. The dynamic between the flippant Jimmy and the humorless Nancy promises to deliver some fantastic chemistry in future issues. Beyond that there is the standard boiler plate for this type of story; sex, violence and of course a cult hell bent of the destruction of society.

The art with the colors lends to the retro-futurist aesthetic that is conveyed by the storytelling and allows the reader to focus on Braun’s incredible skill as an artist. Aside from the impeccable character design I’d have to say my next favorite part about the art in this book would be the classic British poster print of Winston Churchill holding a Tommy-Gun (when in doubt, kill a Kraut) and the portrait of Queen Elizabeth in Jimmy’s apartment (or is it flat? I don’t know from British-isms). 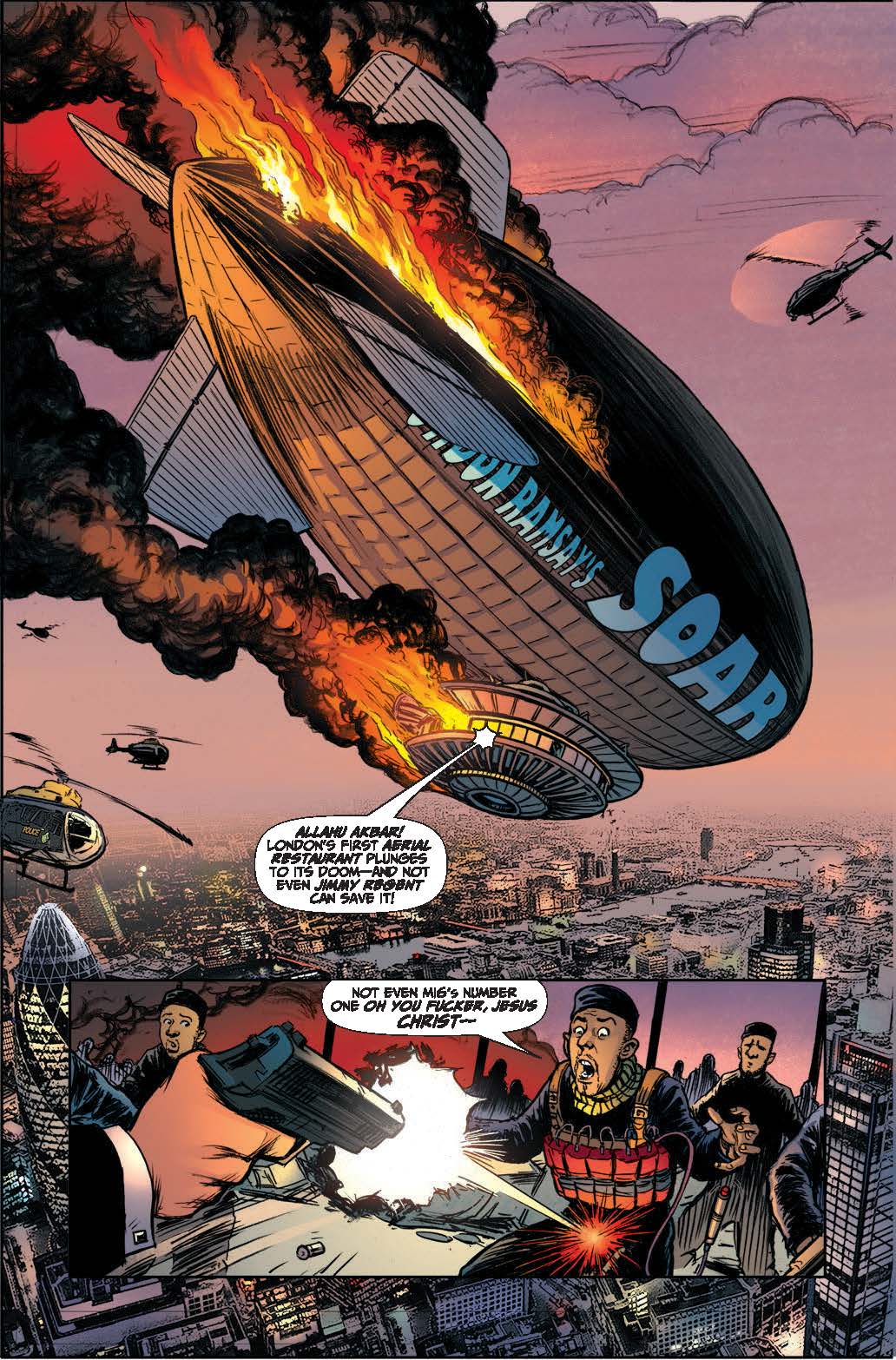 Ennis proves yet again the he’s more than capable of taking a well established genre and turning it on its head as the ending of this book will leave readers on the edge of their seats in anticipation for next month’s issue. I think the thing that surprised me most about this story was the fact that I was genuinely enjoying the ride at face value for the first 15-plus pages until Ennis flipped the script and now has me wondering what will come next.

Overall I’d have to rate issue 1 of Jimmy’s Bastards an absolute Must Buy on the Geeked Gods rating scale for its surprising new take on a genre that’s been parodied, gritty re-booted, parodied again and re-invented. This is a book that should absolutely be added to you pull list if you have any taste whatsoever. 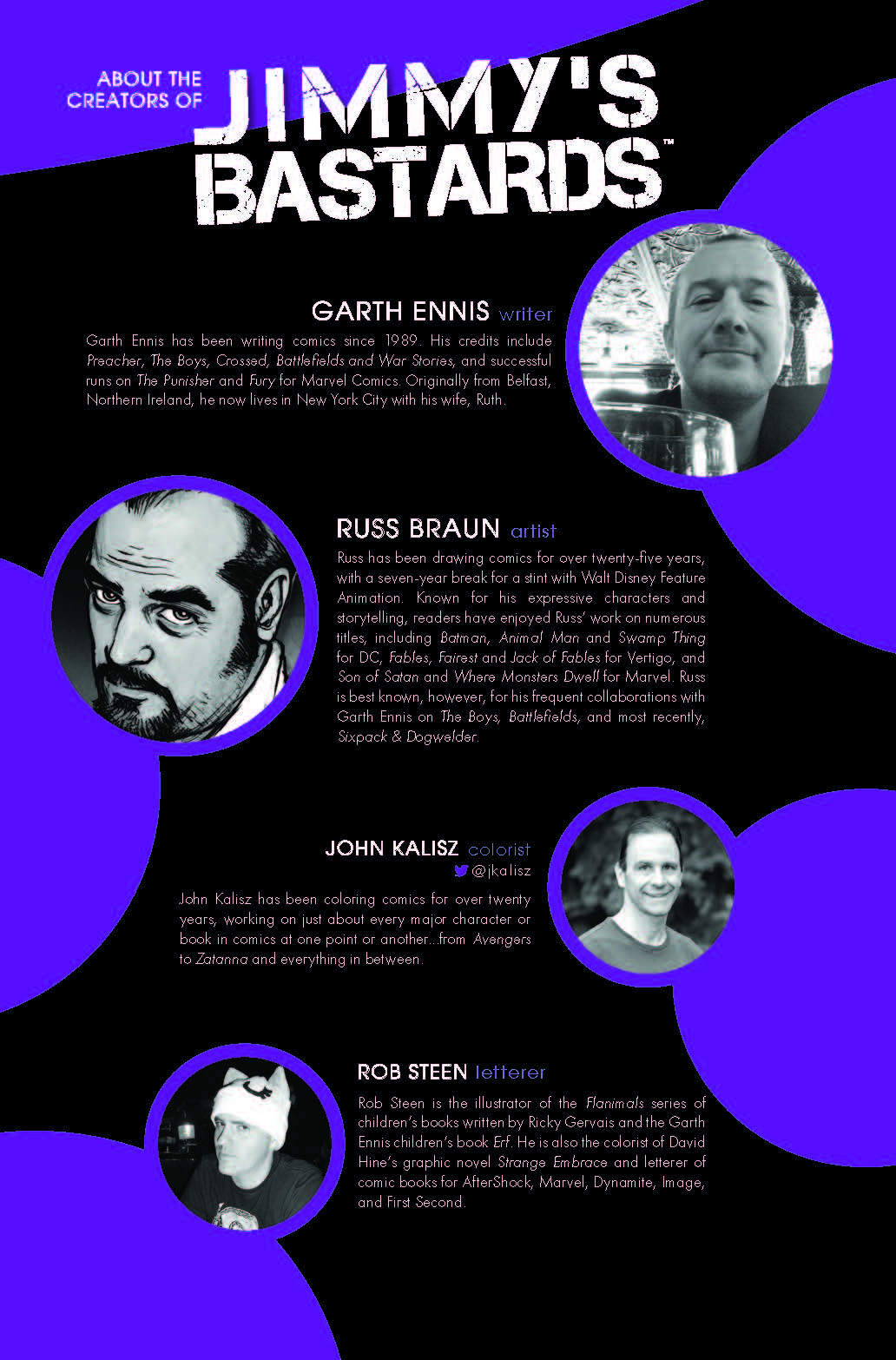