My Review of Jessica Jones Netflix, stream all 13 episodes at one shot Please be advised there are some spoilers so please don’t read until you finished the series,...
by Ashish November 24, 2015

My Review of Jessica Jones

Netflix, stream all 13 episodes at one shot

Please be advised there are some spoilers so please don’t read until you finished the series, I tried to minimize the spoilers but some are there.

Jessica Jones is about well, Jessica Jones a private investigator with Super Strength, Super Leaping abilities who has been running away from her past and continues to be tormented by it. Kudos to Melissa Rosenberg and Marvel for tackling difficult subject matter. We see themes of abuse, survivors guilt and hopefulness, even when things look most bleak. Jessica Jones struggle is brought to life by Krysten Ritter. She believably conveys Jessica’s struggle and her difficulty rising above her torment and her inner conflict.

Jessica Jones knows she has done terrible things and although not always responsible for these things she feels the guilt. Every character in the series has suffered trauma, most caused by Kilgrave some caused by Jessica. Each person deals with that trauma differently some people turn to the light and better the world like Malcolm (Eka Darville) or some people embrace the dark and make those who caused your trauma suffer ala Simpson (Wil Traval). We see Jessica try and redeem her tormentor but alas…. We also see her struggle with whether it’s right to kill Kilgrave. We also see her and Luke Cage holds back when fighting bad guys cause they understand those people were not in control.

Kilgrave aka the Purple Man is the main villain a man who has been in the Marvel Universe for some time. He is one of the scariest villains Marvel has introduced in its cinematic universe. His ability to control a person through his words and thoughts is downright terrifying. Yet with David Tennant’s performance, I felt the character was charming and elegant and was easy to visualize people being under his control. Even with the charm, I always was aware that he was a villain and had nefarious plans involving Jessica. His obsession with Jessica is his flaw, we see the lengths he does to try and win Jessica Jones over and how he harms the one he loves because he loves her. Again does he love her or is he upset he can’t have her. Again great performance by David Tennant.

The Supporting casts acting brings Jessica Jones to the next level some of the best casting was done to fill these roles. 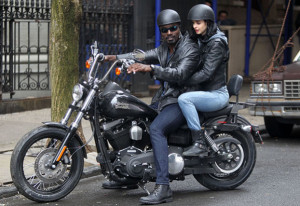 Before Jessica Jones, I could not see Mike Colter playing Luke Cage but Sweet Christmas, his acting in this series changed my mind and I cannot wait for Luke Cage….

Also, Rachael Taylor’s portrayal of Patsy aka Wildcat is amazing and holds true to the character’s comic origins she plays the part well, am I the only one who wants to see Marvel do a Trish Talk series…. She also needs a new Doorman what the hell are they all blind. No that’s not a Daredevil joke. But she has to have the worst doorman ever. 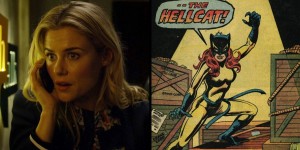 Another amazing acting portrayal was Wil Travals as Will Simpson

This Character is based on another character known as Nuke, the origin was changed for the series but kept the most important part… Remember kids one Red to get you going, One Blue to bring you down and Two Whites to even you out….. Check out our spotlight on Nuke out tomorrow. 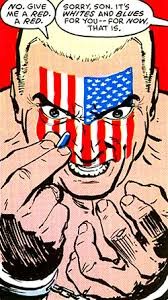 Also, Carrie Ann Moss as Jeryn Hogarth is beautifully written and acted  you never know where she stood or whose side she was on it was the perfect portrayal of the character.

The story is great with several nods to the characters roles in the MCU and the writing is written with such wit and raw in its approach to the subject matter. Again Kudos to Marvel for showing the trauma and  the other side of what it is to be a hero and how hard path it is to follow.

It’s a great series although a few episodes felt a little long overall it had great pacing, but other than that it’s a great series the supporting cast is amazing and very well written.  It is also great that Marvel showed a commitment to diversity with this show not only was this a female led show but it had an interracial relationship and showcased subject matter not typical of superhero fare.  This show shows that audiences want more diversity in their shows and Marvel universe. This is definitely a step in the right direction.

Marvel knocked it out of the park again can’t wait for Iron Fist or Luke Cage. We want Jessica Jones season 2…