There's more than meets the eye about this film. Let's discuss. 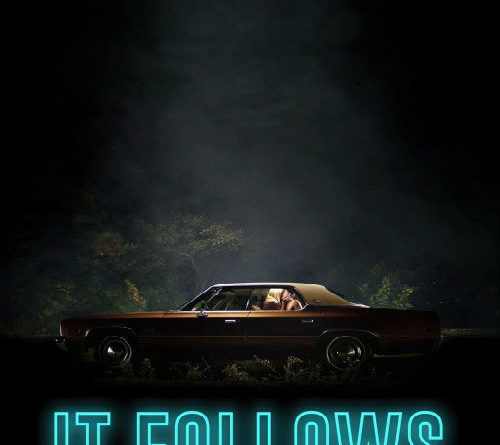 Few movies in the past twenty years have been as groundbreaking as It Follows. Despite the fact that it was released so recently, I’m ready at this point to call it one of the best horror films ever made. A bold claim indeed, but please take into consideration that this is coming from someone who, after the first watch, considered the film “just alright.” After numerous viewings, however, I’m singing a completely different tune.

But before those who hate this film jump down by throat – and I know there are many of you – please hear me out. It Follows has been insanely controversial in the realm of horror cinema, but not “controversial” the way that 1980’s Cannibal Holocaust was. It’s a different type of horror, one that is unique and determined in its vision; a type of horror that we’ve seldom seen at the movies before.  The controversy of the film is not based on levels of ultraviolence; instead, the controversy comes from those who hate the film because it is too foreign and strange for them. For many, the movie is equivalent to a cinematic dose of Nyquil.

Initially released in 2014 before given a wide release in March of 2015, It Follows attempts to transcend this bloated genre of Freddys and Jasons with an unsettling feeling of the unknown. While many films end up overexplaining the villain, It Follows explains absolutely nothing. There isn’t even a name for the “It”. It just…is.

We do know some details, however. As funny as it may sound, “It” is, for all intents and purposes, a walking, murderous STD. It’s a curse that can only be transmitted through sex. One that is inflicted with “It” cannot stop it. “It”, whatever it is, is forever walking in a straight line to wherever you are at this exact moment. Once it catches up with you, the result is a gruesome death.

It’s quite simple in these rules. This thing may look like someone that you know. It may also come in the form of a total stranger. The caveat is that only the afflicted can see it – everyone else is oblivious. In that sense, the victim is completely alone. But when a suburban teen in Detroit becomes cursed, if that’s what you’d like to call it, she and her friends (Maika Monroe, Keir Gilchrist, Olivia Luccardi) attempt to band together and defeat it.

What It Follows does so successfully is take a number of tired horror tropes and flips them on their head, introducing the viewer to a film that, for better or for worse, stands alone. The complications of sex in the world of horror are nothing new. Even someone barely acquainted knows that in a film like Friday the 13th, a character that partakes in sexual activity will undoubtedly become a victim soon enough. But these deaths generally come about soon after the act, and they are often accompanied by many other factors that go into the probability of death for a teen in a slasher movie – drug use, walking alone in the dark, or simply being unlikable. In the conventional slasher, a character is prone to commit a “deadly” sin and then have their head lopped off or limbs shredded apart.

Writer and director David Robert Mitchell is not interested in doing that, however. In this film, the victim isn’t a guilty, obnoxious teen, and their deaths aren’t plentiful or quickly introduced. They are unrelentingly stalked in what could go on for years if the afflicted is abe to successfully evade their demise. The cinematography, pacing, and musical direction of the film all work in harmony to give the viewer a sense of tension and unsettling fear. Those in the audiences know just as much as the characters do at all times. It is unpredictable and scary, lurching and crawling to a conclusion that is both ambiguous and satisfying. For some.

Many casual moviegoers have complained that the film explains very little. And in that sense, they are completely correct. At the same time, I believe this to be the number one strength of the film. Throughout the course of Mitchell’s film, you never find out what “It” it. It never gets a name. There is no backstory. The only evidence of this thing existing is the trail of death it has left behind. The ending, much like the nature of this horror itself, is left open to interpretation.

Is the film just about the dangers of sex? Is it an apple in the garden scenario, stating that sex and intimacy may come with more baggage than one may initially think? I don’t think so. In It Follows, I believe sex to simply be the catalyst. This could have been replaced with pretty much anything – a type of food, an elixir, a mysterious artifact. The simple fact is, whatever started this thing does not matter. All that does is that “It” is going to get you. No matter what. No matter how many people you pass it on to. It will come back.

With that in mind, I think that this film is more about the simple inevitability of death over everything. “It” may be a metaphor for mankind’s mortality, ever creeping, ever watching. Yet, at the end of the day, this would mean absolutely jack squat if the movie wasn’t extremely riveting.

I, like countless others, found the film to be amazing – though at first, as I stated, I was not convinced. It was only after I realized how embedded it was in my memory did I realize how incredible it is. Something about it latched onto me and pulled me back into it again and again. It is a think piece as much as it is a horror movie. This is a film that relies on subtext but can also be taken at face value, therefore pleasing both fans of scary movies and more of viewers.

While many praise the slow pace and the addictively good soundtrack and overall atmosphere of the film, maybe just as many are overwhelmingly vocal about their dislike of the film. It bored many viewers who were expecting something more conventional, something more familiar. And I can absolutely see that as well.

It’s common knowledge that anytime something is overwhelmingly popular it will receive some sort of backlash. Hell, there are people in this world who claim to like having fun yet they have Star Wars. This film, with a budget of $2 million, would go on to make $14.6 million domestically. Not bad for an indie horror film that seemingly came out of nowhere. It’s a strange type of controversy, much like what made Robbert Egger’s The VVitch so controversial; people simply seem to love it or hate it. For whatever reason, it’s hard to find an in between.

If you have never seen It Follows, I would advise you to do so immediately. The acting, the score, the cinematography; everything about it is hauntingly gorgeous and deep. And if you saw it, but didn’t like it, that’s okay, too. If you didn’t find it scary, that’s perfectly alright. But just think about this: how would you feel if you knew that death was stalking you at every moment of every day? How would you feel if you realized that there was something coming for you eventually, and it may come at a time when you least expect it?

Because that’s a universal truth. Consider that, and you may view the film a bit differently.