Expectations are exceed during in the 2017 version of IT. 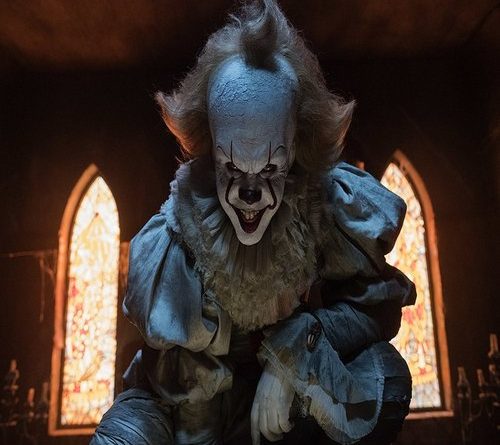 eyThis is bound to trigger many people, and for that, I’m sorry. But I’ve got to say it regardless. The torch has been passed, and the definitive face of Pennywise comes in the shape of Bill Skarsgard. The 2017 It reboot has shattered all expectations – and those expectations were exceedingly high to begin with. Stephen King owes director Andy Muschietti a firm handshake.

There are some who claim that the 1990 miniseries can never be topped, but I think that’s the nostalgia speaking. There were network limitations and there were technological limitations. The times were different. However you’d like to spin it, there just was no way that there would be able to be a truly faithful It adaptation on network nearly 30 years ago. Tim Curry was great – there is no denying that – but the overall package, as a whole, was watered down.

2017 It is unafraid to really, truly get gritty. It’s kind of taboo to depict a six-year-old getting his arm ripped off (to say the least), but Muschietti is not afraid to go there. It’s a scene that comes right in the very beginning and it is nothing short of tragic; right away the film sends the message that It in 2017 is going to be a traumatic experience through and through.

It, much like the original novel, is filled with heartbreak, humor, and horror. It understands that hey, look, kids curse. They don’t follow rules. This is not the Disney Channel, folks, this is a movie that wants to get close to real life – despite the presence of a shape-shifting sadistic clown.

The cast is phenomenal, most notably Sophia Lillis, who plays Beverly, Jaeden Lieberher, who plays Bill, and Stranger Things star Finn Wolfhard as Richie, who gives a mammoth amount of comic relief throughout the film. Richie is beyond hilarious here, and Beverly is painted as a complex, emotional character. The rest of the Losers Club are great in their own right (though the character of Stan is more or less a throwaway addition to their little crew), and they carry the film with charm and wit.

But then there’s Pennywise, and everyone has been wondering how the 2017 version of It will bring him to life.Skarsgard is an absolute terror as the titular character. His makeup and costume design is excellent and differs just enough from the 1990 version to make him look distinct instead of a slight makeover. Though there are some scenes when the CGI is a bit obvious, especially in certain shape-shifting scenes, it seems like a necessary evil at this point. With changes in technology, I’ve had to, unfortunately, come to the conclusion that CGI is the future. There are times in classic movies that were done with completely practical effects and they stick out like a sore thumb. This is the case with CGI as well; we’re still just not used to it the way that we are with practical effects.

Put succinctly, It is a phenomenal piece of horror cinema. Though there are some clear differences from the novel, this is an adaptation. I can see no point in doing the exact same thing that King wrote back in ’85. Muschietty makes numerous changes to the story but all are respectable and don’t feel out of place in the slightest.

It is the best horror movie of 2017 – possibly the best in the past decade. I will be seeing the film many, many more times before it’s gone from theaters. You should as well.