Review: So There by Ben Folds   by Magdalen Jenne @vintagerainbows   Virtuoso multi-instrumentalist, composer, songwriter, and garage rock hero Ben Folds has laid a lot of road down... 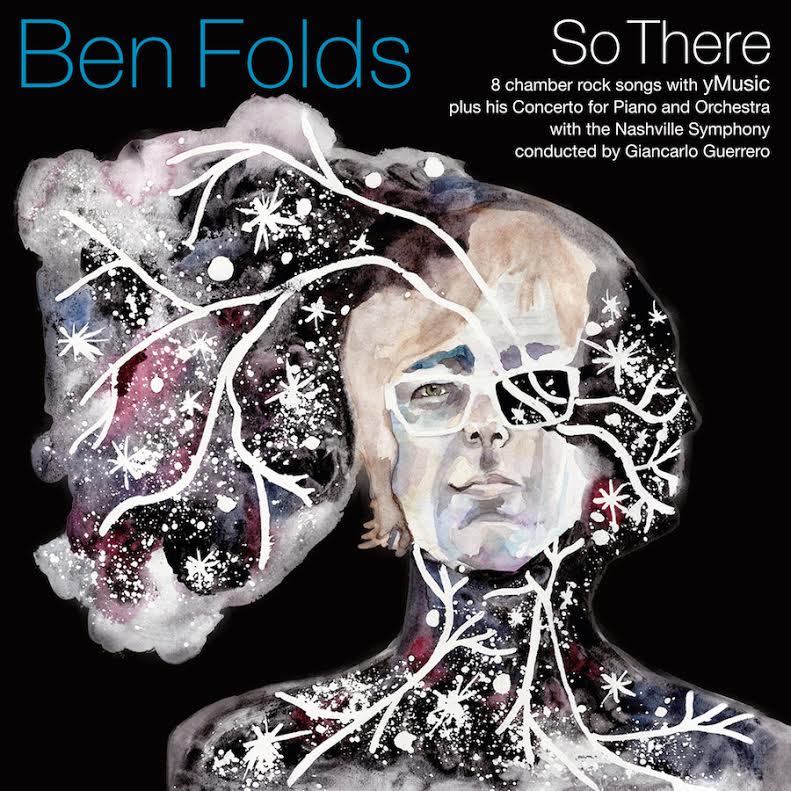 Review: So There by Ben Folds

Virtuoso multi-instrumentalist, composer, songwriter, and garage rock hero Ben Folds has laid a lot of road down between himself and Ben Folds Five, his group which disbanded (the first time) in 1999. Between solo studio albums and EPs, collaborations with college a cappella groups, William Shatner, and author Nick Hornby, and a tour schedule that just won’t quit, he’s made a valiant effort to establish himself away from the eponymous group for which he was once known (despite the 2012 reunion album and tour). All this effort, yet So There is probably the first time I haven’t heard a lingering echo of the Five on a Folds solo record. 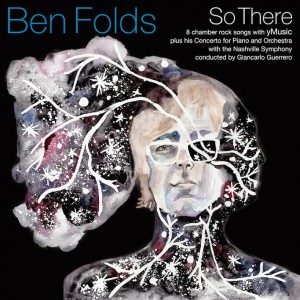 When I read that the new Ben Folds included an original piano concerto I was ready to dig out my dog-eared college copy of Sonata Forms and get down to brass tacks as well as I remember how, but I changed my mind when I heard a little of what Folds had to say about the record:

“I want to piss in your yard with this album.”

Fuck it, I don’t need to include a crash course in harmony and orchestration to talk about this album. This is attitude, it’s feeling. Ben Folds’s songs have been alternately humorous, or heartbreaking, or quite often both, but at the core of them they’ve always strived to relate to their audience. This isn’t any different, it’s just got an orchestra behind it.

The front half of the album is a collection of chamber pop songs recorded with the NYC-based chamber group yMusic. They run the gamut of pop song forms but there’s something for every Folds fan: those inclined to the balladry of tracks like “Fred Jones Pt. 2” and “Evaporated” can hang onto the sardonic waltz “Not a Fan”; uptempo crowd-pleasers “Hiroshima” and “Draw a Crowd” are joined in the Folds canon by “Phone in a Pool” and the title track. As much as I’m determined to treat this like a Ben Folds album, though, there’s no denying that some of these tracks could not have been executed without the unique opportunities and limitations of writing for a chamber ensemble. “Capable of Anything” reminds us that Ben Folds is just that: the orchestration is soaring and ambitious, with flute at the forefront. “F10 A-D” is an, I’m assuming, improvised exploration of the ensemble tuning up. For all that the layman might assume writing for a chamber group would limit an artist’s sonic pallet, it’s really a diverse handful of songs with a couple of absolute gems. We’ll get to those in a minute; I want to talk about the concerto.

It’s not entirely unprecedented to include an original piano concerto on an album of popular music, but it bears saying that the only other one I can think of off the top of my head is what bankrupted Emerson, Lake & Palmer. I can get what Ben Folds means when he gets defensive of the record: it’s incredibly rebellious, it’s asking a lot of participation from the listener that he hasn’t reached for on any of his previous albums. The Folds fans I’ve known have consistently cited his songwriting – that is, his lyrics – to be the primary draw. The music is great, and maybe we all would have dug an instrumental version of “Brick.” But… Probably not. There’s something amazingly human about Folds’s lyrics, with great examples on this record. This concerto – and in my experience a lot of orchestral and instrumental music – is not going to reach out and imbue a listener with meaning. Here it becomes the job of the listeners to color the music with significance, to lend this orchestra their own amazing humanity.

I’ve listened through the concerto a few times, without my old, battered Rosen books. I love the second movement. I’m still forming opinions about the rest, but there’s enough there that it makes me want to.

The song “So There” is an example of beautiful orchestration, certainly, but it also makes obvious that the more things change, the more they stay the same. This is probably my favorite track musically, but it’s another Ben Folds song about a breakup. And yet… It isn’t. It’s so cynical. This is the breakup song of a middle aged guy with four divorces behind him saying “fuck it, it doesn’t matter.” Compared to 1999’s “Don’t Change Your Plans,” which talks about a functional breakup enabling each party to pursue their separate dreams, there is no thought here being given to the future. It’s not the end of the world – it might not even be the end of the week for this narrator. It’s just one of those things.

Ben Folds is nearly 50, if you can believe it, and the relationship he’s had with fame and his artistic brand is reflected in several tracks, not the least of which is the last of the songs pre-concerto. “I’m Not the Man” is a mourning, or maybe more accurately a celebration, of the deaths of younger iterations of the artist. “I’m dancing on my own grave” is a great line. There is joy there – this isn’t the “best imitation” of Ben Folds, this isn’t Ben Folds trying to recreate the sound of the Five. This is where he’s at, right now, the real thing. So there.